Two easy wins to open the season and then two straight losses. It’s not the way the North Shore football team figured the season would unfold.

But here the Vikings were, the preseason top-seed, and they were mired in the middle of the Nassau Conference IV standings with a less than impressive .500 record.

"We had to do a little soul searching and start to play better as a team," said North Shore coach Dan Agovino, "We had some growing pains and we had to find our stride. We came together in midseason and we took off." 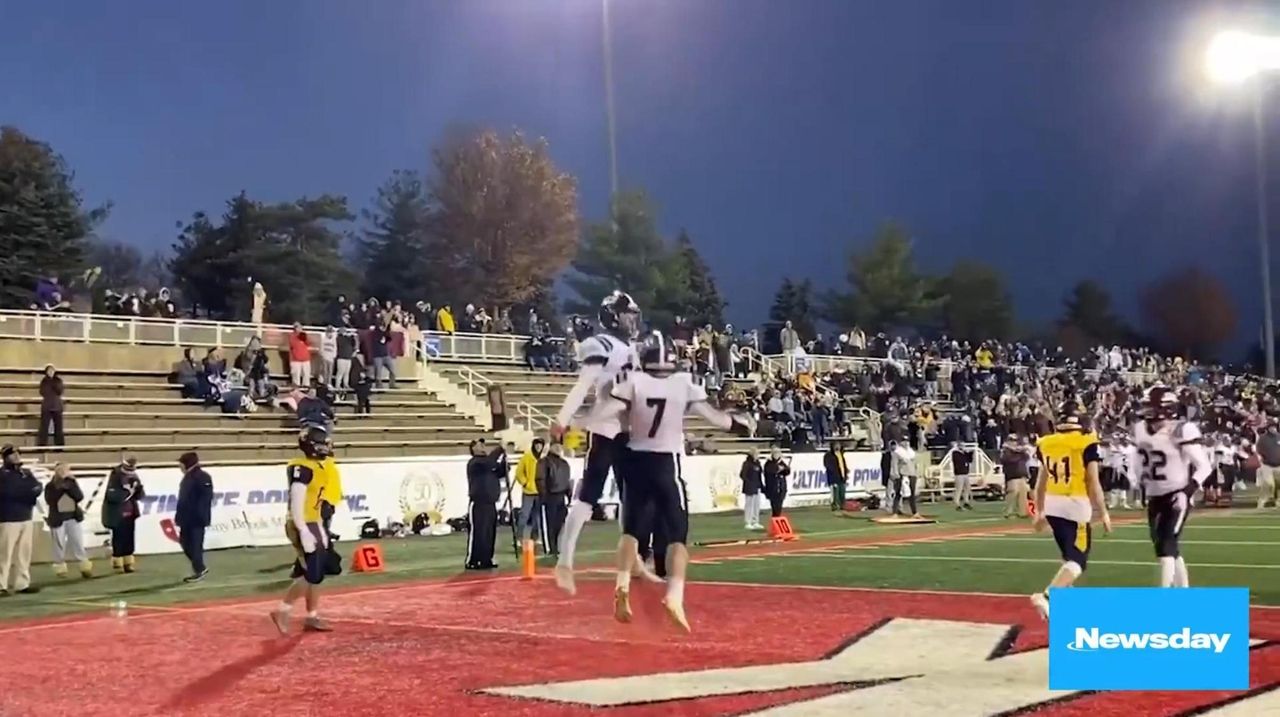 A change at quarterback, a change in attitude and all for one chemistry helped North Shore to finish on top.

"It’s just a tremendous feeling," Agovino said. "I’m in my 20th year coaching and we’ve had some great athletes and teams over the years. But to finally get over the top and bring home the hardware was so special. It’s been a long time coming. We’re a proud program."

The Vikings didn’t just drop two games. They came off two road wins and then lost two at home. They dropped a 14-13 decision to Cold Spring Harbor and then a 28-19 loss to Class IV nemesis Seaford.

"We had to make a change and after the Seaford loss we had to figure out why we weren’t clicking.," said senior Dan Quigley, who starred at quarterback and halfback and scored the lone touchdown in the Class IV title game. "Our effort in practice wasn’t there and we needed to shake things up and maximize our assets."

In Week Six of the regular season, Quigley suffered a concussion and was forced to sit out the Island Trees game. Agovino moved halfback Peter Liotta to quarterback and when Quigley returned, moved him into the halfback position.

"When Quigley came back, he was sharing the carries with Nick LaRosa and running the read option," Agovino said. "And Liotta was leading the offense and the defined roles were simplified and embraced by everyone – and we clicked."

North Shore rolled past Malverne in a Nassau quarterfinal, 47-20, and Clarke by a score of 42-16 in a semifinal. And then they avenged the first loss of the season with a hard-fought, 21-14 win over Cold Spring Harbor.

"Our defense was playing at a high level," said junior defensive end Reece Ramos, who blocked a punt in the championship to set up the winning score. "It definitely helped propel us to the championship. We had confidence going into the playoffs that we could win the whole thing."

Quigley, who was lights out on the Vikings defense, said teamwork keyed the championship run.

"Our balance as a team and our physicality would make the difference for us," Quigley said. "We had a 1-2 punch in the backfield with me and Nick sharing carries. And he made the great block on the end for the touchdown run against Shoreham."

"We finished an unbelievable run in a great atmosphere in front of our fans," Ramos said. "Now we get back into the lab and get ready to defend our title. It feels good to say that."

ROAD TO THE CLASS IV CHAMPIONSHIP