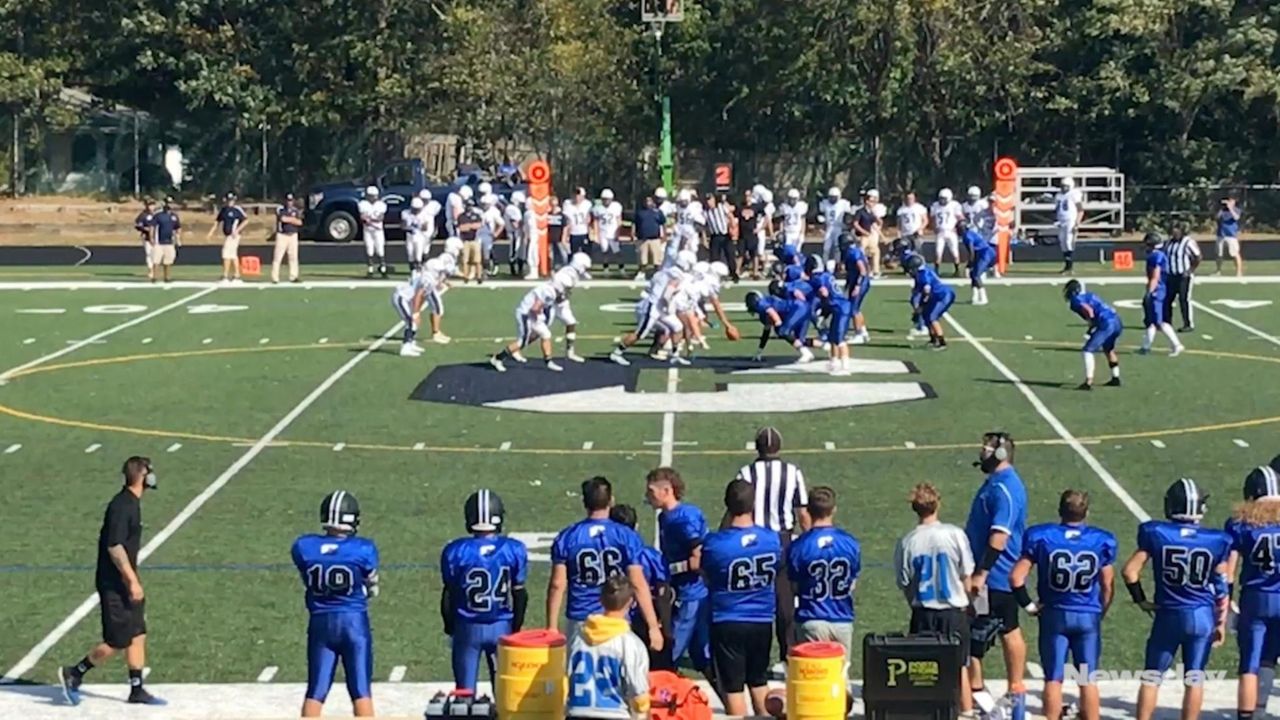 It took only a few seconds for Huntington to overcome having an 82-yard run negated by a holding penalty in the fourth quarter.

The miscue was completely forgotten on the ensuing play, when junior running back Nasir Youngblood sprinted 91 yards to the end zone.

“I was surprised by it,” said Youngblood, who rushed for 137 yards and two touchdowns on 16 carries in visiting Huntington’s 14-7 victory over Centereach in a Suffolk Division II football game on Saturday afternoon. “Anything I do, I can’t do without my team.”

After an 82-yard run by Ulixis Colato to the Centereach 14-yard line was called back because of the penalty, Youngblood burst down the left sideline to the end zone, extending the lead to 12-0 with 10:17 remaining.

Josiah Melendez tacked on the two-point conversion, bouncing off left tackle to cross the goal line and give Huntington a 14-0 lead.

“The kid is special,” Huntington coach Steve Muller said of Youngblood, who rushed for 202 yards and five touchdowns on 14 carries in a win over Copiague on Sept. 21. “He’s got great vision. He doesn’t even know how good he is yet. He’ll keep getting better.”

An interception by Huntington linebacker Jonathan Koumas at his team’s 40-yard line with 1:24 remaining sealed the win.

“As I was backing up, I saw the quarterback looking left and right, and I was playing with him a little bit,” Koumas said. “Then I went back right when he threw it and picked it off. It feels great.”

Youngblood opened the scoring for Huntington (2-1) with a 6-yard touchdown run up the middle with 4:56 remaining in the first half, moments after Melendez broke free for a 54-yard run. Huntington missed the extra-point attempt and led 6-0.

After Centereach quarterback Justin Robbert connected with brother Matthew Robbert on a 9-yard touchdown pass to cut the Huntington lead to 14-7 with 6:50 remaining, Alex Bellissimo came up with an interception on Centereach’s following possession at the Huntington 38-yard line with 4:11 to go.

As Centereach (1-2) looked to score late in the first half, Huntington thwarted the drive by forcing a fumble and recovering the loose ball at the 20 with 1:31 left in the second quarter. The Cougars started at the Huntington 30-yard line on their next possession with five seconds left and attempted a deep pass to the end zone that fell incomplete to close the half.

“Takeaways are big for us,” Muller said. “We preach turnovers all the time. We get a couple of turnovers and it gets the team going in the right direction.”