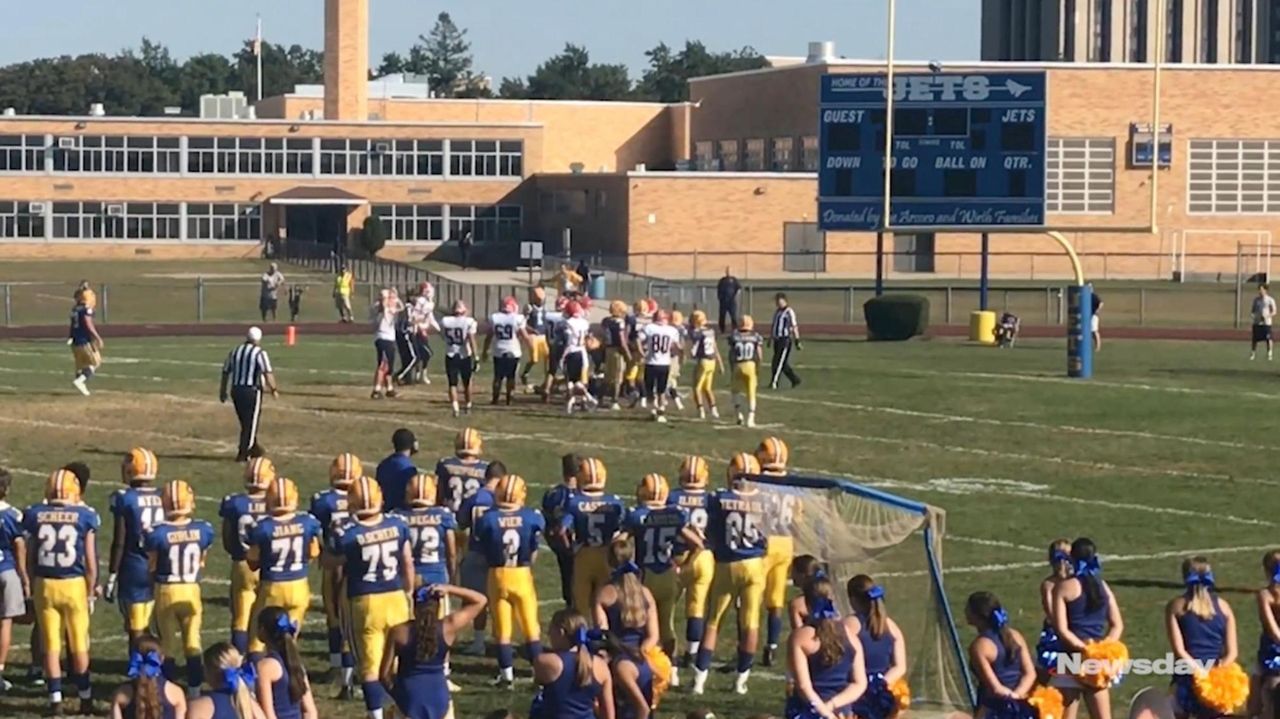 Ryan Isom kept seeing green grass in front of him, so he kept running toward it.

The MacArthur junior running back wrapped up the Generals' 19-0 victory over East Meadow in Nassau II on Saturday with a 59-yard run for his third touchdown of the day with 3:06 left.

“Out of the corner of my vision I saw everyone blocking, so I cut it back all the way and ran,” said Isom, who finished with 160 yards rushing on 14 carries. “I think I’m good at that type of stuff. I work hard, and it paid off.”

Isom, who also scored on runs of 6 and 39 yards in the first half, was part of a one-two Generals ground game, pairing up with senior running back Hugh Kelleher, who rushed for 172 yards on 25 carries.

“When teams have to worry about [Kelleher], Ryan is back there also,” MacArthur coach Bobby Fehrenbach said. “They can’t say ‘Oh, thank goodness, because now Ryan is back there.’ You’ve got to be ready for him as well. He did a great job of finding holes and running away from people, so he could finish.”

“We kept going and they were getting tired,” Kelleher said. “When we saw the lanes, we ran through them. Everything was clicking today.”

Despite coming up short on a pair of drives to open the second half, Fehrenbach said that he was proud of the way the Generals’ offense played and especially was impressed with his team’s defense down the stretch.

Joe Manfredo’s interception with just over six minutes left shut down East Meadow’s best offensive chance. The Generals marched down the field on the ensuing drive, with Manfredo converting a fourth-and-1, and Isom capping off the six-play possession with his sprint to the end zone.

East Meadow (1-1) then muffed the ensuing kickoff and Joe Apuzzo recovered the fumble, giving MacArthur the opportunity to run out the clock and past another opponent.

“If they can’t score they can’t win,” Fehrenbach said. “So, we’ve just got to get some points on the board and we’re confident.”