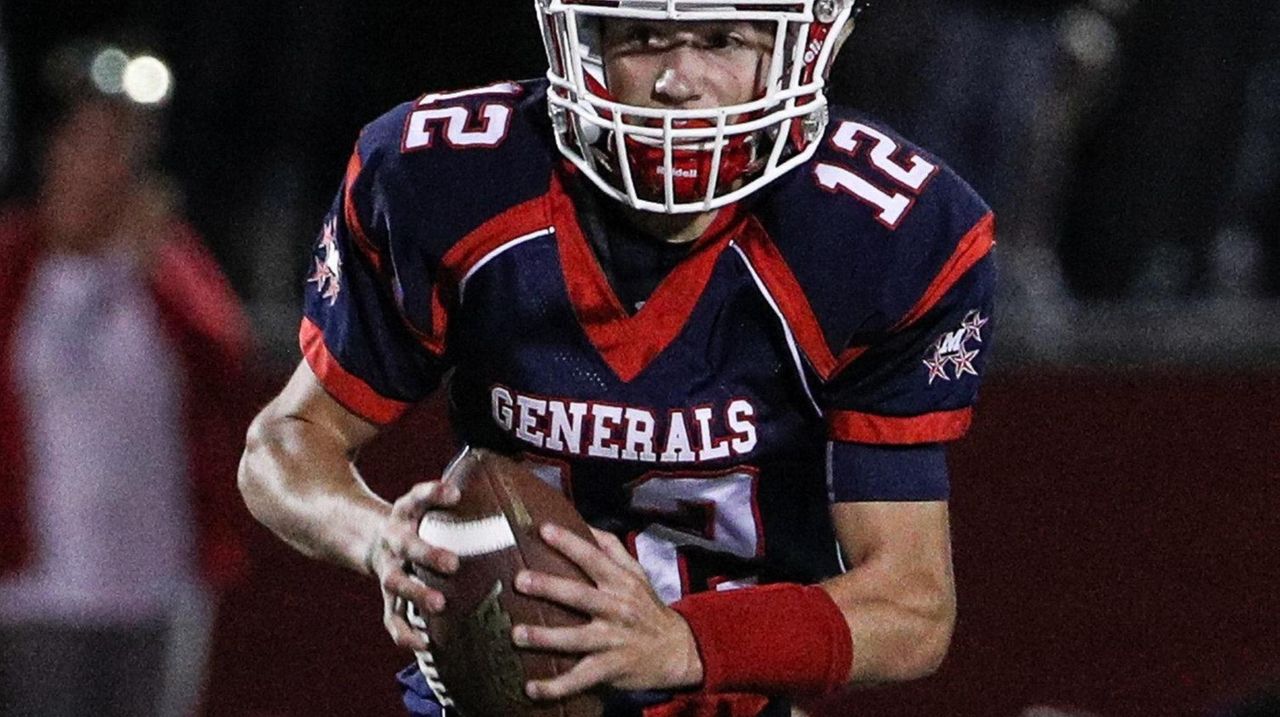 The MacArthur defense entered Friday without allowing a touchdown over its first two games and the Generals nearly extended that streak to three full games.

MacArthur held Valley Stream Central to just 132 yards of offense, including 33 yards in the opening half, en route to a 28-7 victory in a Nassau Conference II football game Friday evening in front of a packed homecoming crowd.

“They’re not letting them finish drives,” said coach Bobby Fehrenbach about his defense at halftime while leading 28-0. “We’re knocking down passes. They’ve had a couple on us but our coverage has been pretty good.”

“Our defense came to play," said Colin Muller, who had two interceptions, "and I think it showed today.”

The Generals improved to 3-0 and Valley Stream Central fell to 2-1.

Hugh Kelleher set the tone on defense from the opening play, recording a 6-yard tackle for loss. And he didn’t let up on offensive, gaining 116 yards with two touchdowns on 18 carries, all in the first half.

“He’s just a tough kid,” Fehrenbach said. “He’s carrying guys, he’s a handful. We have some other guys who can run the ball, too, but he’s the guy for us.”

“They’re everything," Kelleher said. "If I don’t have an offensive line, I’m not going to be anything. They always get the push.”

MacArthur opened the scoring on a 1-yard quarterback sneak by Joe Manfredo. The score was set up by his 13-yard pass to Kelleher.

After allowing one first down before forcing a punt, MacArthur scored on its third straight possession on Kelleher’s first score, a 13-yarder in which he broke multiple tackles. The senior running back/linebacker scored the team's final TD on an 11-yard run to take a 28-0 lead with less than two minutes remaining before the break.

Valley Stream Central scored on a 6-yard touchdown run by Lionel Phillips with 5:34 left to cap a 7-play, 58-yard drive.