Golden Flashes' Max Llewellyn got to flex often after sacking a quarterback in a Division III game. Credit: Dawn McCormick

Few football players can change an opponents’ offensive approach by just lining up for a snap. Sayville’s Max Llewellyn is one of those players.

The Golden Flashes’ senior defensive end is so explosive and such a powerful pass rusher that their foes often game-planned to avoid him. For their ground game, they typically ran to the other side. On their pass plays he always drew a defensive lineman and a running back to try to stop him.

"He’s so effective because he’s got incredible lower body strength, incredible technique and incredible speed on the line," Sayville coach Reade Sands said. "He is virtually unblockable and if he gets in the backfield, it could be havoc."

The 6-foot and 235-pound Llewellyn was selected as the 10th recipient of Newsday’s Rob Burnett Award as the most outstanding defensive player of the year this season. He also received the Bob Zellner Award, which is given annually to Suffolk’s top lineman. In addition to playing defensive end, Llewellyn plays center for the Division III champion Golden Flashes. 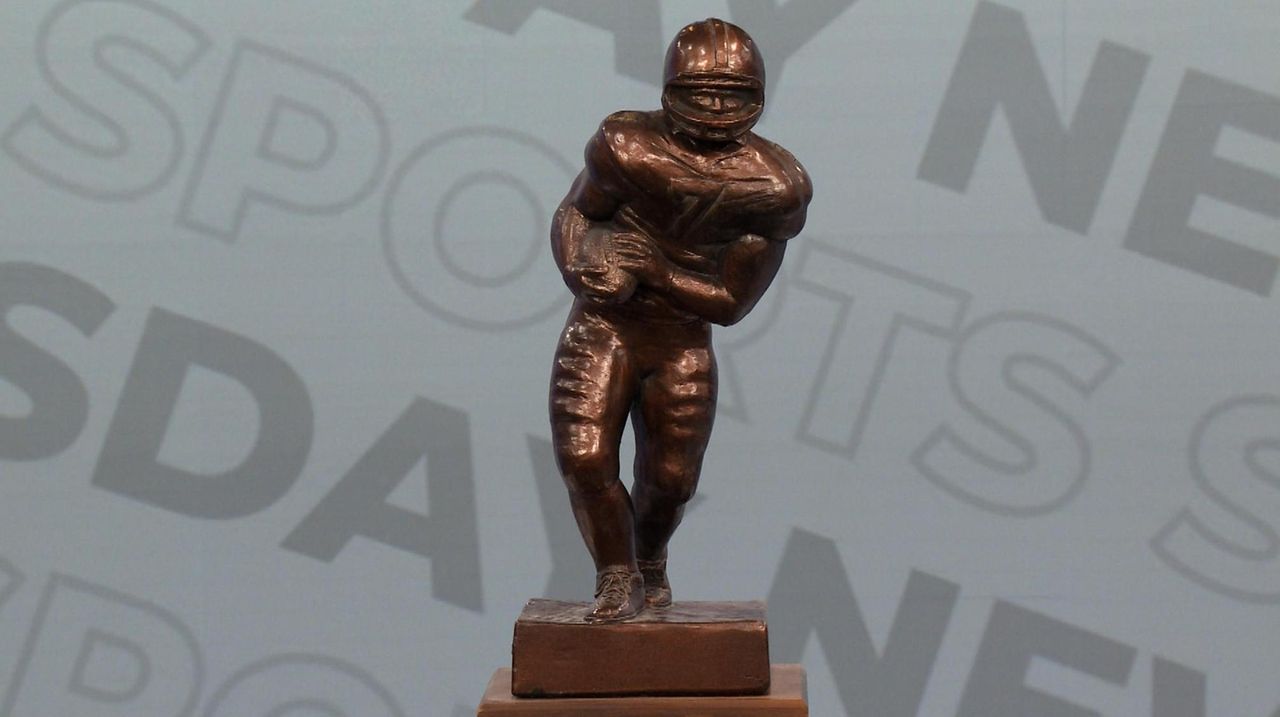 "I love an outside rush: beating somebody outside and getting a sack — it’s just pure speed and I enjoy that," Llewellyn said. "On third-and-long, when you can sense a pass is coming, it’s just nice to tee off on the tackles and make a play."

None this season might have been better than the one he made against Westhampton in a battle of unbeatens for the division title. Llewellyn penetrated the backfield, got to quarterback Christian Capuano and stripped the ball loose on the sack. He recovered the fumble and took it to the end zone for a touchdown.

In the county title game — a rematch with Westhampton — Llewellyn got into the backfield to tackle a ball carrier in the end zone for a safety and a 9-0 lead. It proved a tone-setter for the 32-7 victory.

"That was a memorable play from this season," Sands said. "He also had a big stop on a fourth-and-1 inside the red zone in that game. He makes big plays."

And that’s a reason the Golden Flashes allowed just 9.3 points per game, ranking them among the best defenses in the county.

"I was proud of the way we played defense," Llewellyn said. "In many cases we were smaller on the line than the team we were playing. But we were strong and we had great technique and, with that, we overcame our size [disadvantages]."

In the Sayville program there is a distinction given every year called the ’56 Award,’ which is named for Joey Visone, who was in the program and wore No. 56 but died of brain cancer before he ever got to play in a varsity game. Sands says the award is bestowed on the player who is the figurative "soul of the team." This season it went to Llewellyn.

"He’s a great leader and he has all the intangibles that football player could have," Sands said. "And he was the soul of this team."

Llewellyn is committed to SUNY-Cortland, where he is expected to play outside linebacker or defensive end.

Rutgers Trophy: Sayville finishes where it started — on topHigh points of perfect 6-0 season Suffolk's most outstanding team was dismantling William Floyd before winning Conference III title by defeating Westhampton Beach. Sayville's Cheshire wins Hansen Award as Suffolk's top football playerIn the shortened spring season during the COVID-19 pandemic Cheshire was brilliant. He passed for 1,519 yards, completing 103 of 159 passes and 17 touchdowns while leading the Golden Flashes to a 6-0 record and the Suffolk Conference III title. Meet Newsday's All-Long Island football teamGregg Sarra reveals the players named to the Newsday All-Long Island football team for the 2020 fall season, which was played in March and April of 2021.