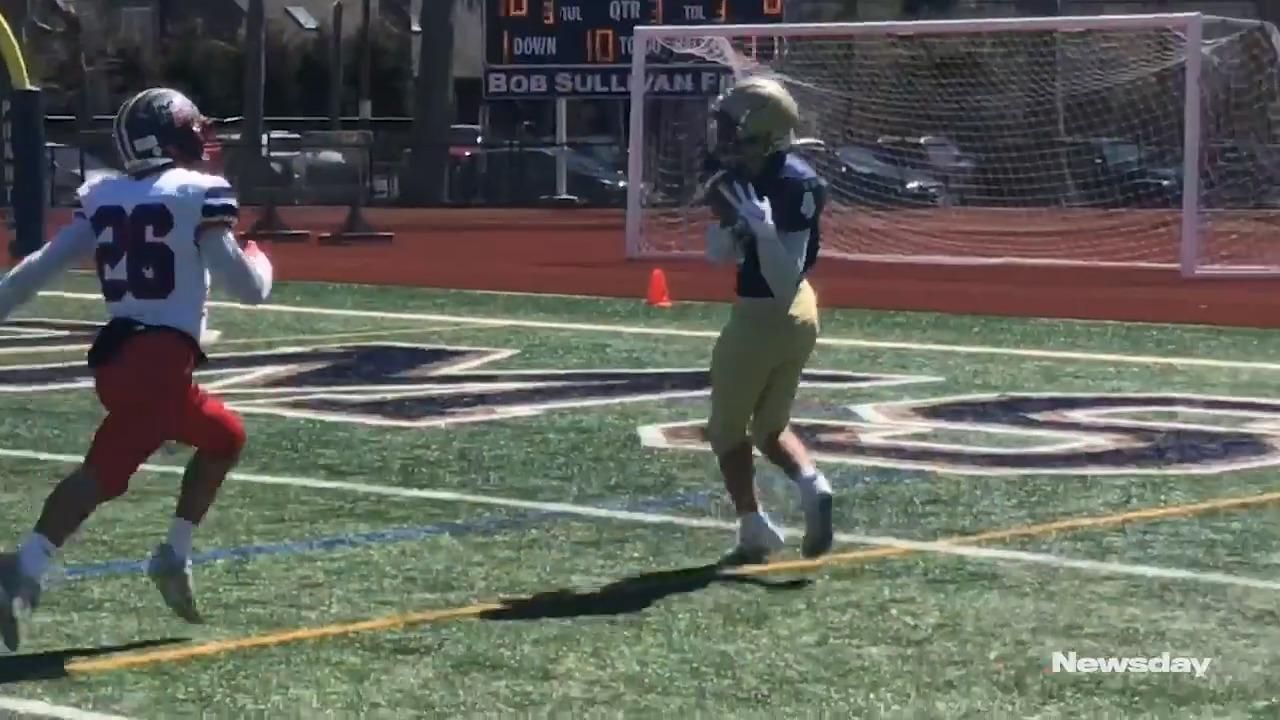 Luke Schartner and Jameson Smith knew they had dialed up a touchdown even before the ball left anyone’s hand.

The two connected on a 37-yard touchdown to give Bayport-Blue Point a nine-point lead with 34 seconds left in the third quarter en route to a 24-8 home victory Saturday afternoon over Miller Place in Suffolk League VII. Schartner rolled right and pump-faked to get the defenders up, and Smith broke free down the right sideline for the score.

"I knew I had to make (the cornerback) come up," Schartner said. "And once I saw him come up, I saw (Smith) wide open and I just knew it was a touchdown."

"I know when I turn out of my break, the ball is going to be right on the money," Smith said. "We just have a great chemistry and the ball’s always there for me at the right time."

Miller Place (1-2) opened the second half with a 13-play, 59-yard drive, capped off by Kai Loftin’s 2-yard touchdown run. Loftin found Anthony Bartolotto for the two-point conversion to cut the Phantoms’ lead to 10-8 with 4:08 left in the third quarter.

But Bayport-Blue Point answered on the ensuing possession with the 37-yard score. Smith also scored the final touchdown on a 4-yard run, two plays after bringing in an 18-yard reception.

"I feel like he’s honestly one of the best — if not the best — receivers on the Island," Schartner said. "It’s great throwing him the ball. He’s an absolute stud."

"We came out here prepared and we just executed," Peltier said. "Everyone did their job and we came out prepared."

The Phamtoms’ swarming defense kept Miller Place outside the 20-yard line on every possession except its touchdown drive.

"It was a battle," coach Mike Zafonte said. "I never thought at any point in the game that it was over. Those guys were battling."