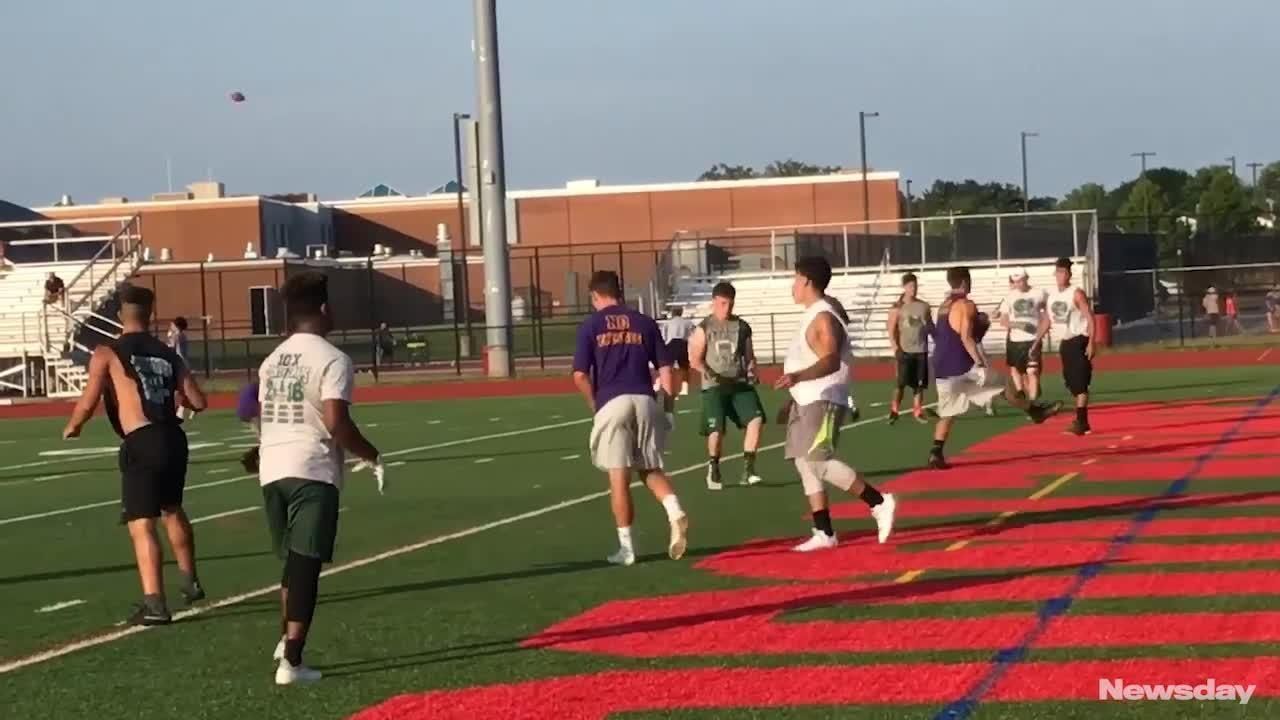 Sayville quarterback Jacob Cheshire isn’t trying to be the next Jack Coan. He understands that’s a nearly impossible task.

“I’m just trying to be me,” he said. “He’s irreplaceable. Nobody’s going to be like Jack.”

For two seasons, Cheshire backed up Long Island’s career and single-season record-holder for passing yards and touchdown passes. Now the 6-1 senior is ready to take over the offense.

“I’m just trying to do my best to help the team,” Cheshire said. “I’m not really worried about what anybody says about him and me filling his shoes.”

Cheshire isn’t the only person in that situation at Sayville. Rob Hoss, who won five Long Island championships in his 15 seasons as the Golden Flashes’ coach, retired and was replaced by Reade Sands, who served as Hoss’ defensive coordinator for 13 seasons.

Sands credited Cheshire’s work ethic, which both say came from working with Coan, who will continue his football career at Wisconsin.

“He’s completely taken [the offense] in,” Sands said during a 7-on-7 at Connetquot High School on Monday. “He knows it better than me right now, I think. As you can see, he’s slinging the ball and he’s excited about the season. It’s his time, and I told him that. I’ve been telling coaches he’s going to be the biggest surprise of the year.”

From watching tape and perfecting footwork to reading defenses and saying the right things, Cheshire said he learned everything from Coan. Whenever he had a question at practice, he knew he could turn to Coan as another coach. The two remain close, and they spoke via FaceTime Sunday evening.

“It was ridiculous,” Cheshire said. “It was like working with someone famous because everyone on Long Island knew who he was, so it was awesome. He taught me so much.”

Now Sayville, which lost to East Islip in last season’s Suffolk III championship game after entering the game undefeated, will try to continue its winning tradition with Cheshire at the helm.

“My last year, my senior year, I get to come out and nobody really knows who I am, but I get to show them what I can do,” Cheshire said. “Because everyone’s probably going to underestimate us this year.

“We’re all ready to go. We’re going to show them what we’re made of.”