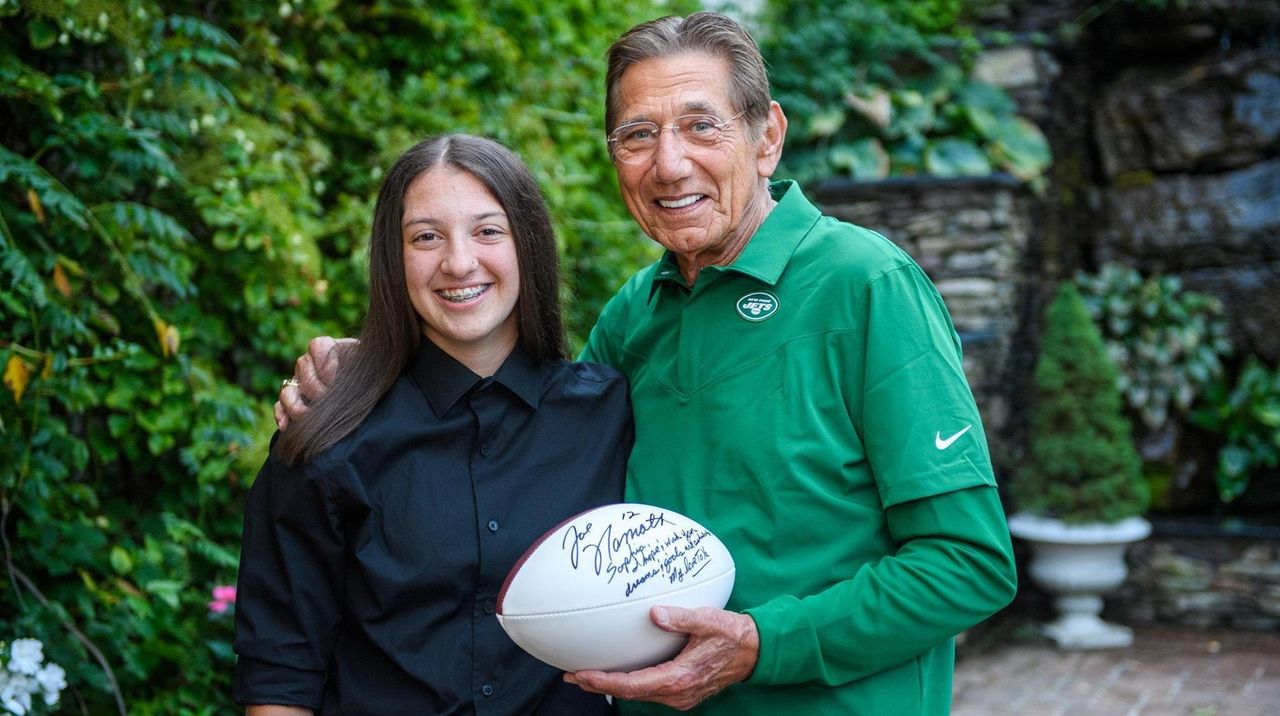 Sofia LaSpina does not shy away from big moments.

The Mepham High School football player became the first female in Long Island history to score a touchdown last Saturday when she hauled in a 4-yard pass in the end zone during the team's 49-21 victory over Roslyn.

The history-making catch put LaSpina in the national spotlight, a place where she seems right at home. So when legendary Jets quarterback Joe Namath called this week and asked to meet the junior wide receiver for a catch, LaSpina jumped at the chance.

"I wanted to meet her and congratulate her on an outstanding achievement," Namath told Newsday. "She had the heart and the determination to go out and play football. And she has a passion for the sport."

Namath, who famously guaranteed the Jets would beat the heavily favored Baltimore Colts in Super Bowl III, invited LaSpina to join him and a number of former NFL stars at Fox Hollow in Woodbury on Wednesday night for an event to benefit the Joe Namath Foundation, which raises money and awareness for childhood charities and neurological research.

"I’m a Jets fan and I watch football all the time," she said. "It was so awesome to have a catch with Joe Namath. I just wanted to make the catch. I mean, he’s like the greatest Jets player of all time."

LaSpina, 15, and Namath, 78, tossed the ball around for several minutes in the country club courtyard. LaSpina also had a chance to meet some of the former stars in attendance such as Curtis Martin, Greg Buttle, John Schmitt, Ed "Too Tall" Jones, Marshall Faulk, Jonathan Ogden and Jay Fiedler.

LaSpina started playing football in the seventh grade at Grand Avenue Middle School in Bellmore. On Saturday, LaSpina finished with three catches for 45 yards, including the touchdown reception from quarterback Peter Mayo.

Namath, who also won a national championship in 1964 at Alabama, said he is encouraged by the progress women have made in football the past few years, pointing out the female coaches, executives and referees who are now part of the game.

"I think about an old quote from Alabama coach Bear Bryant, ‘If you think you can’t, you won’t.’ Sofia is not thinking she can’t. She’s out there thinking she can," Namath said.

The last few days have been a whirlwind of attention for LaSpina. She has been interviewed by numerous media outlets and named the New York Jets High School Player of the Week. Her Instagram account has hundreds of new followers.

The Jets' weekly award carries a $1,000 donation from the Jets and Gatorade to support the district’s football program. She also will be honored at MetLife Stadium Oct. 3 when the Jets host Tennessee at 1 p.m.

Last Sunday night, her touchdown was featured during halftime on NBC’s "Sunday Night Football" game between Baltimore and Kansas City.

"My Instagram had 300 new followers the first day," she said. "I’m getting used to all the interviews. My family, Peter’s [Mayo] family and my coaches all have tickets to the Jets game. Life has definitely changed — I’m super busy."

Her mom, Jennifer LaSpina, said her daughter is handling the exposure very well.

"She always liked playing football and kept pressuring me to play," Jennifer LaSpina said. "I spoke with the coaching staff and was assured she’d be safe because I had reservations. I’m so proud of her and the commitment to follow her dreams." 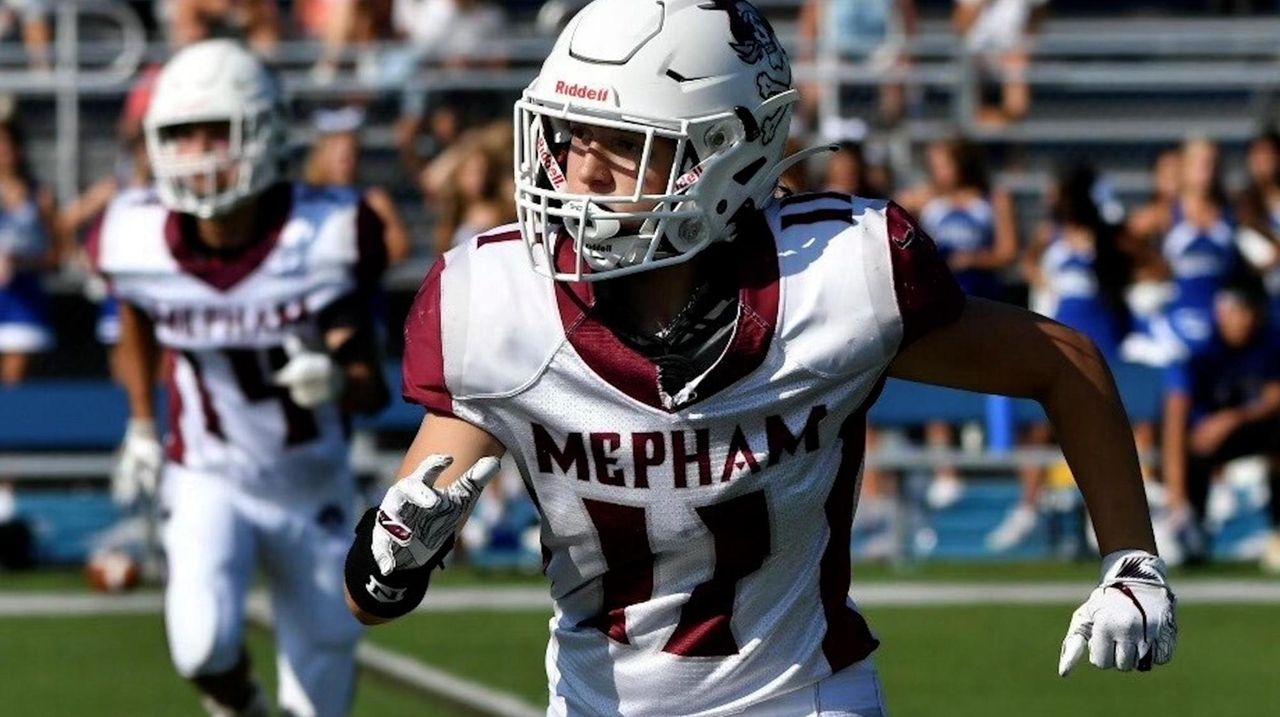 Jennifer LaSpina said the NFL has offered to fly her and Sofia to Buffalo for a commercial shoot Oct. 5-6.

But next up for Sofia is Saturday's home game against Glen Cove at 2 p.m. in a Nassau Conference II game.

"We’ve all embraced Sofia and she works as hard as everyone," senior starting quarterback Nick Honerkamp said. "She worked out with us during the summer in the weight room. She’s a football player all the way. On two of her three catches she took a hard hit and popped right back up. I would have expected nothing less. She can play."

Namath said he was impressed with the way she was handling all the attention.

"She's going to accomplish great things in her life," Namath said. "I can see it."

Consider it another Namath guarantee.