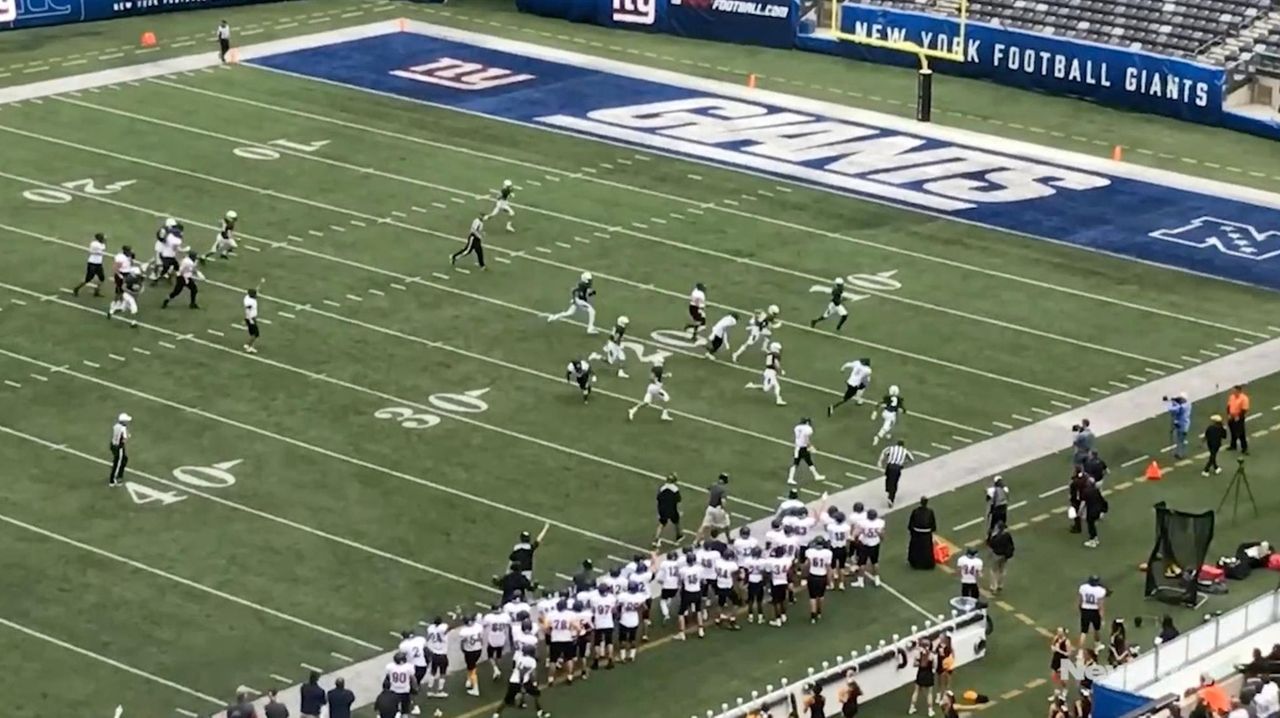 As Justin Houston glanced around MetLife Stadium, home to the Giants and Jets, he immediately thought back to when he was younger and playing the popular "Madden NFL" video game.

“It was pretty surreal," Houston said. "We were little kids playing 'Madden,' thinking, 'Oh, we’re gonna play [at MetLife Stadium] one day and go to the [NFL].’ It was pretty cool."

Houston, a wide receiver, hauled in the go-ahead 27-yard touchdown reception as St. Anthony’s completed a fourth-quarter comeback and a 16-14 victory over Delbarton (N.J.) in a non-league football game on Saturday.

The Friars (1-1) received the high-profile opportunity to be part of the Battle for the Bridge event, a tripleheader at MetLife Stadium matching three CHSAA teams from New York against three from New Jersey. For St. Anthony’s, the trip couldn’t be taken lightly after a 33-15 loss to defending Maryland AAA state champion Franklin last week.

“It was challenging,” coach Joe Minucci said of the win over Delbarton. “We know everyone’s been looking forward to this game since August, but we have to get ready for a long season. So the kids and coaches did a good job of making sure we stayed focused.”

Trailing 14-10 with three minutes remaining and the ball on Delbarton's 27-yard line, St. Anthony’s quarterback Robert McGee threw a pass toward the middle and connected with Houston in the end zone to cap a 10-play, 86-yard drive. The extra-point attempt was blocked.

The Friars later allowed a deep completion to their 15-yard line, but time expired.

Following the win, Houston, a Giants fan, said his adrenaline was “still pumping” at the thought of scoring a touchdown in his favorite team’s end zone. McGee, who tied the game at 7 with 32 seconds remaining in the first half on a  2-yard rushing touchdown on fourth-and-goal, also expressed excitement about competing in an NFL stadium.

“To think of all the NFL superstars that played on that field, it was just really cool,” said McGee, who was 11-for-15 passing for 122 yards and a touchdown, and rushed for 77 yards and a TD on 21 carries.

Delbarton took a 14-7 lead in the third quarter, but a 21-yard field goal by the Friars' Cameron Squicciarini cut the deficit to 14-10 just over a minute into the fourth quarter.

“This was a great experience,” Minucci said. “We gave the kids an opportunity to take in the locker room and the environment . . . It’s something the guys will remember forever.”