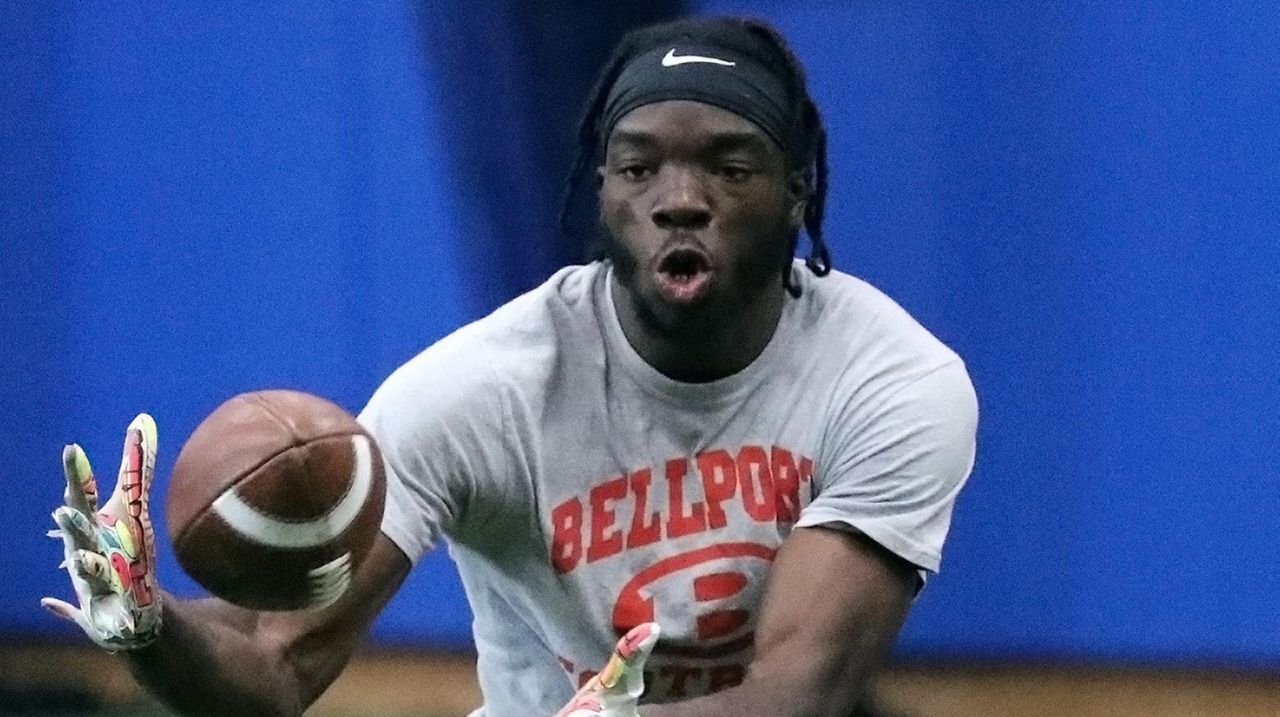 After months of offseason training from the end of last year’s football season, Smithtown East’s Dean Shaffer wanted to see how his results translated both on paper and on the field.

Shaffer was one of 63 high school football players who participated in the Blue Chip Prospects/Suffolk County Coaches Combine at Center Island Sports’ indoor complex in Ronkonkoma Sunday morning. And it was clear from the start the Smithtown East junior came to put on a performance.

“I’ve been working hard, so I just wanted to get some unofficial times and see how I stack up against the other kids in Suffolk County,” Shaffer said. “So I feel like I’ve proven myself pretty well.”

“It’s real fun, honestly,” said Shaffer, a linebacker and running back. “It’s kind of addicting when you see the results, but you never settle for average. Have to keep working to get what you want.”

What made this combine different than others is the day went beyond just drills. Along with six individual drills — 40-yard dash, bench press, three-cone, vertical jump, 5-10-5 shuttle and standing broad jump — skill position players and linemen participated in football activities, such as running routes, throwing passes and techniques.

Uniondale's Jyaire Hatcher showed off his athleticism, posting the top time in the 40-yard dash (4.7) and in the vertical jump (35.2 inches), although the Uniondale junior defensive back said he thought he could perform even better.

“I work out my legs a lot, and I think I can improve on it,” said Hatcher, a wide receiver / cornerback. “I can get even higher. I can cover anyone, really, jump higher than others. It gives me an advantage over other people.”

“It’s always been my goal to accomplish something like this,” said Bell, a running back and defensive back. “Football is my passion, so I’m going to do whatever it takes to go big.”

David Manara (Lawrence) had 27 reps on the bench press, with Benjamin Robinson (Yorktown) posting 24 reps. Jack VanCott (Smithtown West) had the top time in the three-cone (7.4). Yuill had the second-best mark in the standing broad jump (9 feet, 3 inches).

And with every player participating in the combine looking to improve, not only for themselves and their college chances but for team success next year, each player had a glimpse into how to make that possible.

“I think it shows I want to improve my numbers no matter what, so I’m never going to settle for how I am now,” Shaffer said. “I have to keep striving for greatness and I feel like this opens my eyes to what I can work on, both for my team and as an individual.”