Fifteen minutes after the toughest defeat of his high school career, Allen Evans III hobbled down the bus aisle for a postgame interview, wincing as he clutched his ribs.

Hurting both physically and emotionally, the Whitman senior running back managed to flash a smile when asked about the heart his team played with in its 38-35 loss to Massapequa in the Long Island Class I championship game on Friday at Hofstra’s James M. Shuart Stadium.

"I’m so proud of my teammates," Evans said. "I know they all played their hearts out."

So did Evans. If it wasn’t evidenced by his hobbled gait and wincing, the boxscore offered a not-so-subtle reminder. The 5-8, 180-pounder ran for 219 yards and two touchdowns on 17 carries for Whitman (11-1). He also had two big kickoff returns, including a 74-yarder for a touchdown early in the second quarter, and accumulated 301 all-purpose yards. 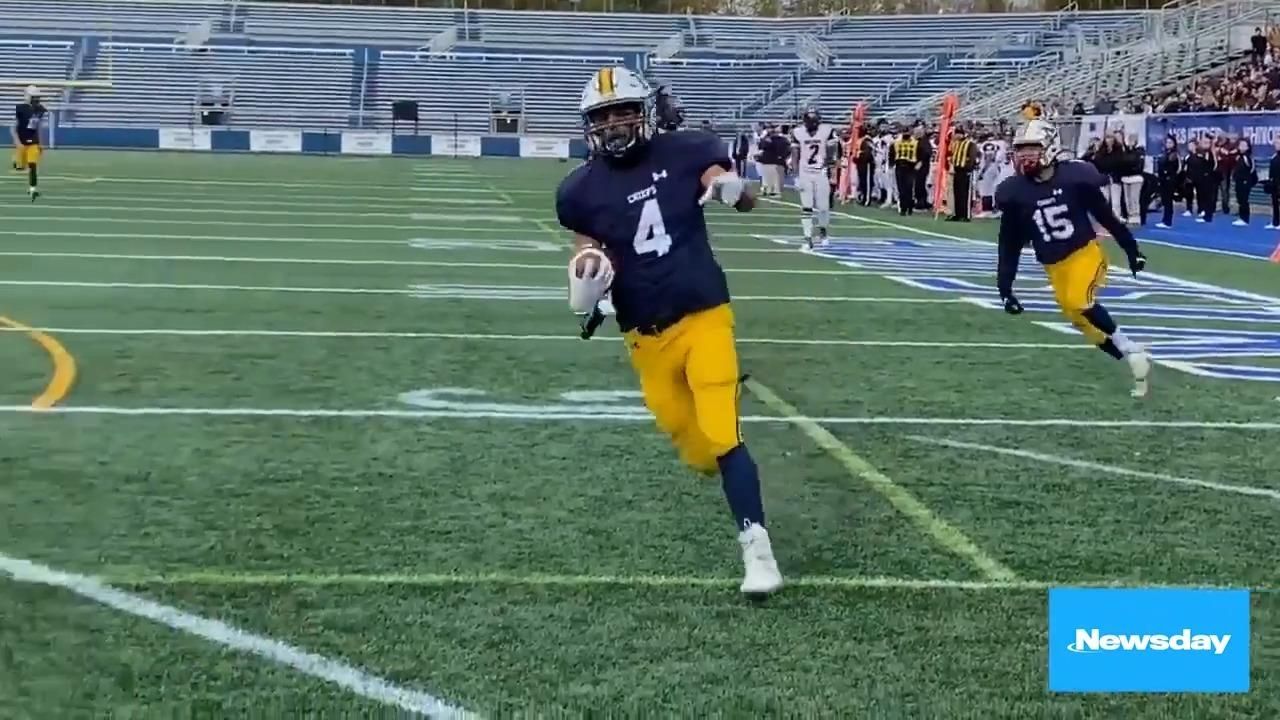 "Everybody talks about our receivers," Whitman coach Robin Rosa said, "but AJ’s the heart of our offense."

Even the numbers don’t quite do Evans’ performance justice. On his 64-yard touchdown run that brought the Wildcats within 27-21 with 6:49 left in the third quarter, Evans absorbed a big hit that nearly downed him after about 10 yards. Instead, he put a hand on the ground to get his balance before blurring down the field.

"He runs every play like it’s the last play," Rosa said.

On several of his shorter runs, Evans turned a loss into a gain by dragging defenders along with him.

"He runs as hard as anyone I’ve ever seen in my life," senior offensive lineman Logan Elmore said.

Doing so takes a toll, of course.

"My ribs right now, they hurt," Evans said. "I was getting hit from everywhere, but I just had to keep pushing."

And then there was his patience and explosive burst, a pair of traits he displayed on an 80-yard run midway through the first quarter that came on the first play of Whitman’s second possession.

"I’m just glad I could help and boost the confidence of my teammates," Evans said.

In the course of Whitman’s run to the first Long Island Championships appearance in program history — this is the 29th year the LIC has been held — those types of runs were at the heart of it.

"Past Whitman teams never got this far," Evans said. "So I’m just proud. Not the end result we wanted, but I’m still proud."