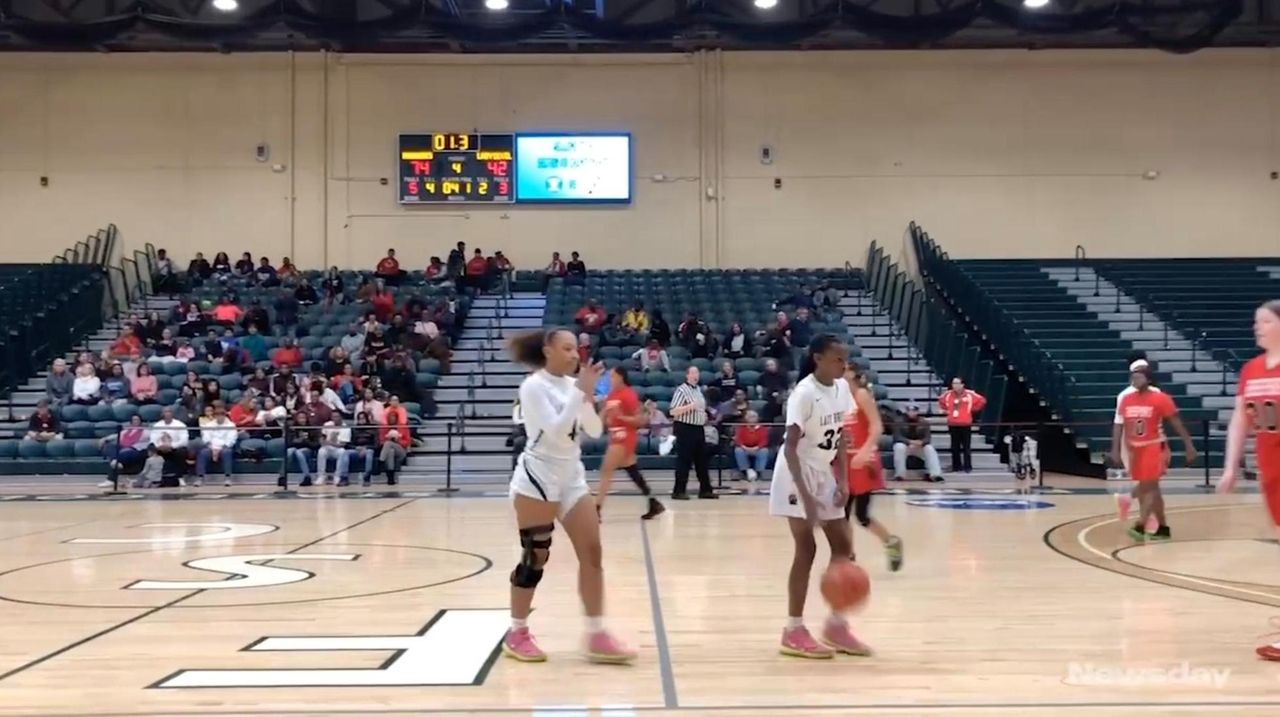 About 30 minutes earlier, a single play demonstrated that.

There was 1:25 left in the third quarter when Dana Elcock intercepted an inbounds pass and swiftly sent a bounce-pass to a wide-open Laila Elor under the basket to set up a score.

Leading 52-25, the No. 2 seeded Baldwin Lady Bruins (16-5) were putting the finishing touches on a dominant 24-point third quarter, putting them well on their way toward a rematch with No. 1 Syosset next Sunday at 6 p.m. for the second year in a row, this time at NYCB Live's Nassau Coliseum.

Elcock, a senior, stands 5-4, but plays much bigger, finishing with 12 points, seven rebounds, five assists, and four steals to act as the sparkplug and a key piece to a defense-first, transition-offense juggernaut.

The team’s 25 steals and numerous blocks, led by Moreno at center, support Catapano's statement and, as Elcock said, a philosophy of “doing all the little things."

The offense came in bunches, led by Moreno, who had 18 points and 12 rebounds. Elcock and Laila Elor finished with 12 points to help round out a balanced attack  against No. 6 Freeport (11-10).

Moreno stood out with her defense and ability to score with relative ease, in some cases going end-to-end, bullying her way through multiple defenders.

“She’s only a freshman,” Catapano said. “…She’s one of the most talented offensive players we’ve had in this program, and that says a lot.”

Baldwin graduated several seniors from last year's squad, and making it back to the finals was a great measuring stick for the coaching staff.

“We lost a lot of talent from last year’s team,” Catapano said. "This group has put in a tremendous amount of work. This is a tribute to their hard work.”