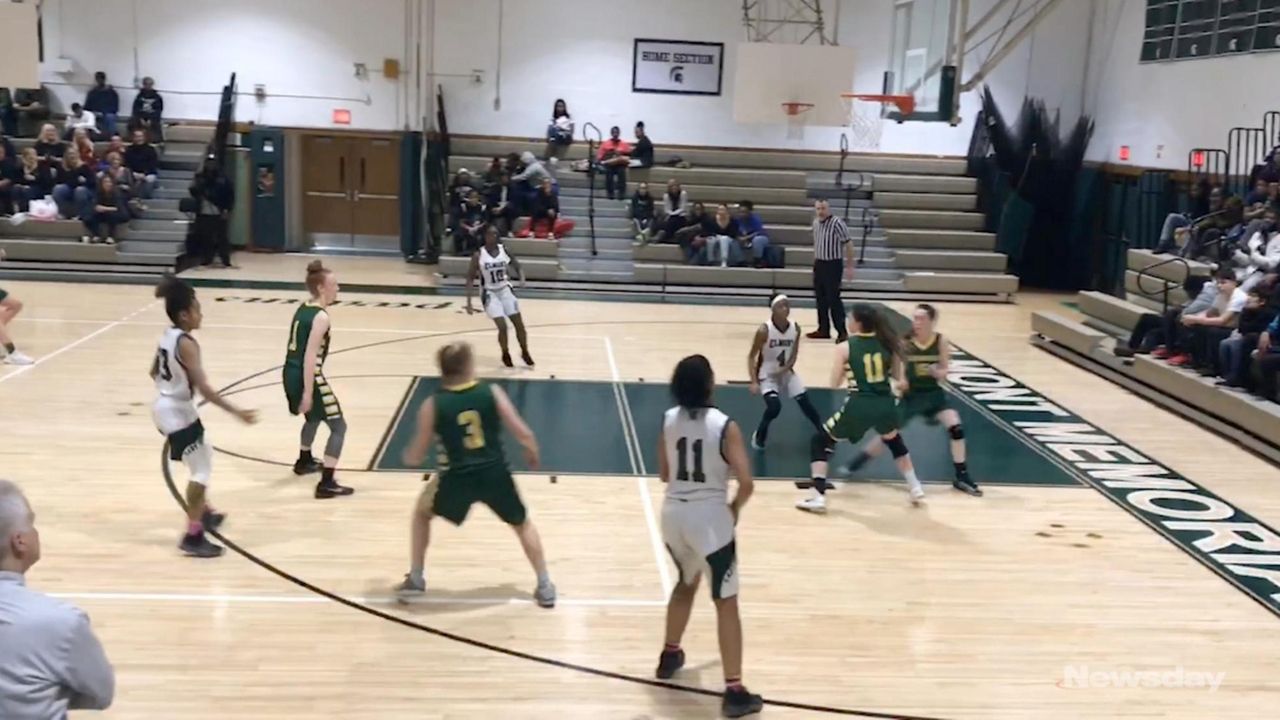 Things are a little bit different for Bre Cohn this season.

For one, she’s practiced more with the Ward Melville girls basketball team’s forwards than in years past, when she mostly focused on being a guard. She’s also had the ball in her hands more often, in part because of coach Sammy Prahalis’ decision to move Auburn-bound guard Lauren Hansen off-ball.

Both decisions have paid off for Cohn and the Patriots.

Cohn dominated Saturday evening against host Elmont, scoring 27 points and hauling in 17 rebounds (10 offensive) in the Patriots’ 67-45 win in non-league.

The contest was the last of four games played in Elmont’s annual Nassau vs. Suffolk Petro Classic, a showcase held in honor of former Elmont coach Gregg Petrocelli, who died in 2007.

“I think she’s really tough,” Hansen, who had 21 points, seven assists and four steals, said about Cohn. “She goes really, really hard, and she’s not going to let a bigger person push her around. She’s going to box everybody else, she’s going to get the ball and she just wants it.”

Cohn shouldered the early scoring load, netting her team’s first eight points of the game. She added another 10 points in the third quarter, which ended when Hansen drained a three-pointer from the left wing at the buzzer for a 51-35 lead.

Elmont had narrowed the deficit to 32-27 on Gigi Faison’s layup early in the third quarter. Although Faison had 21 points, Elmont (2-1) couldn’t keep up with the duo of Cohn and Hansen.

Cohn, who stands 5-7 and can be undersized against some forwards, is adept at finding lanes and sneaking her hands in to grab loose balls. She turned offensive rebounds into points in the paint, an area from which she shot 7-for-7 in the game.

“I’m trying to see holes in the defense — where they’re at, where they’re not — and just try to sneak in there and poke the ball out,” Cohn said.

Ward Melville (3-0) dominated on the glass, with 20 offensive rebounds. Noelle Richardson had six rebounds, three of which were offensive and led to second-chance points.

With Hansen working off-ball, the Ward Melville offense has clicked through three games.

“I think having me off-ball takes a lot of the pressure off because it gets everybody else more involved and it allows me to just focus on one thing at a time, rather than worrying about everything else,” Hansen said.