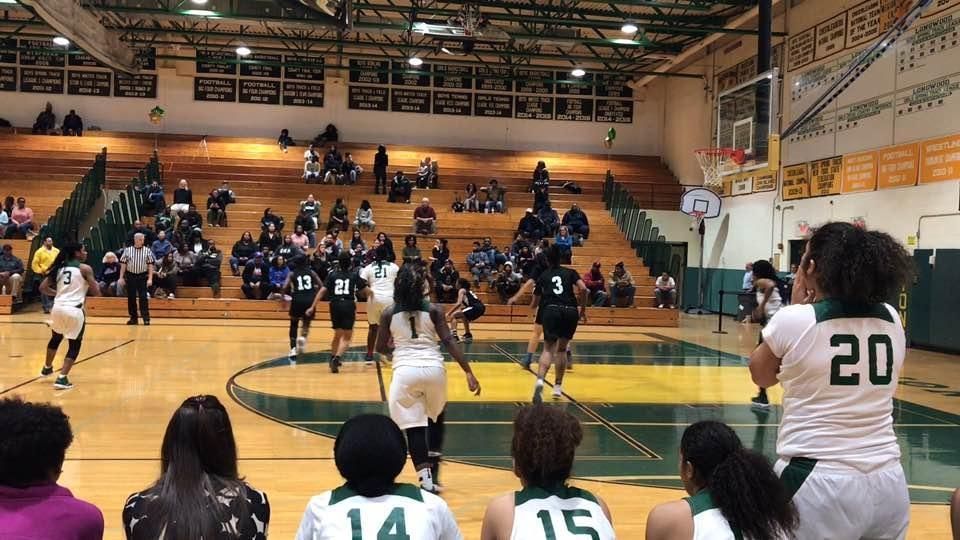 When Longwood and Brentwood get together, the result is almost always a fast-paced, physical matchup.

Tuesday night’s contest was no exception, as three players fouled out and each side had the momentum swing in its favor in the second half. But Kayla Johnson’s 13 points and 17 rebounds provided the necessary edge for host Longwood in its 48-40 win in a Suffolk I girls basketball game.

“That was two teams that are desperate,” Longwood coach James Castiglione said. “Coach [Chris] Harrison does a tremendous job of getting his kids ready, and we try to do the exact same thing. If you’re not matching the intensity, you’re going to get rolled over.”

Janelle Brown and Nyia Longford also scored 13 points each, and they benefited from Longwood’s floor spacing in the fourth quarter.

“If we didn’t do that, we probably wouldn’t have won,” Longford said of the Lions’ late clutch shooting. “We had to get them.”

Brentwood (3-4) cut a 10-point halftime deficit in half with 7:22 to play thanks to Hawkins’ second-half performance. The senior guard scored 16 of her game-high 24 in the second half, including nine of Brentwood’s 13 points in the third. She added seven rebounds, four steals and two assists.

After Brentwood opened the third quarter on a 6-1 run, Longwood regained momentum as Johnson scored six straight points and pushed the lead back to 10 at 33-23.

Longwood is now 7-0 and alone in first place in Suffolk I. Several rival coaches in the preseason pegged the Lions as the league’s most talented team. They’re starting to show why.

“We’re relatively in our infancy as a program that’s relevant,” Castiglione said. “Every game is going to be a challenge.”