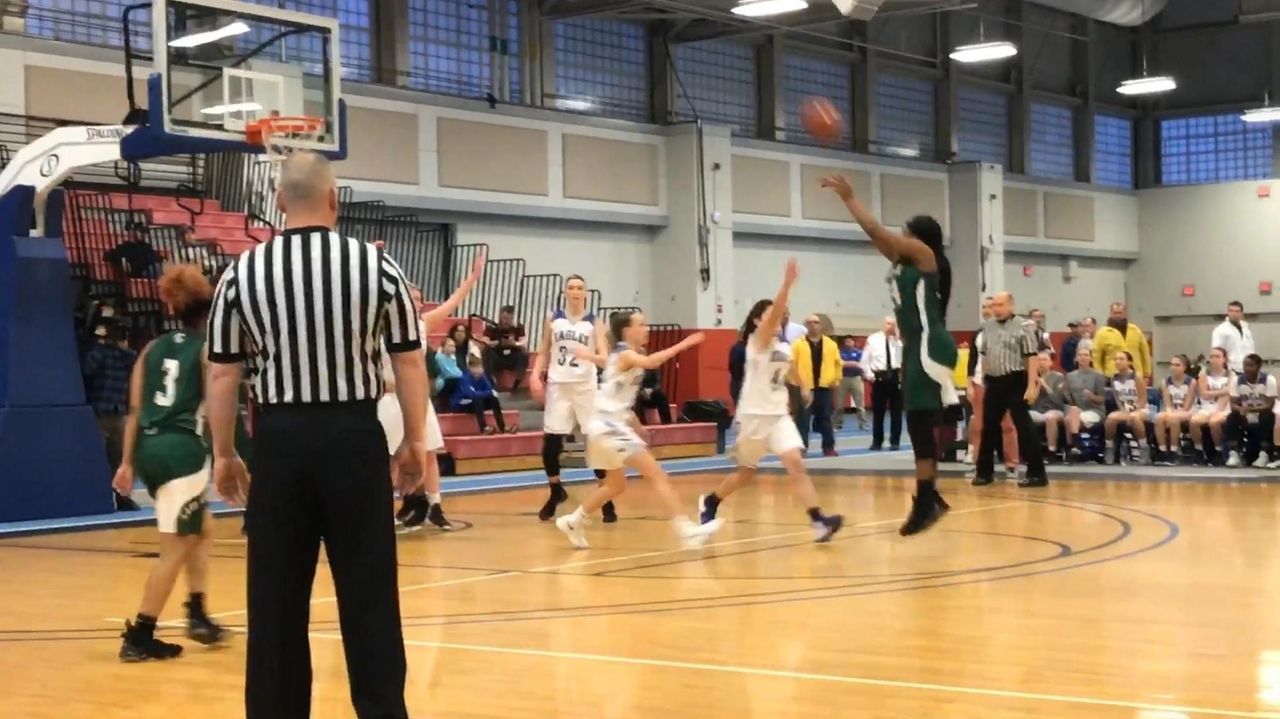 Nothing comes easily while trying to run the court with the Elmont girls basketball team.

With smothering defense the full 84-foot length of the floor, Elmont forced as many 10-second backcourt violations (two) as surrendered field goals in the first half Thursday night. That led to a 56-30 win over Hauppauge in the Long Island Class A girls basketball championship game at Suffolk CCC-Brentwood.

“It comes from how we were brought up,” senior Kem Nwabudu said. “Defense generates offense, that’s the first thing I learned. If offense is lacking, the defense will pick it up.”Scoring wasn’t an issue for the Spartans, who took a 43-7 lead with a 35-4 run that started late in the first quarter and ended with 4:07 remaining in the third quarter.

“This is where everybody brings their best to win the championship,” senior Jada Fernandez said. “So I thought it was crazy.”

Elmont (22-2) advanced to its second straight state semifinal and will play the Mendon/Williamsville South winner at Hudson Valley Community College in Troy at 8 p.m. March 16.

Fernandez led Elmont with 16 points, including nine in the first quarter, and Nwabudu had 14 points, with 10 coming during the Spartans’ spurt.

“When we play like that,” Nwabudu said, “it just shows our potential.”

“We don’t have to do all that much as a coaching staff,” Elmont coach Tom Magno said. “We have very competitive girls and we stress how important defense is all the time and putting pressure on the other team. We have a lot of seniors now; they’ve been hearing it for a long time.”

Hauppauge, which had beaten each of the top three seeds in the Suffolk Class A playoffs, wasn’t going to let its season slip away without a fight, scoring 20 points in the fourth quarter. Christina John and Lindsey Devine each had eight points for Hauppauge (17-8).

“I think it helped that we have been there before to kind of calm the nerves a little bit,” Magno said. “But our recipe for success is the same every game: Start with defense, make sure we rebound and share the ball, and they did each of those three things very well today.”

The Spartans completed their initial goal of repeating as Long Island’s best, but a trip to Troy has been the ultimate goal since last March.

“It’s building up,” Nwabudu said. “Our excitement is there, but I feel like we’re not going to celebrate too much yet. We’re going to get to the locker room and it’s going to be a solemn celebration because we still have one more championship to go.”