Demi Hecker knows that a win against Massapequa is not like the others.

"It’s always great to win against our rival," the Farmingdale senior said. "We’ve had a few losses that were really close and it feels really good to come up with a win against a good team in Massapequa."

Hecker notched 10 points and 10 rebounds, and Lindsey Shimborske led the way with 13 points and four assists as Farmingdale picked up a 43-36 road victory over Massapequa in a Nassau AA-I girls basketball game on Monday.

Farmingdale coach Dave Stein noted that the rivalry naturally tends to produce a greater intensity when the two sides meet, but also commended his players for their added attention to detail following a recent three-point loss to Freeport. 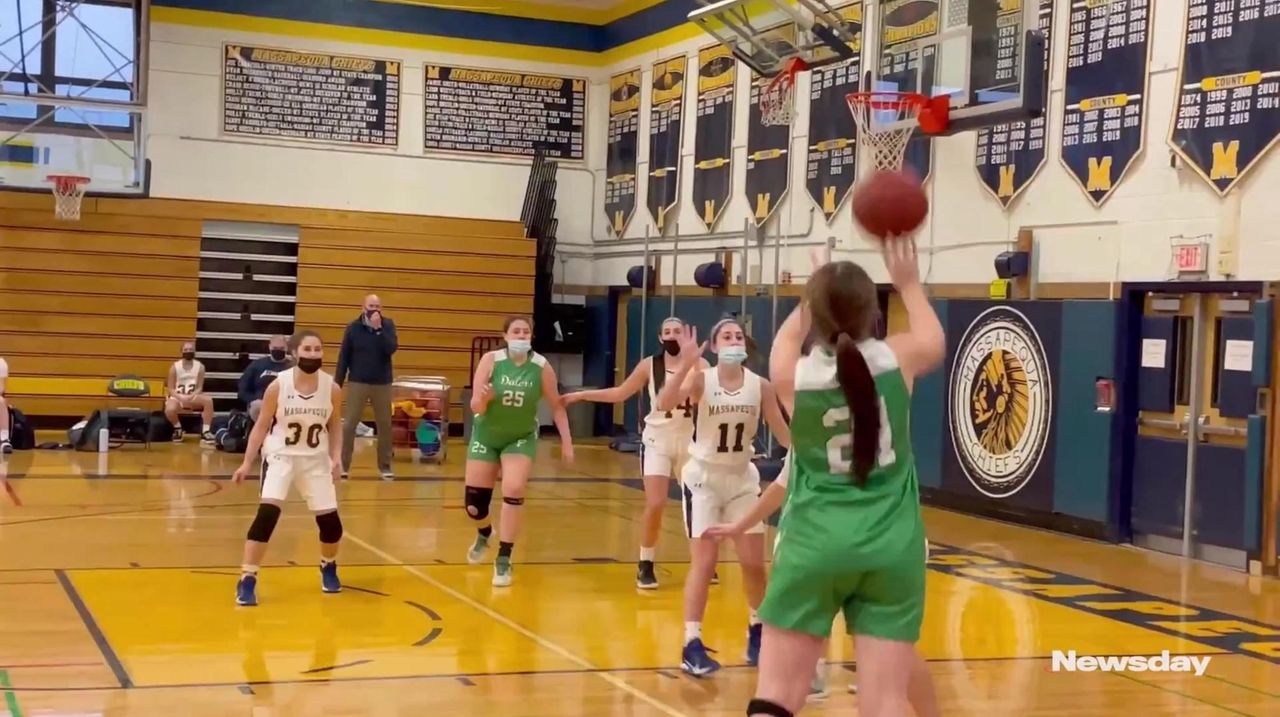 "It’s Farmingdale-Massapequa," Stein said. "Any time these two teams get together, it’s always going to be a hard-fought game. They’re a great team with a great coach.

"We had a tough loss to Freeport the other day and you can see the effort today that the girls really wanted to come out here and get this one. When they follow the plan they’re able to do some really nice things."

After Jessica Lynskey knocked down a pair of free throws with 1:57 remaining to cut the Farmingdale lead to 38-33, the Dalers responded with a Shannon McGowan layup with 1:19 left, followed by a Jenna Ruffini free throw, extending the lead to 41-33 that essentially sealed the win.

McGowan finished with nine points, while Briana Neary scored 11 points for Massapequa. Farmingdale improved to 2-3 overall and 2-2 in league play, while Massapequa dropped to 4-2 and 3-2, respectively.

Shimborske also referenced Farmingdale’s previous loss as a lesson that the Dalers had to remind themselves of after Massapequa ended the first half with the final three points to pull to within 17-14 at the break.

"I think coming off the Freeport game, we really struggled in the second half," Shimborske said. "We were up and ended up losing. So I think we were really motivated from that game to really start out strong and finish strong as well."

Shimborske believes that the victory could be a sign of things to come for the Dalers.

"I definitely think this is a big turning point for us," Shimborske said. "We started out against some of the toughest teams in the league in Baldwin and Syosset. So those were a few setbacks but I think we’re in good position to step up now."