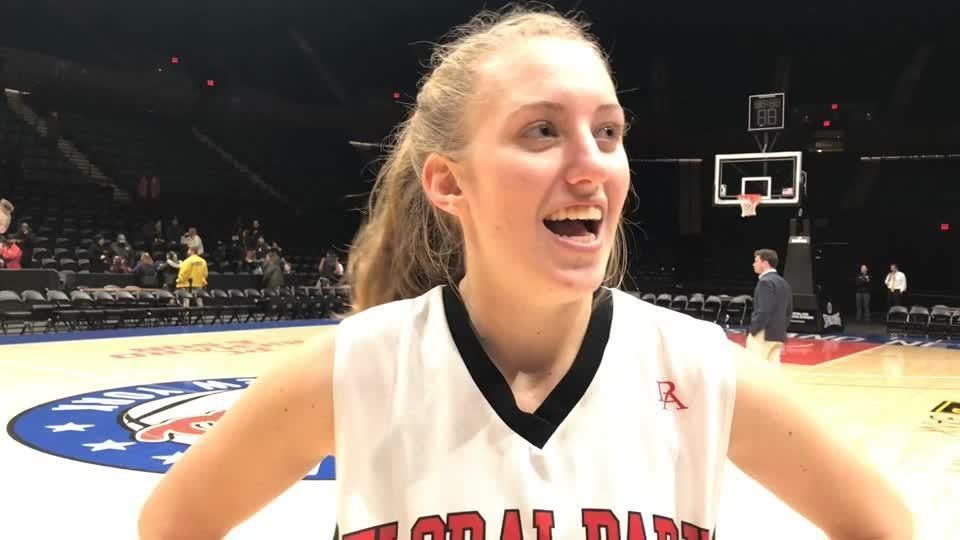 The expansive court and 14,500-seat arena could have intimidated a young Floral Park girls basketball team.

Instead, the court at NYCB Live’s Nassau Coliseum worked in the Knights’ favor.

The extra space gave them more room to break Sewanhaka’s full-court press, and the athletic Knights took advantage. Backed by 11 points each from Amanda Kozak and Kelly Ventura, Floral Park took down their in-district rivals, 57-48, in non-league on Tuesday night.

“The lights are a little bright, but it was a lot of fun,” Ventura said. “At first, we were all nervous, but once we were on the court, it was just a regular game.”

Floral Park’s zone defense stymied the Indians early, and the Knights held a 14-2 lead after the first quarter. Sewanhaka upped the tempo in the second quarter and cut the deficit to 24-20 with seven straight points to close the half.

Flo Hunte led all scorers with 16 points and tied the score at 24 with 6:28 left in the third quarter on an uncontested layup, and Nia Lariosa’s putback several minutes later gave Sewanhaka its first lead of the game at 29-28.

The Knights answered with an 8-0 run, capped by consecutive three-pointers from Kozak. Floral Park never looked back, even when Sewanhaka continued pressing the issue throughout the fourth quarter and kept the game within single digits.

Even in the midst of a competitive game, both Floral Park coach Mike Spina and Sewanhaka coach Alex Soupios made it a point to play everyone on their rosters while competing at the Coliseum.

“It was more fun than any game I’ve ever played,” Kozak said. “The music, the announcers … it was really fun.”

It would be an understatement to say Floral Park is an inexperienced group. There are two seniors and three juniors on the roster, and they serve as mentors for five sophomores, two freshmen and two eighth-graders.

After a 51-47 loss to Wantagh Monday night, the Knights (6-1) showed how to learn on the fly and fix mistakes.

“I’m proud,” Spina said. “After the way we lost to Wantagh, to come back against this team and to jump out to a 14-2 lead showed me a lot about this young team.”

The literal bright lights that Ventura pointed toward postgame didn’t faze them.

“It was honestly just full of thrill and experience,” Ventura said. “I’m glad me and my teammates got to experience it.”