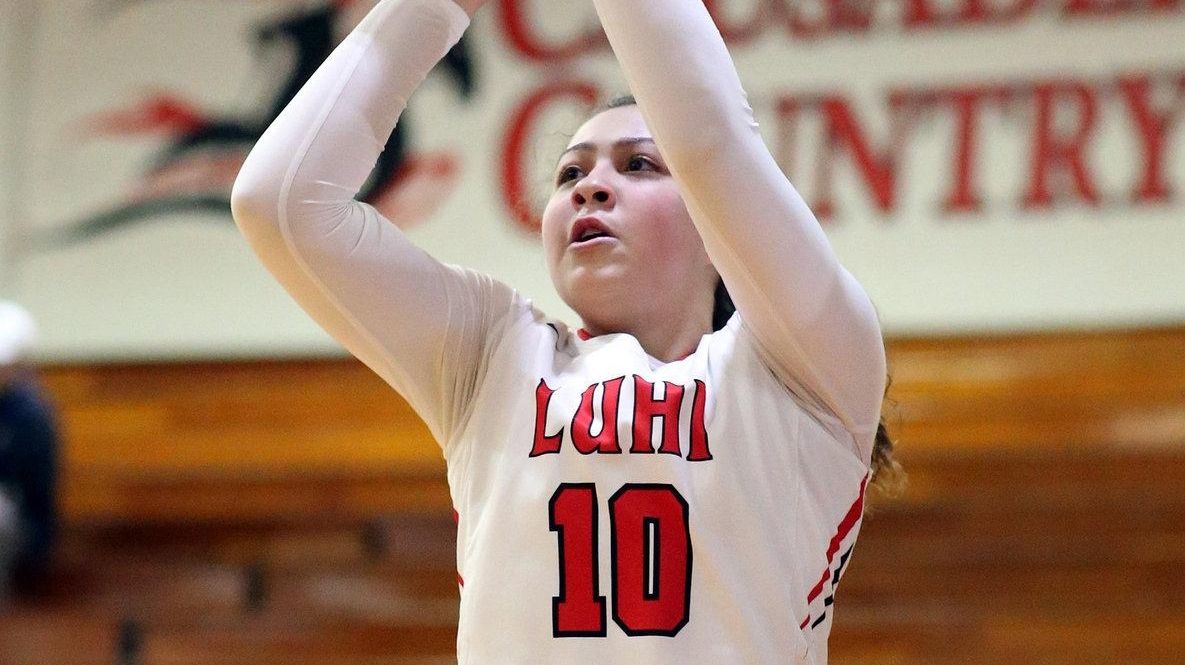 Everything slows down for the Long Island Lutheran girls basketball team when Grace Stone steps on the court.

Coming off the bench for the first time in several seasons, Stone provided a spark with the Crusaders struggling early. The 5-11 senior entered the game after a frantic first quarter and immediately slowed the pace.

Her presence aided the Crusaders’ comeback from a five-point halftime deficit. She assisted Emma Cuccurullo’s go-ahead layup with 1:26 left in the third quarter and then nailed a three-pointer from the left corner on the next possession, leading the Crusaders to a 48-36 win over Franklin (Somerset, New Jersey) in the LuHi Invitational.

Franklin was ranked No. 19 in the country by MaxPreps in its preseason girls basketball preview.

“I just try to be that calming force,” said Stone, who will play at Princeton. “Lisha [Lewis] is a great point guard, she definitely knows what to do on the floor, but I just think my experience has helped me. I’ve been in situations where a lot of girls have pressured me, so I’ve been able to handle that.”

Lewis had four points and eight assists. Celeste Taylor led all scorers with 21 points, 15 of which came in the second half.

“I just had a bad shooting game, but my teammates were there pushing,” Taylor said. “We tried to work as hard as we could on defense.”

The Crusaders’ defense as a whole was much better down the stretch than it was early, closing on shooters and forcing turnovers with quick hands. Their athletic play was partly to thank for an 8-0 run to open the fourth quarter, pushing the Crusaders’ lead to 43-31.

“Once we started to initiate our defense and get that rolling, it allowed us to bring that to our offense and bring our energy to the game,” said Stone, who had seven points.

Lewis’ presence on the team this year has allowed Stone to move to her natural position of shooting guard, making her more comfortable on the court. Lewis said she’s thankful to have Stone with her in the backcourt.

“I think she played a big role,” Lewis said. “When she comes in, that makes a difference. That’s another person that can shoot. That opens up the floor and opportunities for everyone else.”