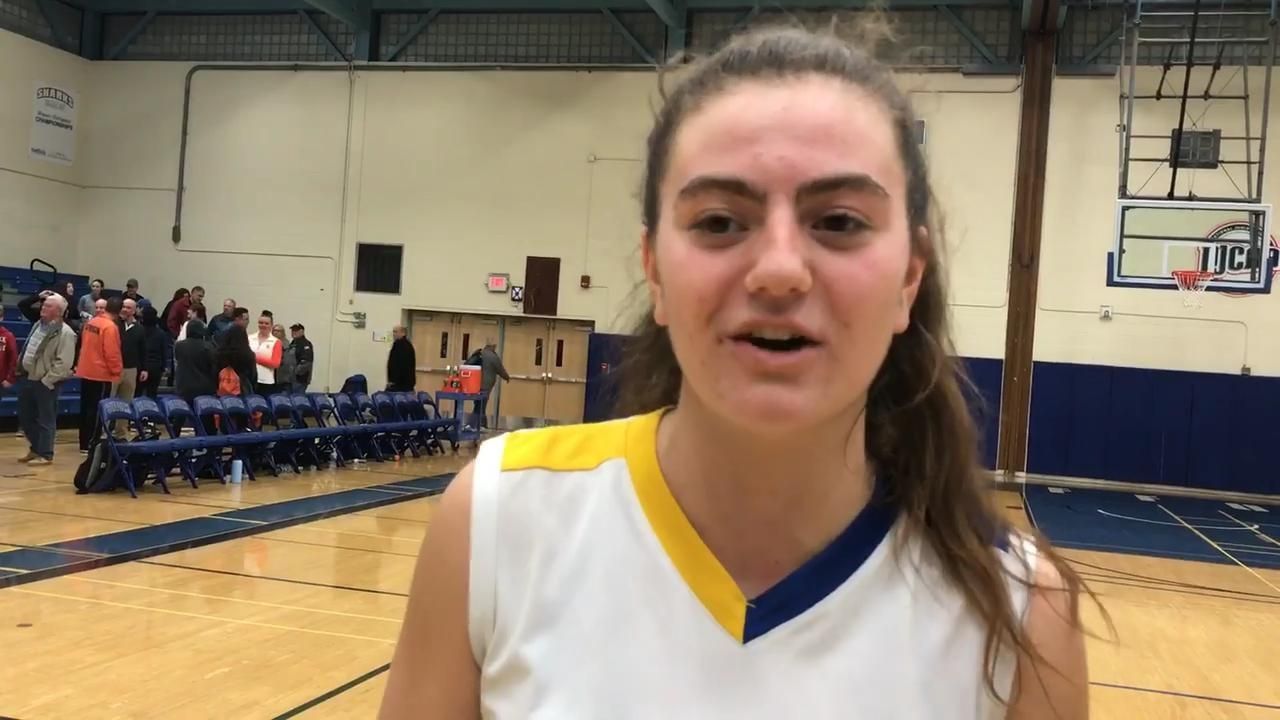 Liz Dwyer and Jane DiGregorio agreed that the pace in which the Mattituck girls basketball team plays can be exhausting. The constant press defense doesn’t just wear down the opposing offense, after all.

But the Tuckers’ suffocating defense held Babylon without a field goal until just under three minutes into the second quarter and relentlessly created scoring chances off turnovers.

A blistering run to open the game set the tone, and top-seeded Mattituck kept adding from there in a 50-34 win over No. 2 Babylon in the Suffolk Class B championship Monday night at Suffolk CCC-Selden.

This is Mattituck’s third straight county title. The Tuckers play Class C champion Mercy in the Suffolk BC championship Friday at Centereach and then the Carle Place-Oyster Bay winner in the Long Island Class B championship on March 7 at SCCC-Brentwood.

“We wanted to come out on fire, and that’s what we did,” said Dwyer, who had 18 points, all in the first half. “By being up 12-0, it helped our press be faster. We were more aggressive and intense.”

Dwyer scored 15 points in a 22-4 first quarter. Amanda Guerra (12 points) netted the Panthers’ first point on a free throw with 3:17 left in the period and Katherine Buser (15) nailed their first field goal on a three-pointer with 5:10 left in the second quarter.

Both Guerra and Buser were key in keeping Babylon within striking distance. Buser’s three-pointer cut the deficit to 35-23 with just over four minutes to play in the first half.

That’s when Mattituck (18-2) raised its press to another level, disrupting inbounds passes and causing havoc when Babylon tried to cross half court.

“It’s really tiring,” said DiGregorio, who had 10 points and a team-high four assists. “There are times when I’m like, ‘Oh my gosh, can we just lay off?’ But then I realize it’s the county championship. Everything matters. You can’t give up.”

Babylon (11-9) ramped up the defense in the second half, too, keying on Dwyer and holding her scoreless. That allowed DiGregorio, Mackenzie Daly (eight points) and Mackenzie Hoeg (five) opportunities to contribute. Alex Beebe hauled in 10 rebounds, many when offense was hard to come by late in the game.

“This year it’s something special because it’s our senior year, so if we lose we go home and if we win, we just keep going,” DiGregorio said. “Hopefully we win [a Long Island championship] and we can go further than that this year.”

Dwyer was happy to give the extra effort for that reason.

“I’m going to feel it tomorrow,” she said, “but it was definitely worth it.”

Girls basketball past championsCounty, LI and state champs since 1975.