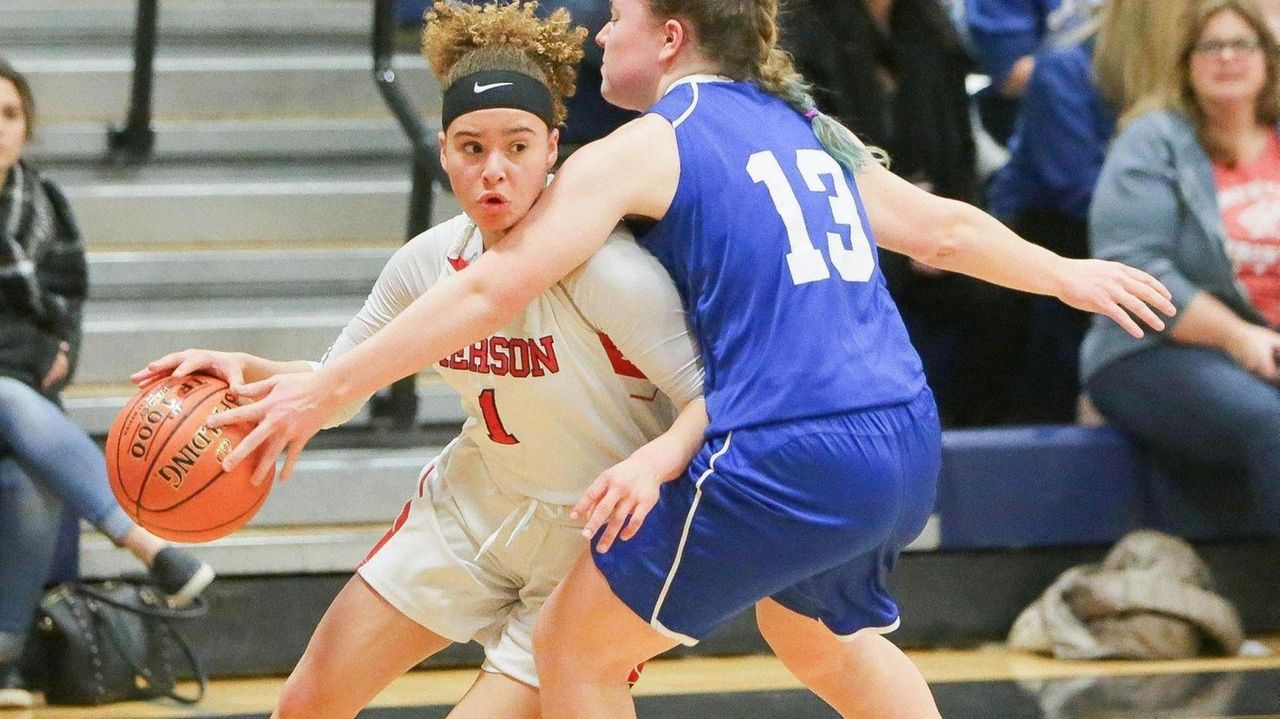 The Pierson/Bridgehampton girls basketball team was visibly upset when they entered the locker room Friday, clinging to just a four-point lead over Smithtown Christian, a team they defeated handily twice earlier this season. Their spark-plug point guard, Chastin Giles, spent the last five minutes of the second quarter on the bench with three fouls, and the Whalers were getting uncharacteristically outrebounded.

“We didn’t come out the way you should in a playoff game,” Katie Kneeland said. “Coach [Kevin Barron] told us we were playing at 70 percent and we needed to bring it up to 100.”

The Whalers heeded the advice, and Kneeland scored 13 of her 17 points in the second half while Giles finished with 11 points, six assists and six steals to lead Pierson/Bridgehampton to a 55-31 win in the Suffolk C/D final at Centereach.

Everything clicked for Pierson in the third quarter. Barron went with a bigger lineup to start, playing a 2-3 zone with three forwards across the bottom, and extended the lead to seven. When Giles checked in with 4:46 left, she spurred an 18-1 run through the fourth quarter. Pierson/Bridgehampton outscored Smithtown Christian 21-5 in the third and led by as much as 29 in the fourth.

Giles proved clearly that the pace of the game is different when she’s on the court. Whether off a steal or a rebound, she is pushing the ball with her head up, looking for the right play.

”I would never get my points without Chastin,” Kneeland said. “I just have to do my jobs and finish when she passes to me … She really has amazing passes.”

But the second-half dominance in the paint indicated the Pierson/Bridgehampton attack is multifaceted. Celia Barranco (five points, eight rebounds), Aziza El (10 points) and Kneeland (10 rebounds) are effective on the glass and limit opponent opportunities. It’s a skill that will be increasingly useful as they continue to advance in the state tournament.

“The great thing about our team is that we can still pick up the pace without [Giles],” Baron said. “And when she comes back into the game, she ignites us.”