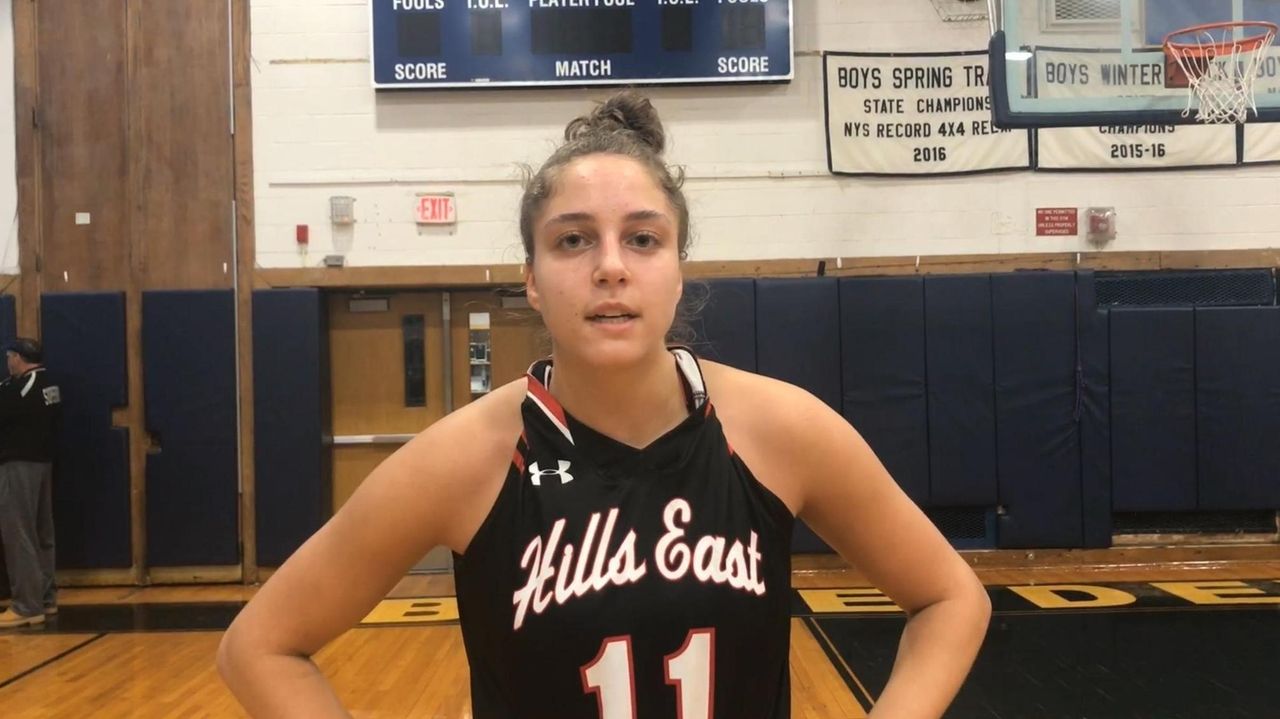 Remi Sisselman doesn’t often get angry on the basketball court.

Instead, the Half Hollow Hills East junior guard said she focuses any in-game emotion on her own performance, turning her attention to the hoop and what she can do to help her team win. On Thursday night, that meant jumpstarting the Thunderbirds’ offense, leading the team to a 56-42 victory over Huntington in Suffolk III.

Sisselman scored 11 of the Thunderbirds’ 13 third-quarter points, finishing with 26 points.

“I kept moving and trying to make something happen,” Sisselman said. “I needed to deliver the ball, get the ball up fast and make some shots.”

Hills East (6-1) took a seven-point lead into halftime, but Huntington answered quickly as Emily Plachta drained a three-pointer just more than 30 seconds into the third to make it 30-26.

That’s when Sisselman went to work.

She said she “knew [Huntington was] was coming back,” so she responded by scoring the next nine points, giving Hills East a 39-26 lead with 3:17 left in the third. Huntington (3-5) was held scoreless for  about four minutes.

“[Remi] was very confident today and we’re looking for her to do that,” Hills East coach Adam Cirnigliaro said. “Huntington played us great and she just kind of asserted herself as the best player on the floor.”

Sparked by Sisselman’s scoring burst, and with her drawing the bulk of Huntington’s defensive efforts, Hills East settled into its offense down the stretch, spreading the ball out and continuing to push tempo.

“That’s huge for us, because every team is trying to take [Remi] away,” Cirnigliaro said. “Our other kids can hit shots, now they’re going to get opportunities to do it.”

And hit shots they did. Hills East opened the fourth on a 9-4 run, capped by senior forward Kaylee Stein’s basket with 2:57 left to make it 52-36.

“We needed to stay intense, that was the biggest thing,” said Stein, who recorded eight of her 16 points in the fourth. “End of the third, into the fourth was where we started breaking down their defense and sharing the ball.”

For Hills East, the game wasn’t always perfect, but Sisselman credited the Thunderbirds for their play late. She lit the offensive fuse and the rest of the squad followed suit, a trend she hopes will continue for the rest of the season.

“We work so hard in practice every day for games like this,” Sisselman said. “We all needed to be confident and trust each other.”