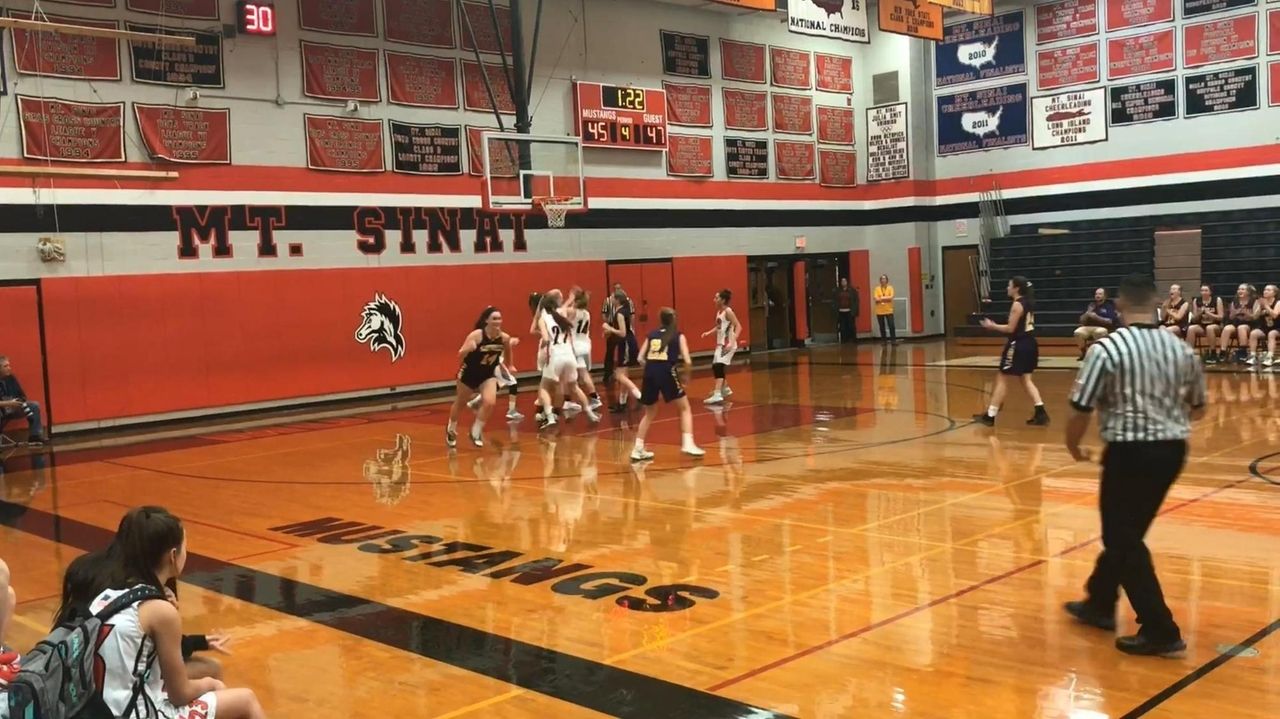 After a back-and-forth first half against Mt. Sinai, the Golden Flashes knew they had to try something different to find their rhythm. So, the squad switched up its defense, moving out of a zone and into man-to-man, which shut down the Mustangs out of the break and propelled Sayville to a 53-45 victory in Suffolk VI.

The Golden Flashes outscored Mt. Sinai 16-4 in the third quarter and didn’t allow a point in the final 2:46 of the game.

“Once those changes were made we did a good job,” said forward Jenna Harclerode, who finished with 14 points and 12 rebounds. “When we get going, it’s the best feeling. Everyone starts connecting on the court.”

Sayville (2-0) opened the third quarter on a 10-point run, highlighted by Hannah Blaskiewicz’s bucket after 4:20 had passed, to give the Golden Flashes a lead they would never surrender.

Mt. Sinai (1-2) was held to just one field goal in the third quarter as Sayville brought defensive pressure from every angle and crashed the boards, limiting the Mustangs to one-and-done possessions.

Guard Kerri Gunther echoed that sentiment, adding that Sayville also worked to get “offensive rebounds, put it back and get fouls.” She said she wasn’t too focused on the score during the third-quarter run, but admitted that the 42-34 lead the Golden Flashes took into the fourth was a confidence boost down the stretch.

“We were working well together,” said Gunther, who had 10 points. “We know what we’re doing, and we know how to close down on girls. It worked, obviously.”

Mt. Sinai did its best to rally, with a 9-1 run in the fourth to pull within 47-45 with just under three minutes left, but that was as close as the Mustangs would come. Sayville locked in on defense and hit its shots down the stretch, including a pair of free throws from Harclerode with 19.9 seconds left.

This season, Sayville is hoping that defense will help win a county championship, but for now, the Golden Flashes are more than content with a league victory and, they hope, something to build on going forward.

“This is great for us” Harclerode said. “But we’re going to stay humble and keep pushing every game.”

Sayville vs. Mt. Sinai photosSayville and Mt. Sinai faced off in a Suffolk girls basketball matchup on Friday Dec. 13, 2019.