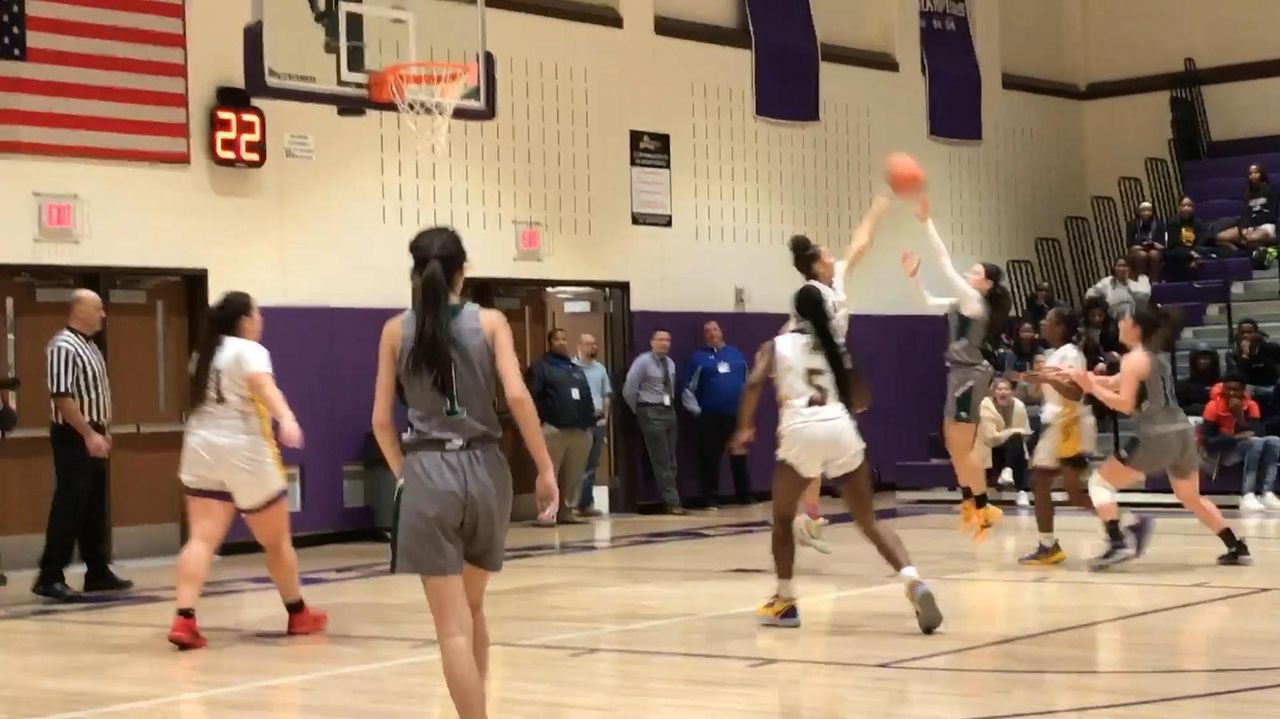 Coming off their first-ever Long Island Class A championship last year, the Sewanhaka girls basketball team entered Wednesday night facing a great deal of adversity with only two wins under their belt through eight games this season.

But taking down a previously undefeated conference opponent gave the Indians quite the confidence boost.

“I’m really proud of us,” said guard Angelica Lazo, who had 10 points and three assists in a 63-50 Nassau A-II home victory over Bellmore JFK.

“We came from a tough start and we know we have some people that are doubting us. This game proves what we’re capable of together.”

Bellmore JFK had a 9-0 record coming into the matchup.

Samirah Akinwunmi, who’s played with a sprained right pinkie the last few weeks, led the way for Sewanhaka with 23 points. She said humility will be crucial for the Indians moving forward.

“Just because we beat an undefeated team, we still have to remain humble,” Akinwunmi said. “We have to keep pushing. It was a tough start and we kept losing to teams that we thought were beatable. But this was a wake-up call.”

Ahead 39-33 at the end of the third quarter, Sewanhaka began the fourth with a 9-4 run that widened its advantage to 48-37, capped off by Mia Weinschreider’s layup with 5:05 remaining.

Bellmore JFK responded with five consecutive points, but the Indians outscored the Cougars 15-8 over the final 2:55 to seal the win. Lazo gave Sewanhaka a spark with eight points in the final period.

The Indians led 39-33 at the half after outscoring Bellmore JFK 17-5 in the first quarter thanks to swarming full-court defense and nine points from Akinwunmi.

“I don’t know what everyone ate; I don’t know if it was the food,” Akinwunmi joked of the quick start. “But we were all doing well and everyone was in a good mood.”

“They’ve really week by week grown into these roles,” Soupios said. “Being able to handle the pressures of a varsity season and getting a victory like this feels really good. It’s something to build on.”