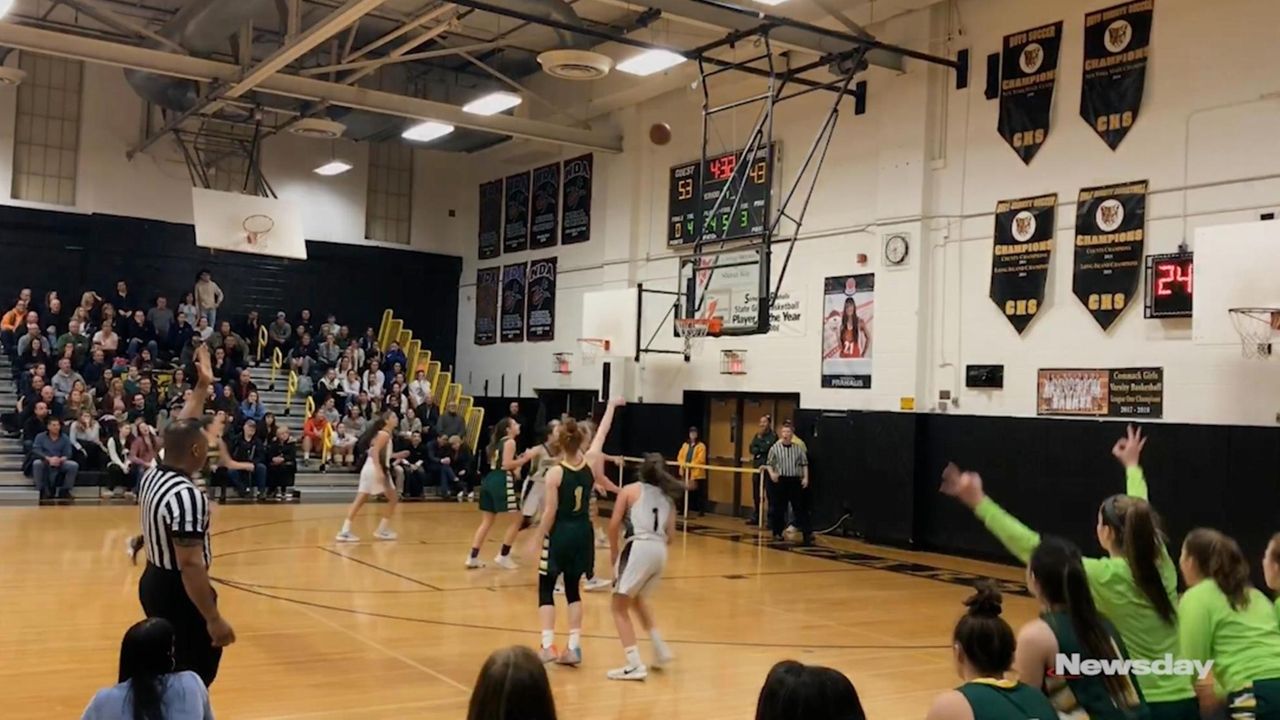 In previous seasons, the Ward Melville girls basketball team might have crumbled.

There was a point in the second half of Friday night’s Suffolk League I bout against Commack in which the Cougars were rallying. The Patriots’ 21-point lead had narrowed to nine early in the fourth quarter.

Past Ward Melville teams might not have had the defensive fortitude to stop such a run. This Patriots team does.

Lauren Hansen had 27 points — three on a runner that beat the halftime buzzer — and five assists, Bre Cohn had 18 points and Jamie Agostino played lockdown on-ball defense, leading Ward Melville to a 60-48 win in front of a packed Commack gymnasium.

“Playing defense and getting in people’s heads is a really great part of basketball,” Hansen said. “It’s fun to play defense and shut people down and frustrate them as much as it is to score on them.”

Ward Melville (10-1, 6-1) led 47-26 after Morgan Wenzler’s lay-in midway through the third quarter, but Commack (6-5, 4-4) mounted a run. Katie Kelly (18 points) ignited the Cougars with scrappy defense, and her consecutive layups in transition early in the fourth quarter capped a 15-3 run, cutting the Patriots’ lead to 50-41.

“Every day can’t be a good offensive day, so in practice, [Prahalis] just pushes the fact that we need to get stops,” Agostino said. “From defense comes good offense.”

Ward Melville halted the run when Hansen dribbled past half court and fired a pass to Cohn in the left corner, who drained one of her four three-pointers. Back ahead by 12 at 53-41, The Patriots didn’t let up.

Ward Melville’s relentless defense forced Commack into poor shots at the end of the shot clock on consecutive trips with less than three minutes remaining.

“I’m big on toughness, effort and having each other’s backs,” Prahalis said. “I think that’s the key to winning these types of games.”

Hansen was right in the thick of it, guiding ballhandlers into tight spaces on the sideline and using her quick hands and feet to disrupt passing lanes.

Said Prahalis: “We’re built for tough times. Whether it goes our way or not, we’re built to get back up.”

Athlete of the Week is Ward Melville's HansenLauren Hansen seems to have fully embraced being the leader of the Ward Melville girls ...