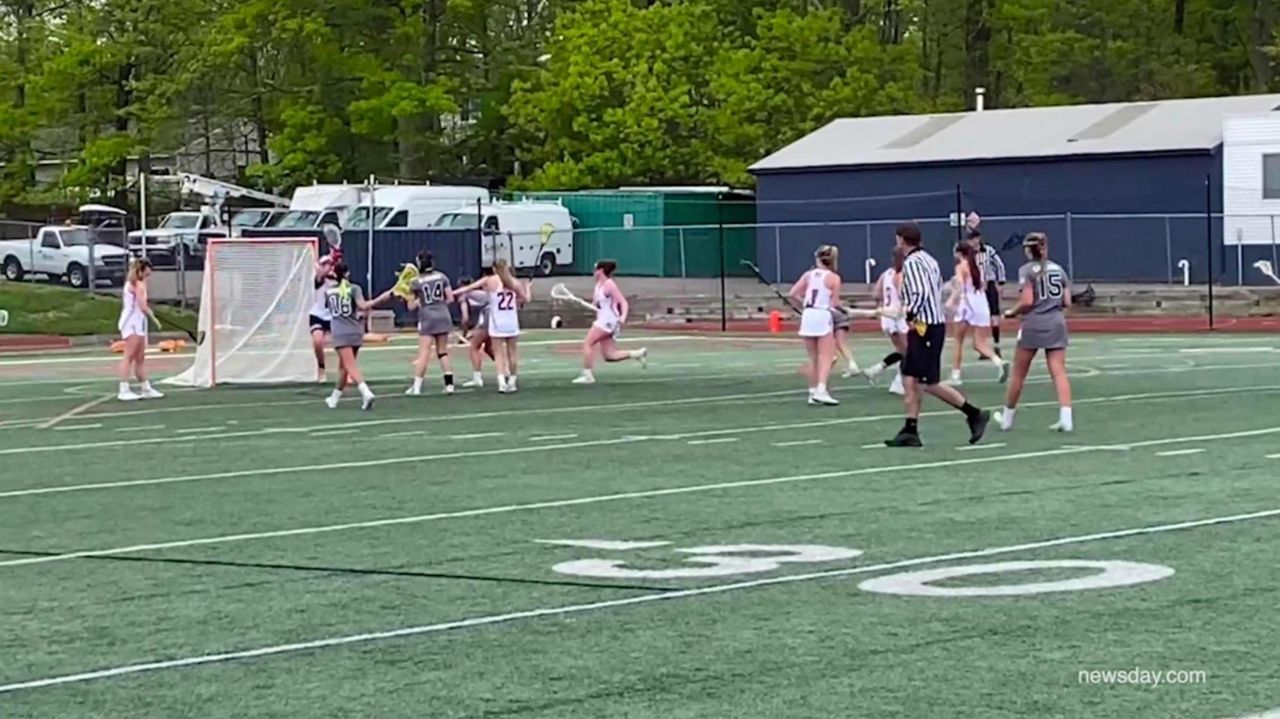 Celeste Forte has gone from being a role player on a state championship team to becoming the go-to player on every end of the field without additional varsity games between.

The senior midfielder for the Eastport-South Manor girls lacrosse team played defense on varsity since the eighth grade. She was going to play more midfield in 2020, but the COVID-19 pandemic had other plans. Now in her first season as a true midfielder for the Sharks, Forte has proven to be up for the challenge.

"She brings that fire," coach Becky Thorn said. "From playing midfield and getting that stickwork up, she has that fire for the net. It’s good to see a defender who is very good defensively now bring the offensive side of the game also."

Forte, who is committed to play at the University of Florida, is often the one winning draw controls, running a charge up the field or in the middle of the defense to stop an opposing run. She had a goal, two assists and five draw controls while playing strong defense as Eastport-South Manor defeated host Miller Place, 11-3, in Suffolk Division II girls lacrosse Saturday afternoon.

"Celeste is a huge threat on offense and she is insane on defense, too," said senior midfielder Katie McCormick, who scored four goals. "She’s basically everywhere on the field."

But Forte is quick to pass the praise to her teammates.

"I like to work with my teammates a lot," she said. "If I win a draw, if I play good defense … I know they have my back."

Giana Murphy added four assists, Marisa Tancredi had two goals and Gianna Giacolone had a goal and an assist for the Sharks. Katie Vahle had five saves to back up a strong defensive front.

"I like to keep a positive mindset," Vahle said. "I feel like if we are all on the same page and having fun, I feel that keeps us together as a team and makes us work harder on defense."

Eastport-South Manor takes the field after winning the state Class B final in 2019. The Sharks aren’t ready to surrender the title of "champions" yet.

"It's a big motivation because what our coaches say a lot is that everybody’s on us," Forte said. "We’re a target for a lot of teams because a lot of teams want what we had."

And Forte is expected to be at the center of making another championship run possible. Even though most of this year's varsity starters have experience from the championship run, they will all take on more responsibilities this spring.

"It’s a tough shoe to fill," Thorn said. "It’s tough to go from a role player to that go-to player, but I do think a lot of the girls lean on her."