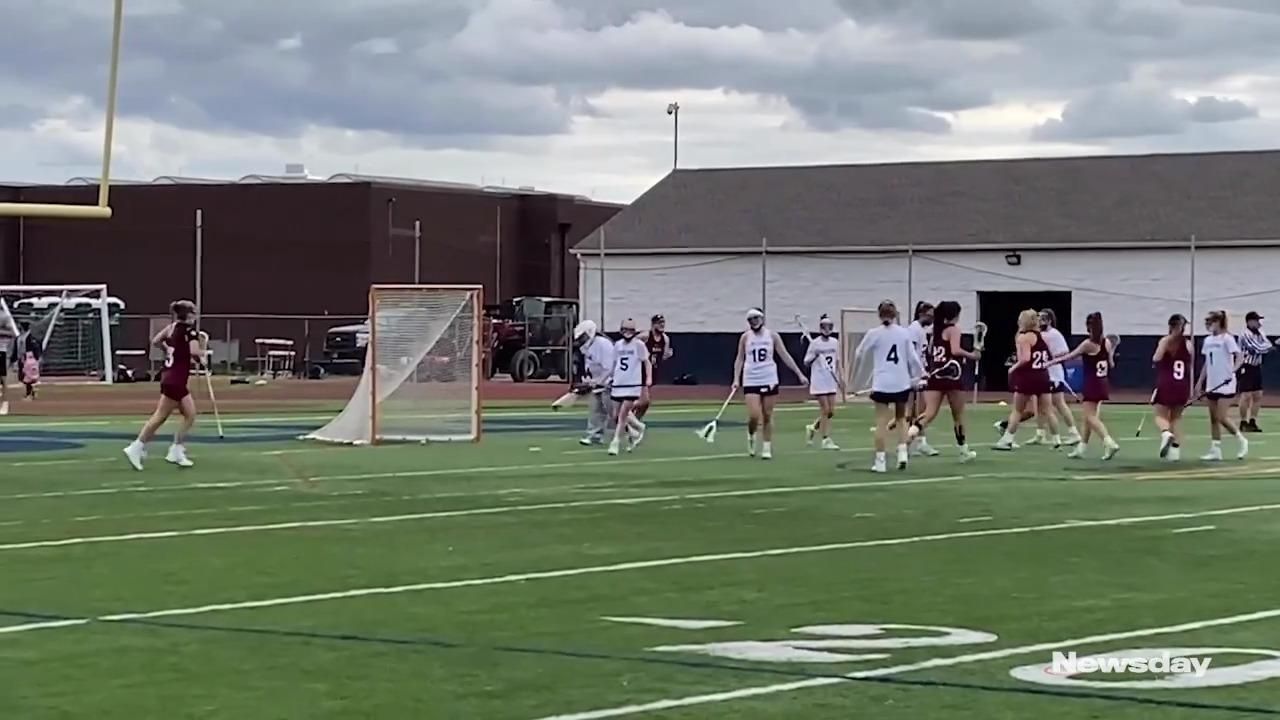 Elizabeth Schmutz and Allison Brewer have shared a field together since they were old enough to pick up a lacrosse stick. And does it show.

"I just know where she’s going to be," Brewer said. "I feel like we can read each other’s minds a little bit."

Their telekinetic powers were on full display in Bay Shore’s 15-5 victory over host Smithtown West in Suffolk Division I girls lacrosse Monday. Schmutz had seven goals and two assists and Brewer had a goal and eight assists as Brewer found Schmutz on five of those seven goals.

"I can read her," Schmutz said. "I see where her body movements are going and I know she’ll pass it to me if I’m open and she’ll give me the chance to score."

Brewer often controlled the offensive pace from behind or beside the net, as Schmutz cut toward the goal and created plays to finish scoring chances.

"We’ve played together since we were 4," Schmutz said. "We’ve never not been on the same team together. I love playing with her, we always see each other [on the field]."

"She makes it easy to pass it to her," Brewer added.

The duo connected for two goals in the opening minute and Bay Shore opened an 11-0 lead at halftime.

Grace Paliseno added three goals and Lola Leone had a goal, an assist and seven draw controls for Bay Shore (2-1).

"I think they knew exactly what they had to do, starting with the draw," coach Michelle Houlihan said. "That’s been our biggest issue and Lola had seven draw controls today and with Allison and [Elizabeth] working together and getting that chemistry, this is a new squad and seeing that chemistry really fast early on in the game was awesome."

Laura Luikart had two goals and Joliana Schiavo had a goal and an assist for Smithtown West (0-3).

Houlihan credited Leone’s ability to control possession and start runs in the victory.

"She is a huge impact player," Houlihan said. "She can do it all. She gets the stuff people sometimes don’t notice. Getting seven draw controls, the ground balls, to making sure the possessions are settled, she’s a captain, she’s a leader and having her out there is super important."

The coach also hopes the Brewer to Schmutz connection continues to shine.

"It really finally came out," Houlihan said. "We’ve been practicing her feeds nonstop and I think it really showed what could come out of it."