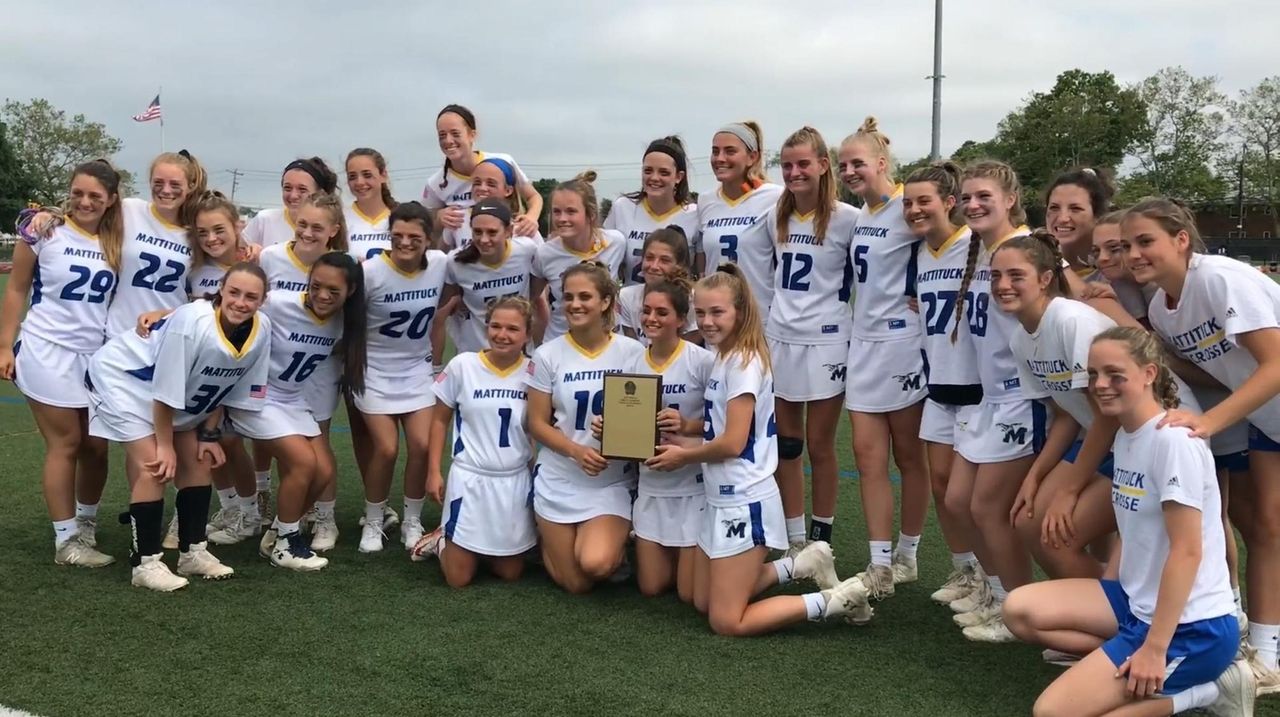 Mattituck/Southold needed an adjustment on draw controls in the second half to win its third consecutive Suffolk Class D girls lacrosse championship.

Mackenzie Hoeg’s four goals led No. 1 Mattituck/Southold to a 12-3 win over No. 2 Babylon on Thursday at Farmingdale State. Riley Hoeg and Francesca Vasile-Cozzo each had two goals and three assists. The Tuckers will play Carle Place in the Long Island Class D title game at noon Saturday at Adelphi.

“I think we used the mistakes that we made from the first half and in past years to really pick it up this year and progress,” Riley Hoeg said.

The Tuckers had a 12-5 draw control advantage in the game, and that edge helped them to take command after halftime. Coach Matt Maloney said, "Winning four or five in the second half propelled us in the right direction, and that was huge.

“Limiting shots and touches to those better players was the key coming in. When they had the ball, their plan was slow down and keep possession and keep it away from us. Winning the draws was crucial at that point.”

Riley Hoeg connected with her sister Mackenzie on back-to-back goals to open the second half, and the Tuckers used a 5-0 run to take an 8-2 lead. Riley Hoeg, a senior, recorded her 200th varsity assist, Maloney said.

Mattituck’s run ended when Ward scored her third goal with 12:37 remaining. The Tuckers scored the final four goals, two each by Julie Seifert and Mackenzie Hoeg.

“I know that we were a little concerned,” Mackenzie Hoeg said. “But at the end of the day we knew how good we can be, and in the second half we really had to pick it up, and we did.”