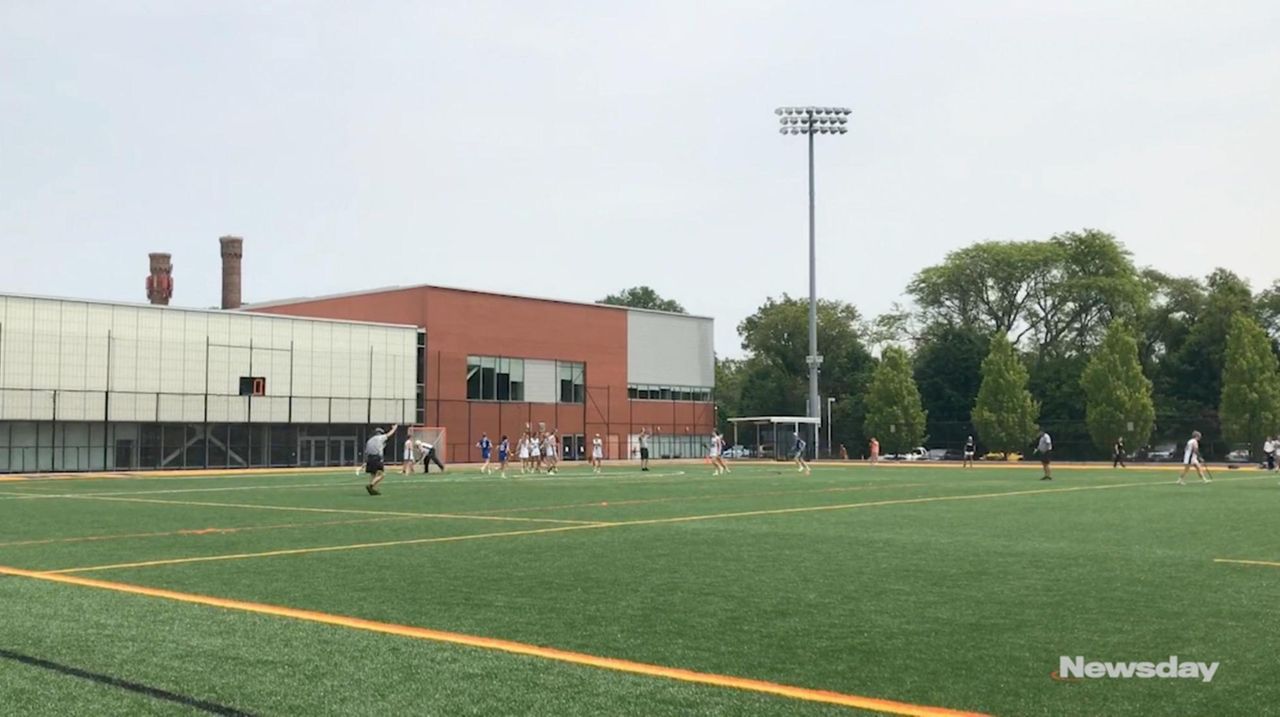 Mattituck/Southold will travel to SUNY Cortland for the state semifinals on Friday at 9 a.m. against Palmyra-Macedon. The Tuckers beat Bronxville for the title last year.

Mattituck/Southold came out strong and took a 6-2 lead when Julie Seifert scored off an assist from Francesca Vasile-Cozzo with 8:55 left in the first half. The game featured seven different goal scorers for Mattituck/Southold (13-5), including two goals each from Riley Hoeg and Vasile-Cozzo.

Carle Place’s Julia Winer scored two goals in the final five minutes of the first half to reduce the Frogs’ deficit to 6-4.

But the Tuckers responded quickly when Hoeg opened the second half with a goal off an assist from her sister Mackenzie. Kaitlin Tobin added a goal to give the Tuckers an 8-4 lead.

Carle Place stormed back with goals from Ali Nagy and Paige Selhorn to make it 8-6. But Vasile-Cozzo gave her team some insurance with a goal that made it 9-6 with 9:53 remaining in the second half.

“In my head I was thinking I needed to get this one in,” Vasile-Cozzo said. “Our shots weren’t the greatest today, we beat ourselves up with that, but I knew we needed something.”

Nagy’s free position goal and Emiline Biggin’s late goal cut the Tuckers’ lead to 9-8 with 2:50 remaining in the game, but the Tuckers defense held on.

“We knew that we just had to keep our zone, we had to talk a lot, and I think that died down in the second half, because of the heat since we’re on turf, so it was pretty hot,” senior defender Lauren Zuhoski said. “We just had to pull through, and I think it did get pretty close in the end, so it was a little nerve wracking. We just kept our (communication up) and we got it down on the offensive end.”

Maloney said the team’s unity was the biggest factor in the win.

“Some things didn’t go our way, and it wasn’t pretty, but we stuck together from offensive to defense to draws,” he said. “As a team, if you want to go far that’s what you have to live on.”