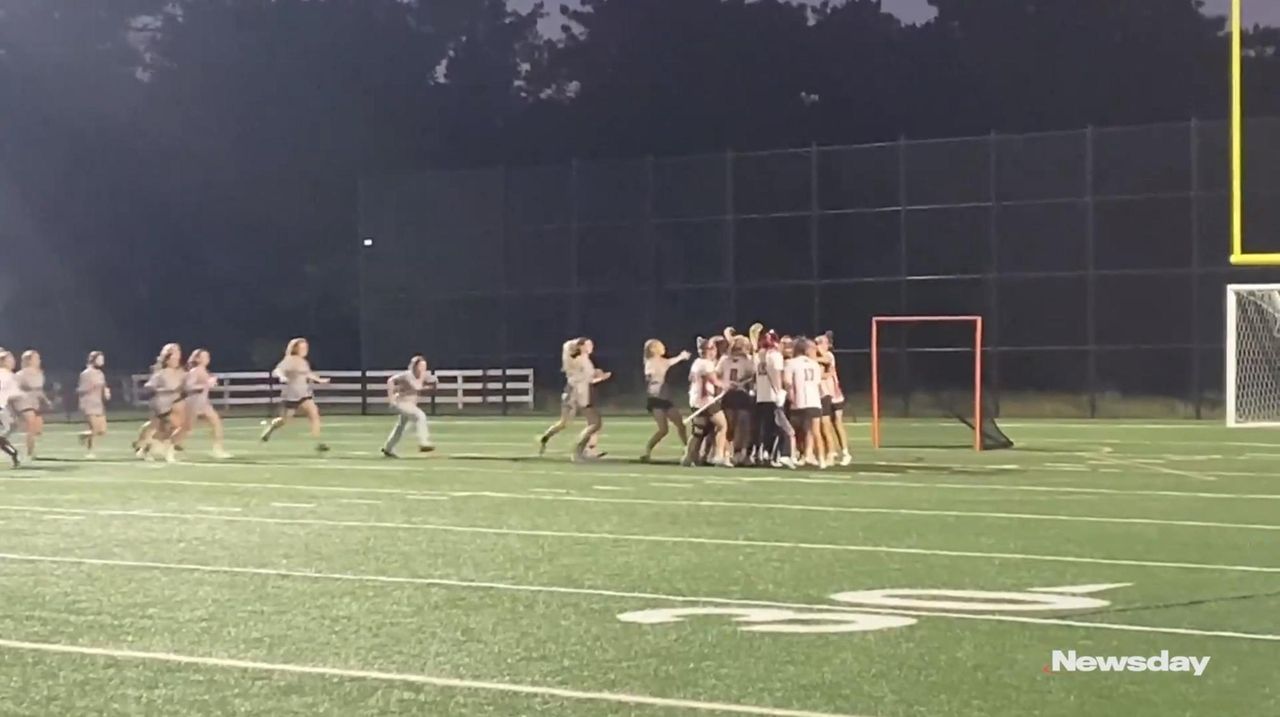 Hayley Hermsdorf was convinced Megan Magill would finish the goal.

With the score tied in overtime with a girls lacrosse county title on the line, Hermsdorf stood behind the goal waiting for a teammate to break free. To no surprise to her, that player was Magill.

That it was. Magill finished the winning goal 56 seconds into the first overtime period as host and top-seeded Center Moriches defeated No. 2 Port Jefferson, 8-7, in the girls lacrosse Suffolk Class D final Tuesday evening.

"We’ve been working really well together this season and I know she has the IQ," Magill said. "And it was just perfectly placed."

"I have 100% faith in every single girl that was on the field today," coach Paul Raimondi said. "They put a lot of time into the game and wanting to get to this point. This is something they’ve talked about since they were in the sixth grade that they wanted to be the first group to bring a county championship here."

Hermsdorf had four goals and Izzy Raimondi added two goals and an assist for Center Moriches (11-5).

"I didn’t want this to be my last game," said Hermsdorf, who has played varsity since the eighth grade. "So now knowing that it’s not and my last game will be LICs, it’s just so exciting knowing that my last game is something to strive for and knowing it could make more history."

And now, Center Moriches is one win away from making school history for the second time in a week.

"I’m kind of in pure shock because it’s something we’ve wanted for so long and it’s something that we’ve been looking forward to the whole season and we knew we had a chance to get it this year," Hermsdorf said. "Now that it’s actually real is insane."