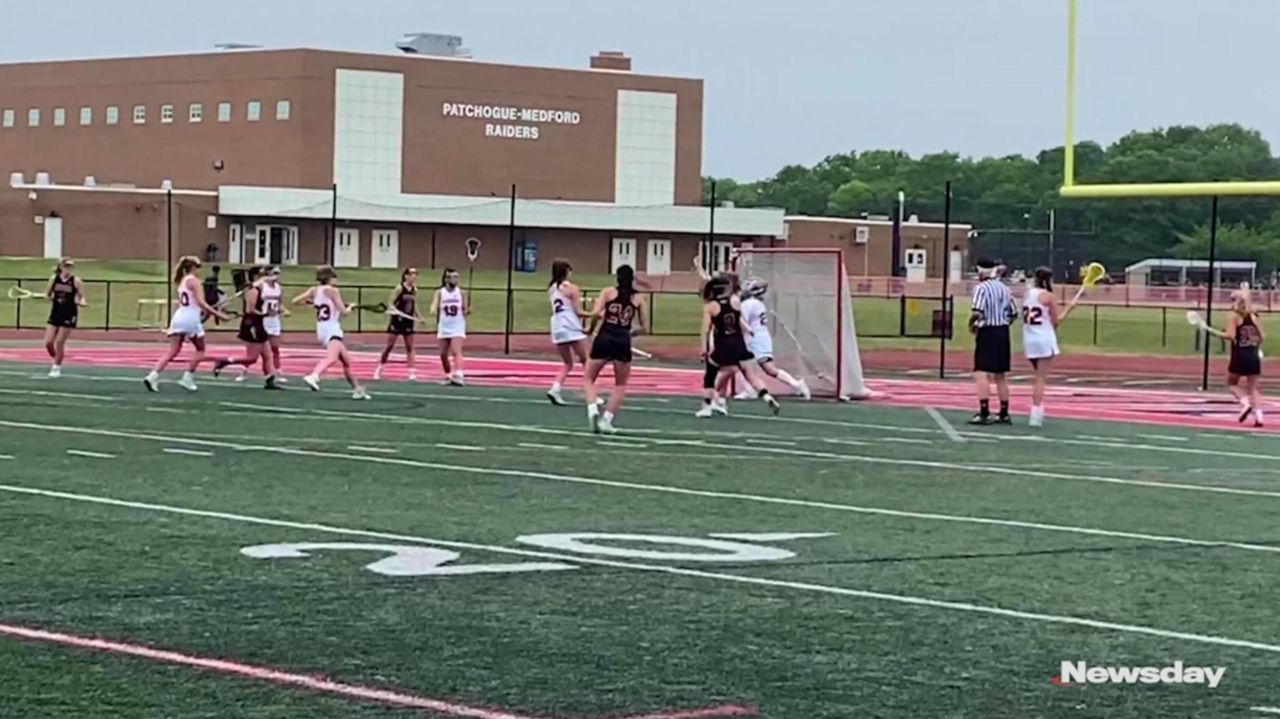 When Abby Carroll walked off the field at the end of her freshman season, it appeared she had a decorated high school tenure in front of her. Little did she know what roadblocks lay ahead.

Carroll, now a senior girls lacrosse player at Sachem East, had 24 goals and 14 assists as a freshman. She was well on her way to being a staple at the top of the Suffolk County points leaderboard.

But then she missed her sophomore season with a torn ACL. Then her junior season was wiped out by the COVID-19 pandemic.

"I wanted to make a good career out of high school, but it kind of didn't work out that way," Carroll said. "But I’m back now and better than ever, so I’m ready to go."

She certainly is. Carroll had five goals as Sachem East defeated host Patchogue-Medford, 10-4, in Suffolk Division I girls lacrosse Thursday. Carroll, who was also Suffolk’s girls soccer leading scorer this year, ranks near the top of the girls lacrosse leaderboard with 45 goals.

"It’s just so much fun to watch her play," coach Tina Moon said. "She’s eager, she wants it. She’s like a little metal detector. She knows where the ball is and she finds it."

Morgan Zimmerman, who had two goals and an assist Thursday, has played with Carroll since the two were in middle school. They can’t believe they missed out on two varsity seasons together.

"Not playing with Abby for two years, it’s kind of crazy thinking about it like that," Zimmerman said. "But seeing her out there playing her best and really putting points up for us is awesome."

Carroll was dominant all over the field -- not just by scoring. She added nine draw controls and two interceptions.

Carroll, committed to play at Binghamton, never could have imagined after a successful freshman season that she’d never play another varsity game until her senior year.

"I would have never thought that," Carroll said. "If I knew that, I definitely would have had a different mindset. With COVID and missing my sophomore season, this is my final high school season, and I want to make it count."