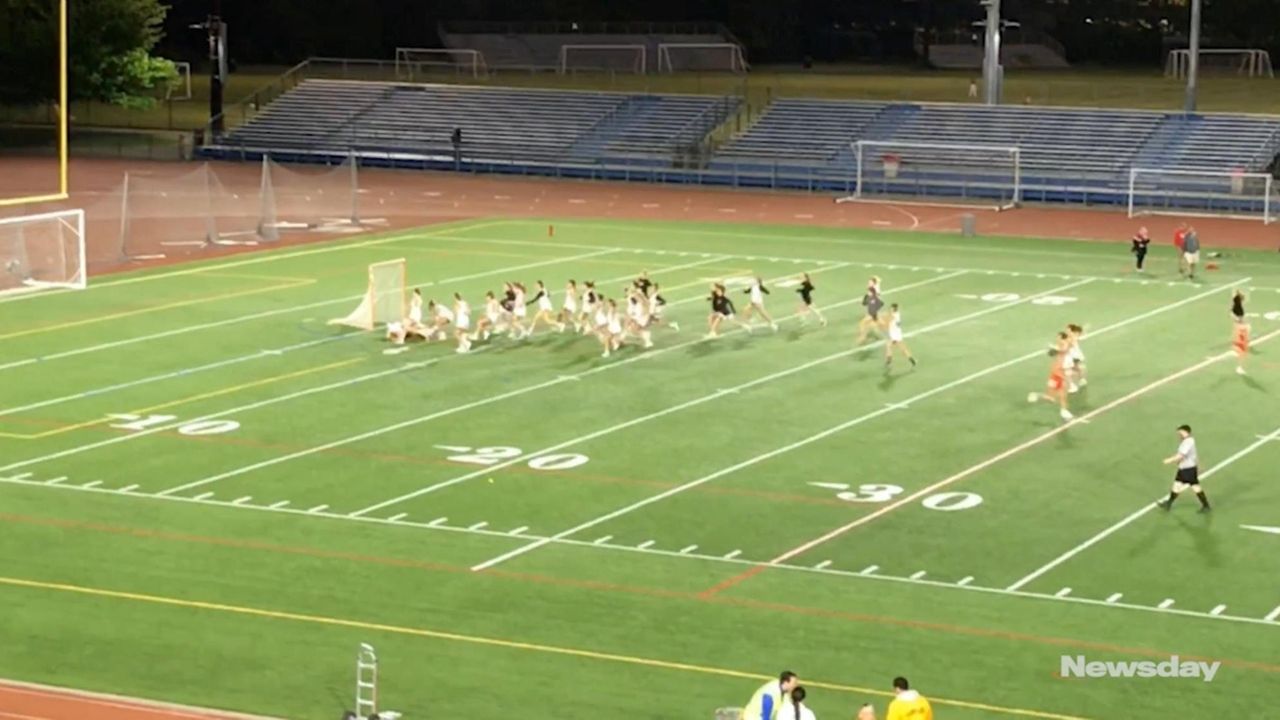 The St. Anthony’s girls lacrosse team would not be turned away. Seeking to win back the CHSAA Class AA championship after losing last spring for the first time in a decade, the Friars were energized.

With “Redemption Tour” emblazoned in bold red lettering on the back of their black pullovers, St. Anthony’s controlled a slow first half but dominated the second. The Friars defeated Sacred Heart, 9-7, on Tuesday night at Mitchel Athletic Complex, recapturing the title they so desperately wanted back.

“We knew we had the team to come back,” said Katie DeSimone, a junior who had three goals and one assist and was named the Class AA league MVP. “This year, it was the push and the focus that we all had.”

The sides traded blows in the first nine minutes of the second half, but after Melissa Biscardi cut the Friars’ lead to 6-4, St. Anthony’s put the game out of reach. DeSimone scored for a 7-4 advantage, then Kira Accettella followed with two goals as the Friars led 9-4 with 6:40 left.

Sacred Heart finished on a 3-0 run in the final 5:40 with goals from Kayla Martello, Emily Weigand and Arden Tierney, but St. Anthony’s hung on.

Charlotte Verhulst (two assists) was integral in the first half, helping the Friars win six of seven draws. Sophomore goalkeeper Erin O’Grady was named the championship game MVP after making six saves, five of which came in the second half.

“Erin came in the first day of tryouts and made stops like we’ve never seen,” DeSimone said. “She stepped up and did not back down."

The first half moved slowly as these teams — matching up for the third time this season — jockeyed for the advantage. It culminated in a 3-0 run and a 4-2 lead for St. Anthony’s (17-1), which won both regular-season meetings, 10-9.

The Friars envisioned the title’s return to South Huntington all season. They just had to finish their journey.

“The loss only makes you better, and I think that we could build from last year,” Verhulst said.

“I think that when we felt that, we knew we would never feel that again.”