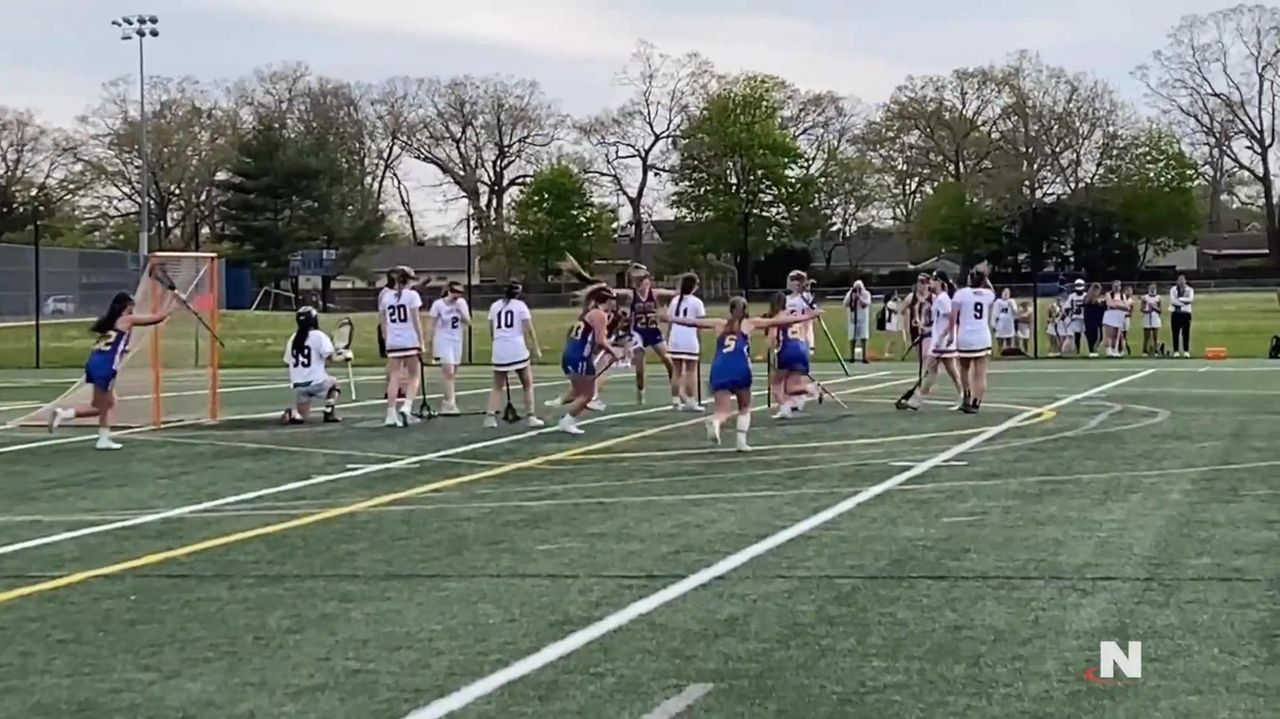 Carly Cenci scored the winning goal for West Islip. But she was one of the last ones to know it.

The West Islip senior attack received a pass from Stephanie Doyle and found the back of the net with 39 seconds remaining in overtime to break a tie at 12. Little did she know, that was the final play of the game.

"I thought we were playing until the clock ran out, so I didn’t even know we won at that point," Cenci said. "I was ready to keep playing, but I’m so happy we won. It was a sick game."

West Babylon was doing all it could to slow down Maggie Davidson, who finished with four goals and two assists, down the stretch. But the senior midfielder didn’t mind. She had complete confidence in her teammates to create a winning play if she couldn’t.

"I knew any player on the field could have stepped up," Davidson said. "I’m so glad it was Carly. Everyone was trying to make opportunities for each other and [Doyle] made a good pass and [Cenci] was wide open."

And this had much more than an early, regular season feel to it. Thursday was just the second game West Islip played since walking off the field after a Suffolk Class B semifinal loss to West Babylon in 2019.

"We reminded them," coach Joe Nicolosi said. "We have about five girls on that team that are seniors now, so we reminded them from the beginning. And pretty much all those seniors start, so they knew what had to be done today."

"We knew going into this game we had to be out for . . . revenge," Davidson said. "And they still have amazing players and they showed it today, but it’s just insane how we were able to pull it off."

Maria Pellegrino had 15 saves, including a stop in the final seconds of regulation, for West Islip. Nicolosi and her teammates praised her play in the victory.

"She was more important than anyone," Cenci said. "We couldn’t have won without her."