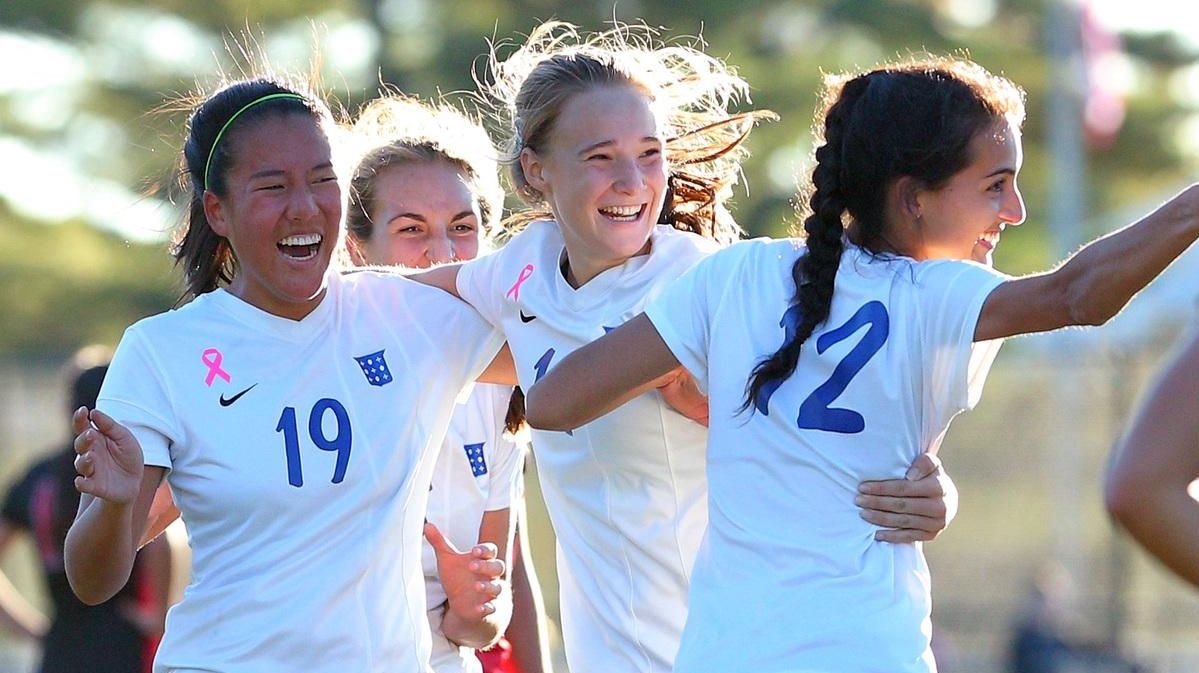 Portledge senior Arianna Marciano, left, MVP Marissa Stanco talked about their feelings when the final buzzer sounded in the team's 1-0 win over Long Island Lutheran for their fourth straight PSAA championship at Cantiague Park on Friday, Oct. 27, 2017. Also in this video: Portledge runs on the field to celebrate when the final buzzer sounded. Arianna Marciano' scored the winner with 30 minutes remaining in the game. Portledge posed with their PSAA championship trophy. (Credit: Newsday/Melissa Kramer)

“This fourth win definitely means the most to us,” Marciano said. “It’s our senior year and we get to end our high school career knowing we were able to accomplish everything that we dreamed of and how strong our team has been getting each year. It just means so much for our senior year.”

Marciano scored unassisted when she took a shot from 30 yards that found the back of the net with 30 minutes remaining for the game’s only goal.

“The goal was definitely needed in our game,” Marciano said. “We needed to get some momentum and we’re definitely a second-half team where we are able to keep up our fire through the first half and second half. The goal was perfect timing and right after that, our team was really fired up and it definitely gave us enough momentum to finish off the game strong.”

Panthers goalkeeper Jeannie Wallner, who made six saves, made two crucial stops with 5:17 remaining and then denied a breakaway with 1:22 left to preserve the shutout. Carrie Smithing had nine stops for Long Island Lutheran.

Marissa Stanco, a senior who will play soccer at Fordham next fall, was named Most Valuable Player for the third time in the last four postseasons.

Coach Phil Hills said the seniors are going to remember this championship win for the rest of their lives. “This was definitely the one with the most pressure because our seniors are going through three straight years of being champions, and it just would have been such a tough pill to swallow to not get it that fourth time and not win all four,” Hills said.

Portledge will play in the first round of the New York State Association of Independent Schools (NYSAIS) Tournament against an opponent to be determined on a date and at a location to be announced.