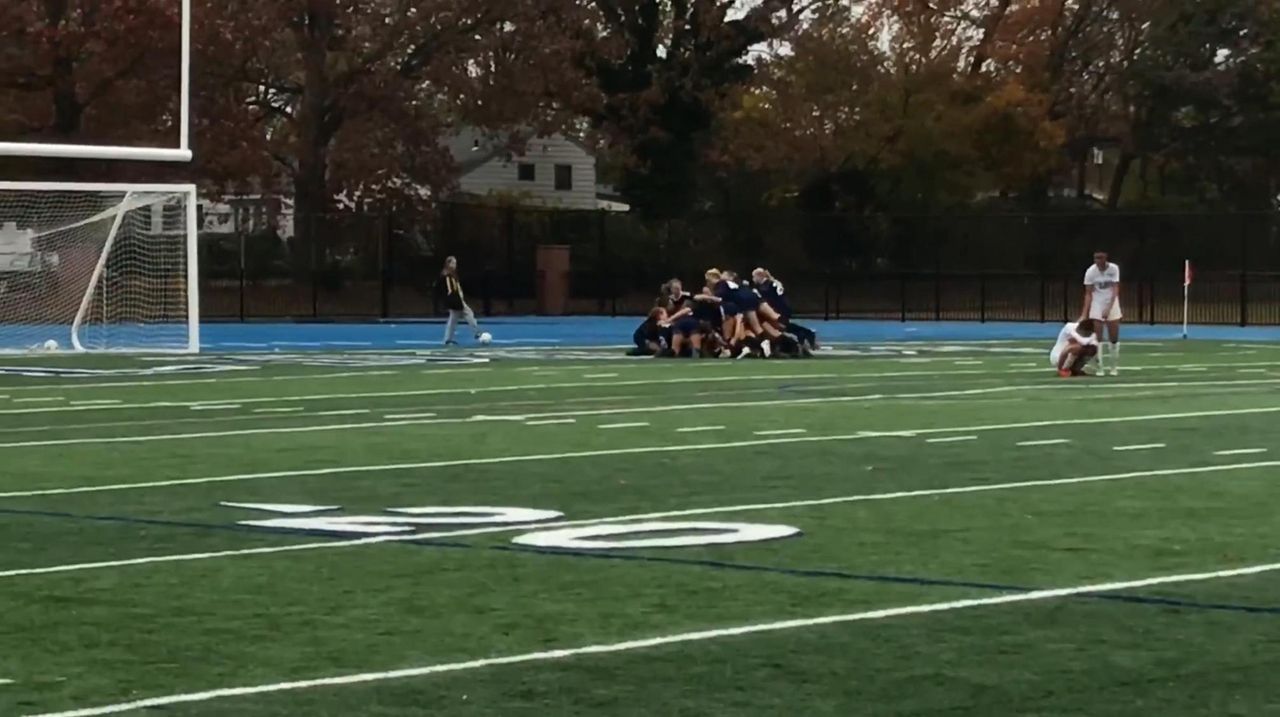 The hardest part for the Shoreham-Wading River girls soccer team was getting that first goal. But once the Wildcats did, the next one was waiting for them.

With time winding down and the Wildcats trailing by a goal, the players and coaches said they never lost confidence they would win the game. All they needed was that first goal, which Ashley Borriello delivered with 7:22 remaining in the second half.

“It was so exciting and I think it was kind of shocking for me in a way that it actually went in,” Borriello said. “Being down 1-0, you always need to keep the intensity high and keep yourself pumped up and everything. It’s kind of hard, especially in a county championship, just because you get down in a way a little bit.”

Shoreham-Wading River (14-2-2) advances to play the winner of MacArthur/South Side in the Long Island Class A championship/Southeast Regional Final at Berner Middle School in Massapequa Saturday at 11 a.m. after winning its second county title in the last three seasons.

“Honestly, I think after we got that first goal, we knew the second was coming,” Shields said. “There was just so much energy for us going through it and continuing. We have a good run going and I don’t think it’s going to stop.”

Harborfields (10-5-2) scored when Katie Davis headed in a cross from Brooke Buda with 1:45 remaining in the first half.

“We knew they were a great team,” coach Adrian Gilmore said. “To be an eight seed and knock off some big competition like (Eastport-South Manor and Half Hollow Hills West), we knew they were a good team. But I was very proud of the girls.”

Harborfields had some late scoring chances, including a free kick with less than 30 seconds remaining, but the Wildcats’ defense along with goalkeeper Alison Devall held off the Tornadoes.

“We’ve been thinking about this all year,” Devall said. “It’s what we’ve been working toward every day. It’s always been in the back of our head and to win this game is just a relief because we’ve worked so hard.

“We just kept working and we stayed confident and we didn’t give up literally to the last second and sometimes that’s what it takes,” she added.