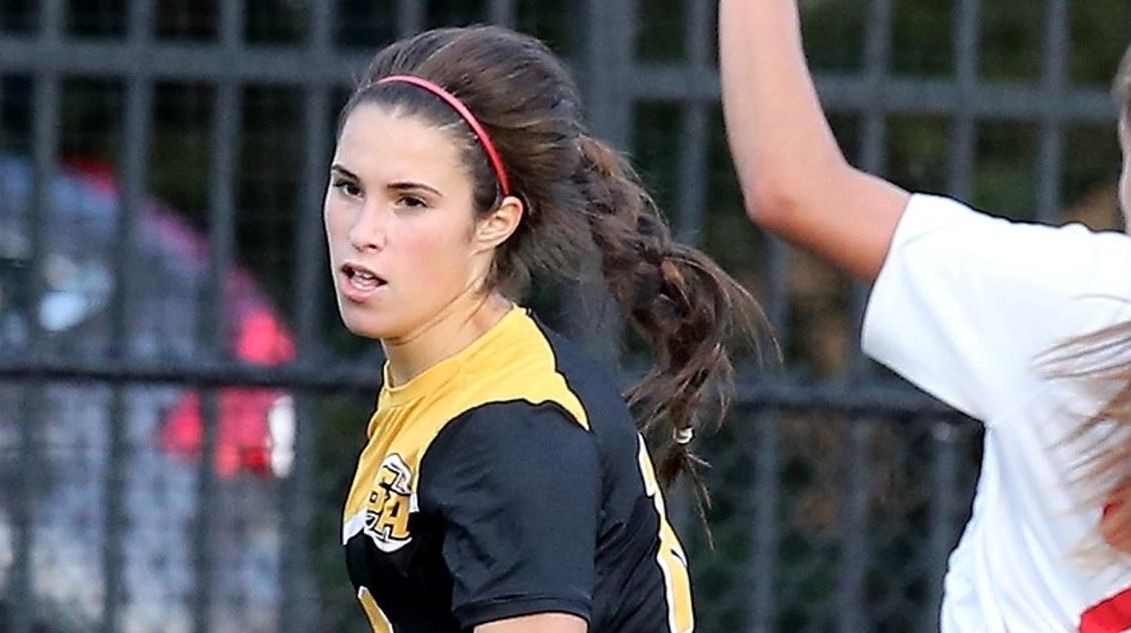 Brianna Passaro scored in the second half to give St. Anthony's a 1-0 victory over Sacred Heart on Friday, September 29, 2017.  Credit: Owen O'Brien

It’s not often a program like St. Anthony’s feels the need to prove itself, but after falling short of its goals last season, the players on the girls soccer team had only one thing on their minds.

“The feeling last year walking off the field knowing that we lost, it completely hurt,” defender Jenn Bonifazio said. “It stinks and I think this year, we really wanted to make a statement to let them know who’s coming and who’s going to win this year.”

The Friars made their feelings clear Friday, defeating host Sacred Heart, 1-0, in a rematch of last season’s CHSAA championship. The two teams played 100 minutes of scoreless soccer in last year’s final, before Sacred Heart won on penalty kicks and went on to win the state title.

“That was a huge factor,” Brianna Passaro said. “After that, we weren’t losing again. We’d do anything not to lose.”

Passaro backed up her words on the field, scoring the lone goal from 18 yards out with 30:05 remaining in the second half.

“It felt so good to score against the No. 1 team and it was just a big relief,” said Passaro, who leads St. Anthony’s with eight goals this season. “And I knew that after we scored one, we’d be able to pull it together and keep them from scoring, too.”

Passaro has earned her teammate’s trust with her play this season for St. Anthony’s (5-0).

“I know whenever I can get the ball to her, she’ll really make good use of the ball and get it in the back of the net,” Bonifazio said. “Because whenever she does get it, she always does something with it.”

Coach Sue Alber credited her entire team for a strong game, in which the Friars controlled possession with a strong defense and midfielders such as Lauren Haggerty, Lauren Hackett, Melissa DiMonda and Victoria Mule.

“You lose a league final, you want revenge,” Alber said. “There was an extra chip on our shoulder today.”

Goalkeeper Vanessa Cole had 10 saves, including a key stop on a free kick from barely outside the 18-yard box with two minutes remaining. Sara Micheli had 14 saves for Sacred Heart (5-1).

“Coming into this season, we didn’t know if we would be the most talented team and we didn’t really know where the new players were going to lead us and how’d we play together,” Cole said. “And honestly, it feels great to know [they] really keep their heads in the game and they know what it’s like to want to win.”