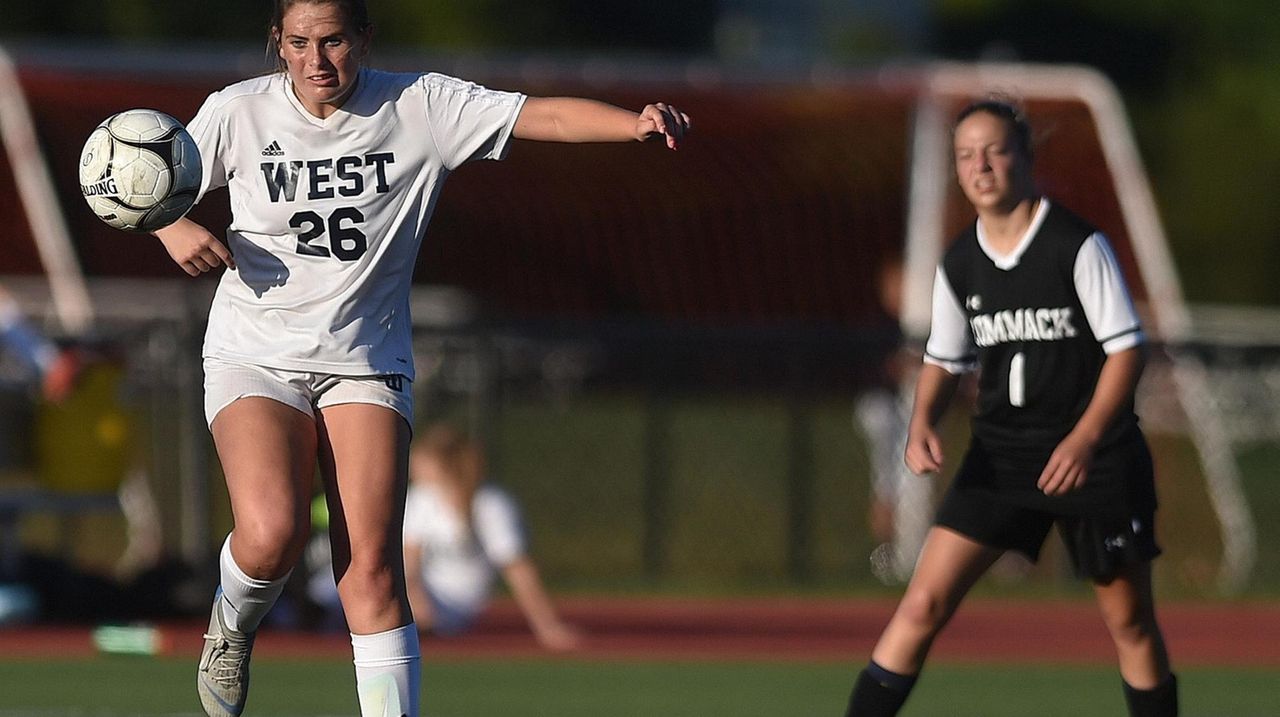 A mere glance at the final score just won’t do the excitement of the matchup justice.

Smithtown West and Commack, two of the top teams in Suffolk I girls soccer, played 100 minutes of scoreless soccer Tuesday at Commack, resulting in a tie. But both teams traded scoring opportunities, only to be denied by strong goalkeeping and tough backline play.

“This is definitely the hardest matchup we’ve seen so far,” Smithtown West midfielder Jillian Meaney said. “This was just like a playoff environment.”

Smithtown West advanced to the state Class AA semifinals last season. Commack lost in the Suffolk Class AA quarterfinals. For Smithtown West, Tuesday was a test in hopes of winning back-to-back county titles. For Commack, Tuesday was a chance to prove itself against the defending champion.

“Last season when we played them, we lost, so this was kind of a redemption game for us,” Commack defender Gabriella DiMauro said. “We really wished we pulled out with the win, but we’re honestly all so proud we came out with a tie because we really redeemed ourselves and showed how much we were willing to work at it.”

Commack (2-1-1) had a boost from Theresa Haupt in net, who recorded nine saves including multiple stops on scrambles in front of the net.

“We have complete confidence in her,” DiMauro said. “She’s always talking back there, keeping us motivated, telling us what to do and get us in the right spot.”

The same could be said for Smithtown West. Emily Wallace had six saves, including stonewalling multiple attempts right at the net.

“I just have to keep composure in myself, knowing that I’ve made these saves before, I can make them again,” Wallace said. “And the pressure kind of helps me.”

“Today, she really made insane saves left and right and if we didn’t have her, I think it could have been a different game,” Meaney said. “She gave us the motivation to keep going forward.”

“I think we had a little bit of a rough start and we had to find a way to get into it,” Haupt said. “But I think this game was for us to say, ‘We’re here to play this season.’”