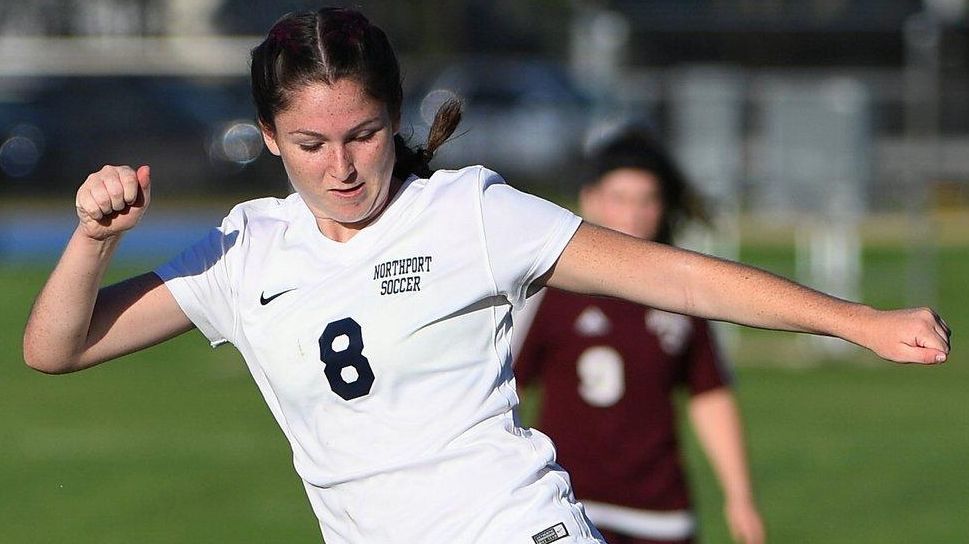 As the Northport girls soccer team keeps rattling off one-sided victories, there’s something much bigger on the minds of the players.

“There’s nothing I want more than winning states,” midfielder Emily McNelis said. “Going back to counties, winning counties, winning Long Island this year, that’s our No. 1 goal. That’s what we’re looking for.”

The Tigers, the defending Suffolk Class AA champions, may have lost a fair amount of talent from last season, but it hasn’t shown on the scoreboard. Northport is off to a 12-0 start, including 10-0 in Suffolk II, outscoring opponents 64-5, including an 8-1 home victory over Bay Shore Tuesday.

“I feel the team as a whole is starting to really click,” said McNelis, who has 12 goals and 13 assists this season.

Northport hasn’t allowed more than one goal in a game this season, led by a starting back line of Caeley Gruhn, Isabel Yeomans, Lili Buscareno and Paige Leonard with Emma Havrilla in net.

“We started off a little unsure because a lot of our senior defenders left last year,” Gruhn said. “But I think we really stepped it up. In the beginning of the season, we played a little shaky but now I think we’re working as a team.”

Having an offense scoring at least seven goals in seven games certainly helps to take pressure off the rest of the team, led by Victoria Colatosti’s 17 goals and eight assists, including two goals and an assist against Bay Shore. Juliana Conforti has added six goals and six assists and Emily Zeblisky has 10 goals and five assists. Isabelle Karman and Alexa Ramonetti have both had strong seasons taking over at midfield.

Northport, last winning a Long Island Class AA championship in 2012, lost a tough 3-2 game to Massapequa in last season’s final. And that game is at the center of their thoughts.

“I think if we win Long Island, we have a really good shot at winning states,” Colatosti said. “It’s just getting past that point.”

Double-digit win totals is nothing new for Northport, but a championship experience is what the players crave.

“Not a lot of them got to experience it last year and our coach has made sure and all the seniors say how important and how amazing it was last year to experience that,” Colatosti said. “I think they really understand that and they want it just as much as us.”