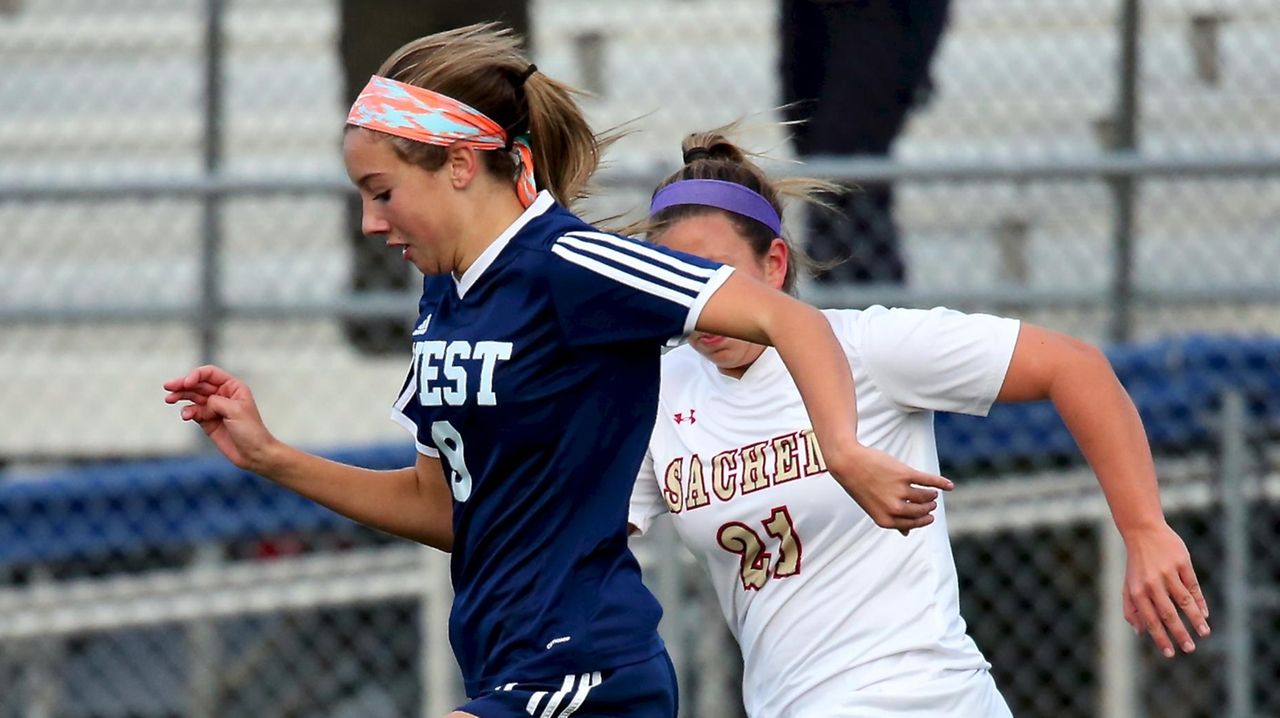 It had all the feelings of a postseason girls soccer game, just without the dire consequences.

“They are the best team we’ve seen so far, so definitely both teams were really physical,” Sachem East center midfielder Skylar Papele said. “When you play a competitive team like that, everyone’s just battling because it’s who wants it more.”

“It really did feel like a playoff game,” Smithtown West midfielder Jill Meaney said. “We know how we have to come out and we have to push through and we know it’s going to be tough, like one of these games.”

Smithtown West (10-1-3) pushed the pace from the opening whistle, nearly scoring less than two minutes into the game before a save from Emily Montalbano off a shot directly in front of the goal following a corner kick.

“In the moment, I can’t even think,” Montalbano, who had six saves, said. “It happened so fast, but it’s instinct. I can’t even think about it, it just happens, and sometimes I don’t even know how I get there.”

Sachem East (11-1-2) entered the game as the Suffolk I leaders in the new “power points” scheduling and seeding format. The Flaming Arrows entered the season as the No. 7 ranked team, which has motivated the team throughout the year.

“As a senior, it’s been the greatest season I could ask for,” Montalbano said. “There’s no sad part about it.”

“This game was playoff-like,” Lorefice said. “It gave us good experience for how we’re going to need to play in playoffs.”

And with the postseason one week away, both teams know the physicality and intensity will only increase from now until November.

“It shows us what a lot of the big talent is like and how physical and tough games are going to be and how close it’s going to get,” Montalbano said. “And those little mistakes, which neither team made today, those could cost you a game or win you a game. And when neither team makes them, it’s an even match.”