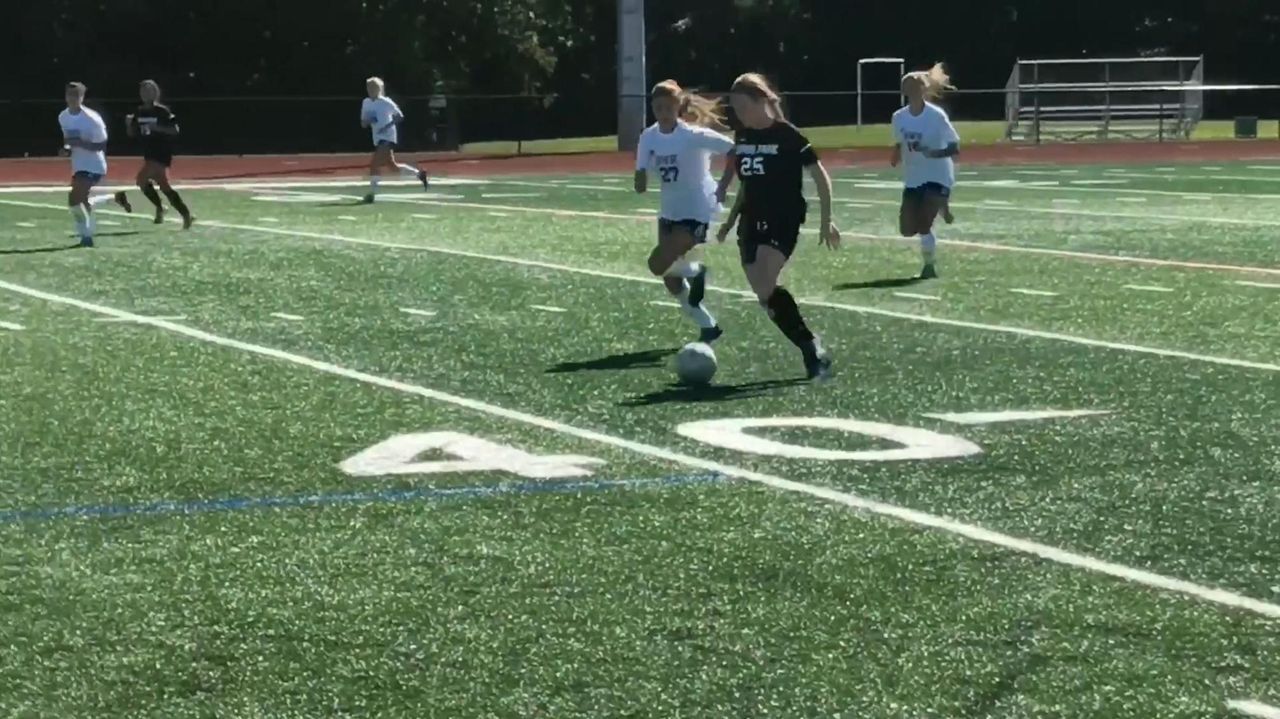 The end result surprised Gianna Cacciola. But she's about the only one that it did.

Cacciola found the ball at her feet 40 yards away from the net. With a clear path to the goal, she fired  a perfectly placed shot into the top of the net. It was the game’s lone goal in Shoreham-Wading River’s 1-0 victory over host Kings Park in Suffolk II girls soccer Saturday morning.

“I saw that it was open in front of me, so I just took the shot,” Cacciola said. “I thought it was going over; I didn’t think it would go in. I was actually shocked. I turned around because I thought the goalie saved it, or it was going to be a goal kick.”

But if you ask her coaches and teammates, the shot and goal was a no-doubter.

"[Gianna] has insane range,” said goalkeeper Alison Devall. “She can really hit it from anywhere. I knew that was going in.”

Shoreham-Wading River coach Adrian Gilmore described Cacciola, a four-year varsity starter, as the hardest working player on the field. She also called her a role model, and not just for her teammates.

“I have a daughter who is in middle school and I always give her advice and I’ll be like ‘Do this, do that,’” Gilmore said. “And lately, I’m just like ‘Play like (Gianna)’, because the kid does everything.”

After Cacciola’s 40-yard strike with 26:47 remaining in the first half, Kings Park ramped up the offensive attack over the final 20 minutes. The Kingsmen continued putting pressure on the Shoreham-Wading River backline. But the defense of Sara Hobbes, Brooke Langella, Alexa Constant and Maddy Joannou with Devall in net wouldn’t break.

“When they were putting that much pressure on, we just needed to play calm and toward the end, we did a better job of that,” said Devall, who had three saves and often came off the backline to stop a scoring opportunity. “It got a little crazy for a little bit, but we just had to find our rhythm.”

After losing in the Suffolk Class A championship last year, the Wildcats hope to build toward another deep playoff run come late October.

“This was great because I think this will set us off,” Devall said. “We just have to keep working hard in practice and games and hopefully we’ll have more.”