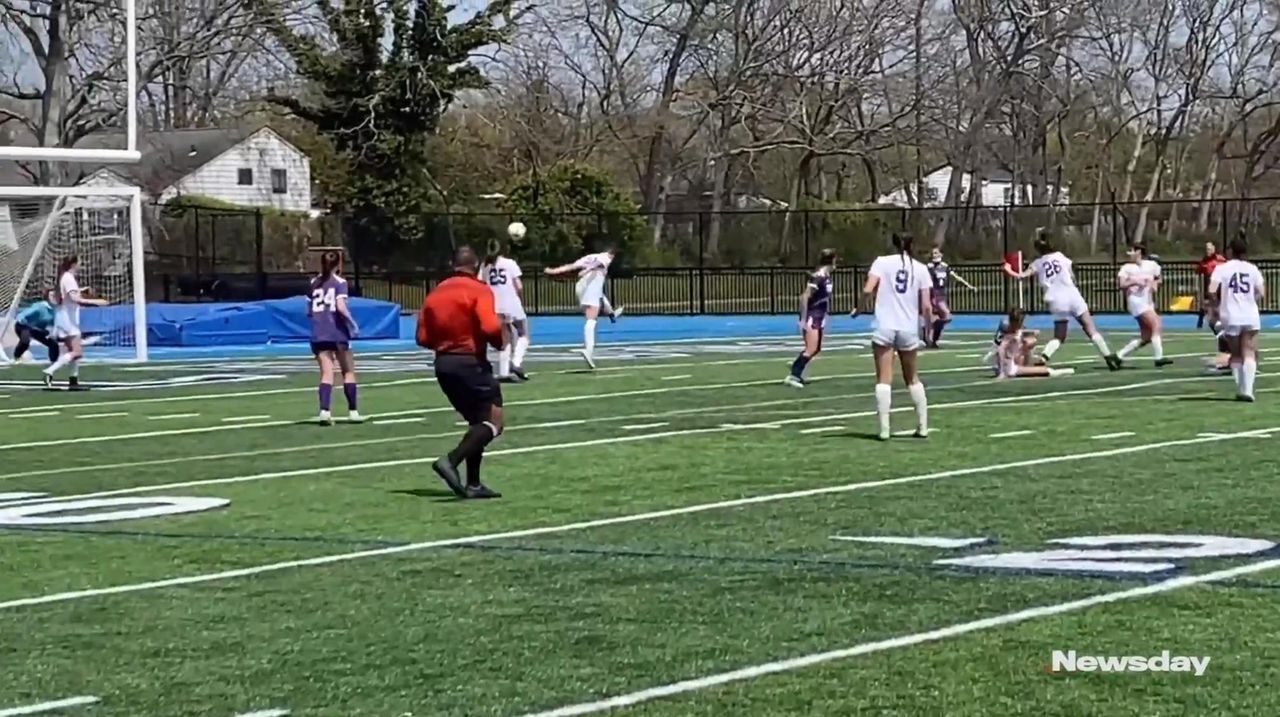 Freshman Carly Herrington didn’t expect to find the ball at her feet with the game on the line. But once she did, she just reacted like a soccer player.

"I was just playing right in the moment," Herrington said. "The ball just came to me. I didn’t think it was going to be passed to me, I didn’t know if they trusted me with the ball, but [after a loose ball scramble] I took a touch and it went in."

Herrington delivered the winning goal with 27:56 left in the second half as No. 2 Islip defeated No. 4 Sayville, 1-0, in the Suffolk Class A girls soccer championship game at North Babylon High School on Saturday afternoon.

Herrington found herself open in the middle of the field about 20 yards out after a run to the net by Madison Micheletti. Micheletti played a ball into the middle where teammate Gianna Capolongo and a Sayville defender collided. And Herrington was there to score the goal.

"It doesn’t feel like it was just me," Herrington said. "It was everyone and I just happened to be in the right place at the right time. I was just happy to be a part of this."

"She was ready for the moment," coach Mike Reilly said. "It’s always someone new in these games, someone you wouldn’t expect."

Sayville (12-4) put a lot of pressure on the Islip backline and goalkeeper over the final 20 minutes. Kaeli McAnally, who had 12 saves in the victory, had a key stop a few minutes before Herrington’s goal. McAnally made a sliding stop to pin the ball behind her back for a pivotal save.

"That was crazy," McAnally said. "I was shocked. I just slid, I knew the ball was going to be somewhere on net, I just happened to catch it on my back with one arm. I was very shocked with that one."

"We knew how to play them," Rao said. "We knew they were a very physical team and we went in with the mindset ‘No one can take it from us.’ "

After all the unknowns about whether the season would be played or not, Islip (13-1-2) embraced the opportunity to play in a championship game and have a return to a little bit of normalcy.

"The fact that we even just got to play means so much to us, we couldn't even express our happiness," Rao said. "I couldn’t have asked for a better senior year than winning counties with this team."