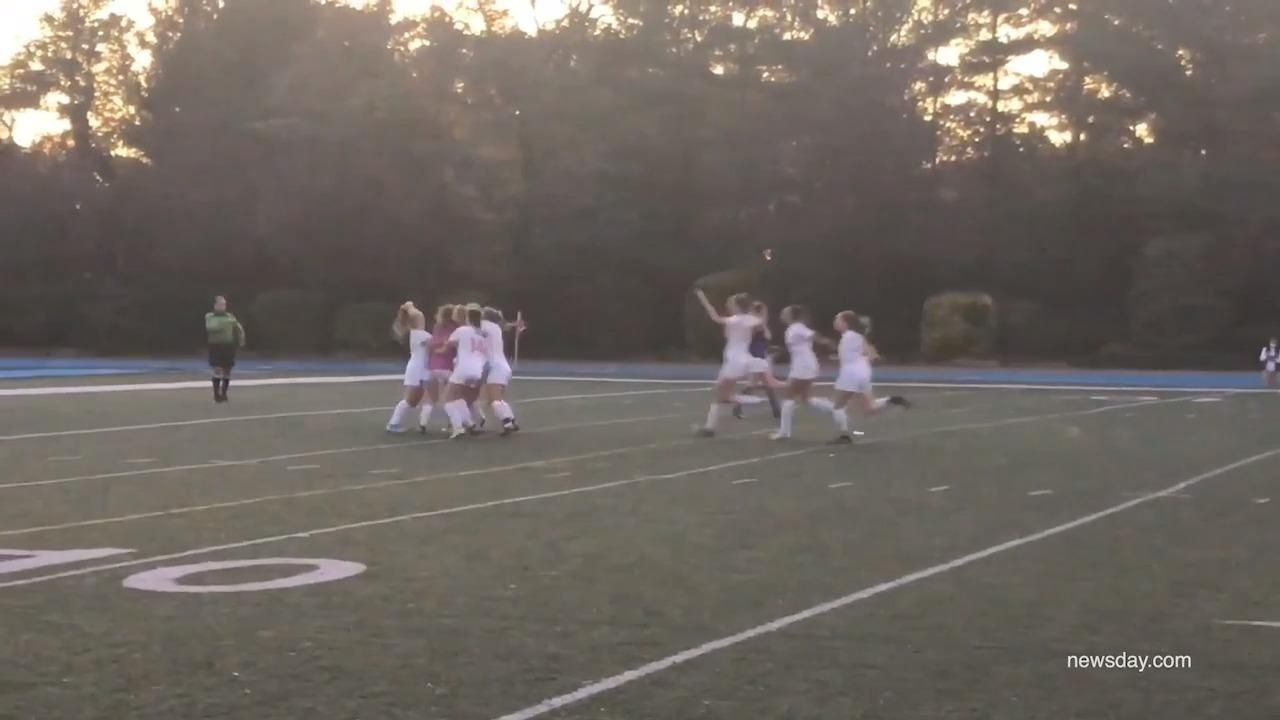 Kate Boyle may only be a sophomore, but you’d never guess that by her composure.

After 100 minutes of scoreless soccer, it was the goalkeeper’s turn to take the spotlight. The scorers had their way early in the penalty kick portion. But when Sacred Heart needed her, Boyle made key stops -- including the final play of the game -- to send the Spartans to the CHSAA final.

"All week at practice she’s been making those saves," senior midfielder Kaelan Bradley said. "We knew she’d come up big and she did today."

Both teams capitalized on all five of their penalty kicks to start the period, which forced each coach to choose another five girls to shoot to decide the outcome. Beth McDermott, Daniela Battisti, Colleen Dorrian, Gabriella Sandoval and Bradley scored the first five goals for Sacred Heart. Julia Lawless, Erin Cooper and Erin Shevlin also scored for the Spartans.

"We have a bunch of seniors that all made their kicks," coach Peter Bralower said. "This could have been their last touch of the ball and that’s a tough last touch of a ball for a senior, a missed (penalty kick), so we are excited as a team."

Sacred Heart created multiple scoring chances in the opening 80 minutes, but Kylie McShea (who finished with 10 saves) made many key stops to keep the Spartans off the scoreboard.

"I think we all kind of expected it to be a fight for literally 100 minutes," Dorrian said. "So we were all ready to go and stayed hyped up throughout the game."

And after Boyle’s teammates rushed the net to congratulate her after the final save, the sophomore said "everything kind of happens for a reason."

"I just had so much adrenaline in my body and it just helped me the whole entire time," Boyle said. "I knew we had it."