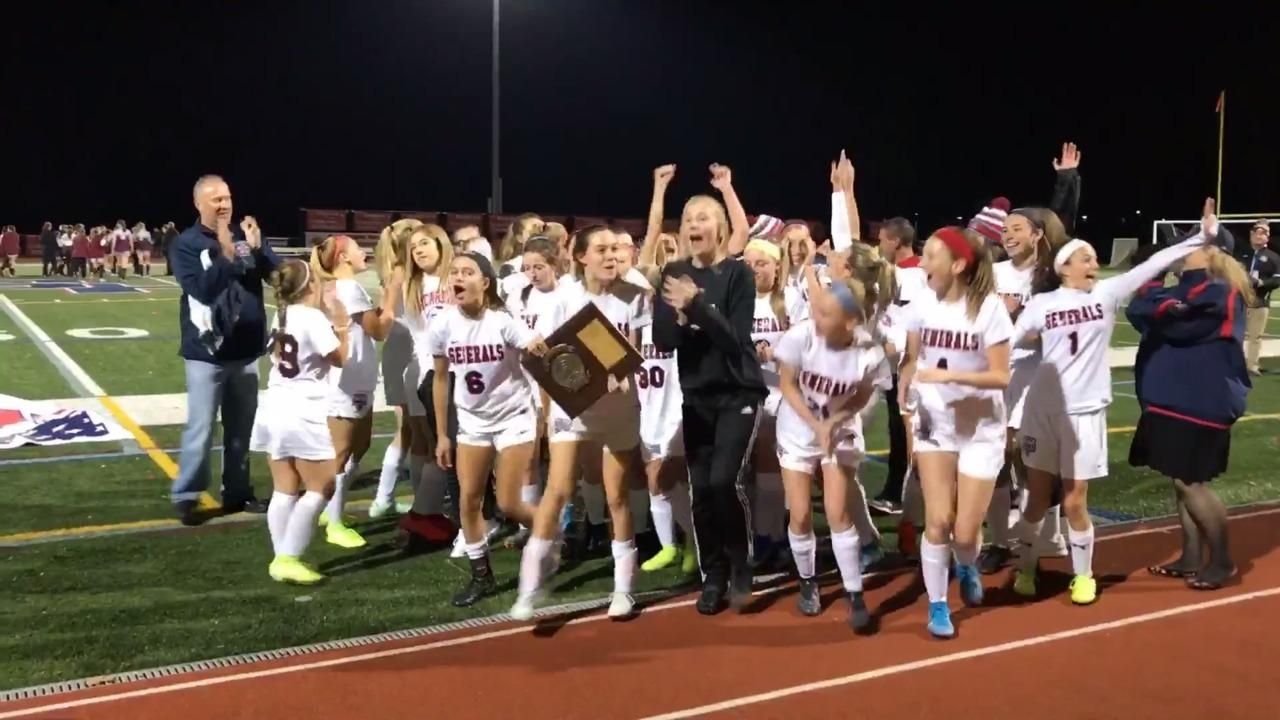 Despite being an eighth grader in her first varsity playoff match, Metzger certainly delivered on her message, netting the team’s second goal in less than a two-minute span as No. 8 MacArthur defeated No. 3 Mepham, 3-0, in the Nassau Class A girls soccer final at Cold Spring Harbor on Tuesday night.

“I told Coach I was ready and that I would play as hard as I can,” Metzger said. “And I think I did.”

MacArthur will face Shoreham-Wading River in the Long Island championship at Berner Middle School in Massapequa on Saturday at 11 a.m.

Kara DeBlasio found Hailey Hnis for a goal to open the scoring with 37:10 remaining. Metzger then rebounded another strong shot by Hnis, which was deflected on a diving save by Hailey Stork and added MacArthur’s second goal with 35:30 to go.

“For a player that young to make that sort of statement, I knew I had a player today,” SanFilippo said. “And it worked out. It was tremendous and that’s so uplifting for the team. To have an eighth grader step up like that is huge.”

Amanda Cannella widened the MacArthur advantage to 3-0 after sneaking a penalty kick inside the left post for a goal with 23:58 left. Shannon Killian provided the Generals with strong goalkeeping throughout the night, coming up with eight saves in the shutout.

The victory captured the first county title for MacArthur since 2011 while competing in Class AA. In fact, that season concluded with a state championship.

Before these Generals set their sights on accomplishing the same feat, they’re enjoying their own bit of current championship glory.

“It’s amazing be a part of this,” Hnis said. “It’s great to represent MacArthur and win the county title.”