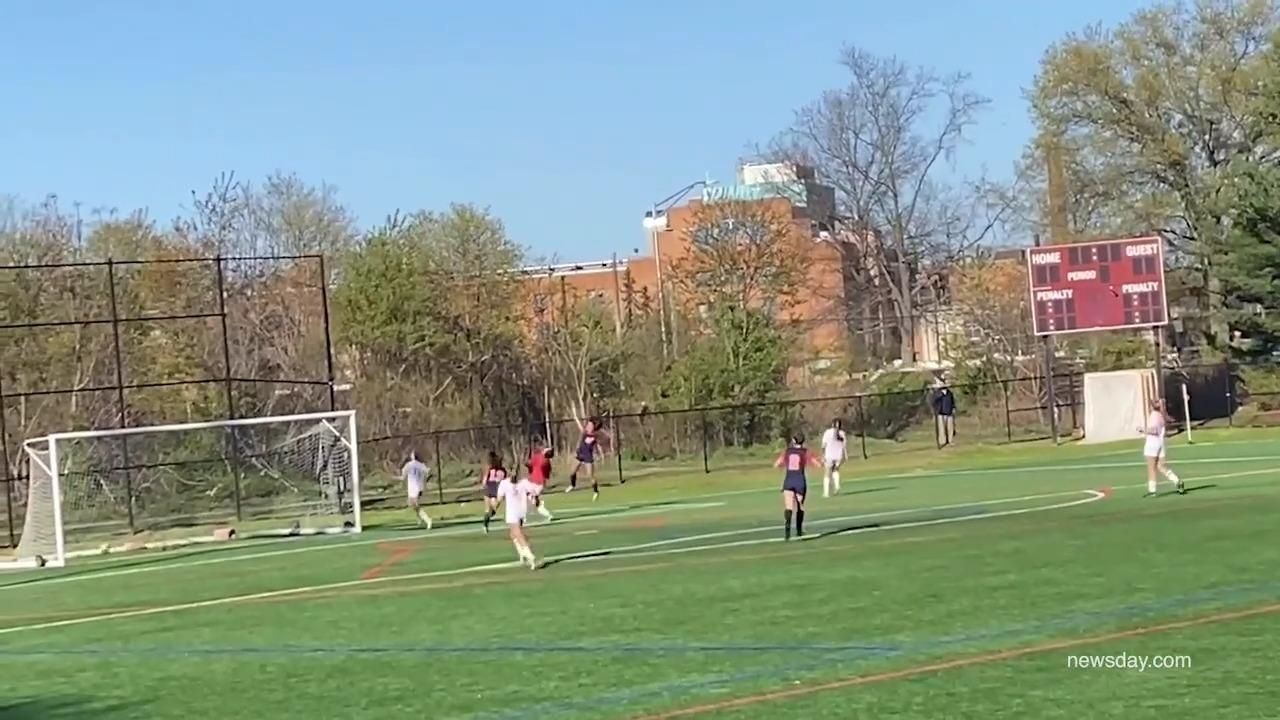 Ella and Mia Delmond grew up with a ball in their hands and at their feet. They always had one another to train with, celebrate the victories together and console one another during hard times or an injury.

They will go on to play lacrosse together at Quinnipiac, but they have unfinished business on the soccer pitch before then. The two sisters both scored as second-seeded South Side defeated No. 3 Manhasset, 4-2, in a girls soccer Nassau Class A semifinal at Darcy Field in Rockville Centre Monday.

South Side (10-2-4) visits top-seeded MacArthur in the Nassau Class A final Wednesday.

"We needed it this year, especially after everything that happened [with the pandemic]," Ella said. "We had so many injuries this year, too, but we’re all back and we’re ready to win a county championship."

Ella and Mia’s chemistry shined on the field. Ella assisted Mia’s goal to give South Side a 3-1 lead with 30:18 remaining in the second half.

"We know where each other is and we know we can trust each other and play it and one of us will be there, which is really important," said Ella, a senior. "As a sister duo, it’s just really good to have each other on the field and there’s nothing better we could ask for."

"We have three sets of sisters on the team, and it just brings the whole team together even more," said Mia, a junior. "You know where each other is and it’s great for everyone."

Manhasset (8-6-1) struck first with Ellie Taylor’s goal less than three minutes into the game. But South Side answered when Emma Madden scored after Anna Pennecke nearly put the ball away herself off a corner kick, but hit the post, with 26:05 remaining in the first half. Ella finished another corner kick from Pennecke to take a 2-1 lead with 4:12 remaining in the first half.

Madden had two goals and Pennecke had three assists in the victory, sending the Cyclones to the final with hopes of their first county title since 2014.

"I think this is a long time coming," coach Jenn Abgarian said. "We talk about this every season and even though it’s an abbreviated season, it’s a weird year, it’s an upsetting year, but I think this kind of fits us and what we’ve been working toward and if we are going to win it, this is our year."

The Generals’ quest for a repeat continues

No. 1 MacArthur defeated visiting No. 4 Garden City, 2-1, in double overtime in the other semifinal.

Fiona Kilian scored the winning goal off an assist from Kaitlyn Tung in the 94th minute for the Generals (13-0-2). MacArthur's Madison Hnis tied the score at 1 in the 71st minute for the defending Class A champions.