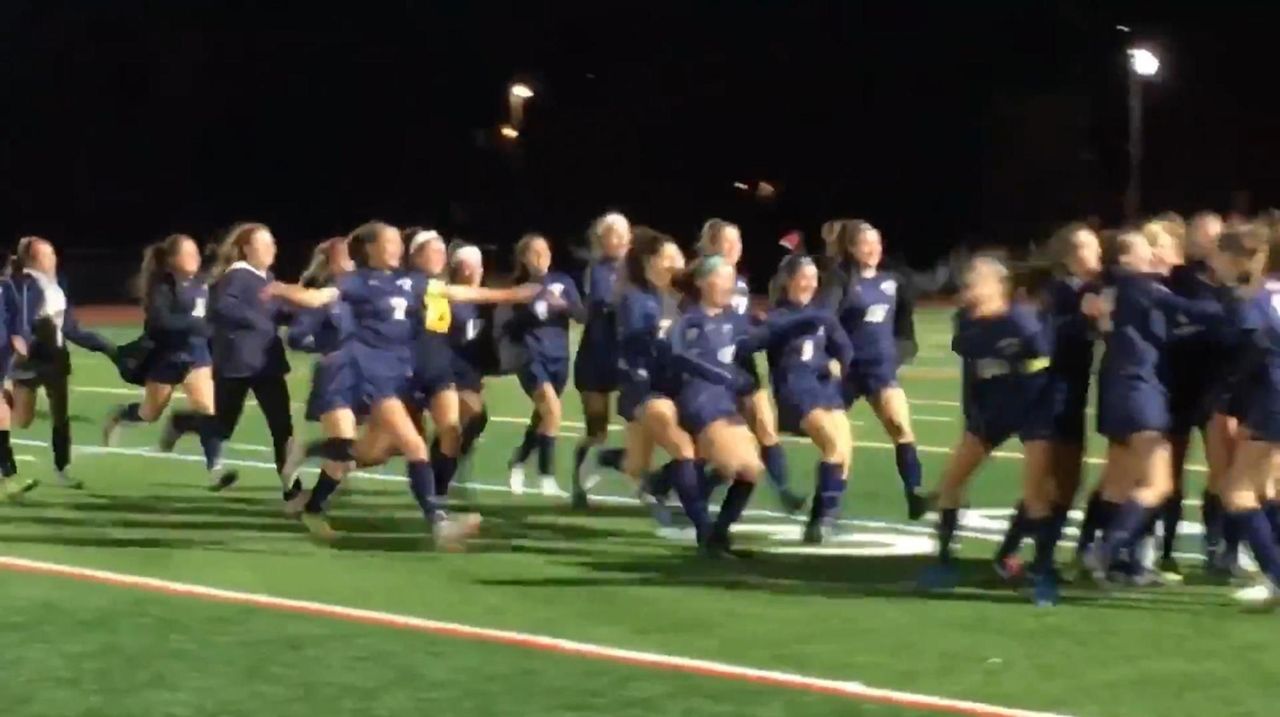 The Massapequa girls soccer team was reminded last year that nothing is given, everything is earned. This year, the Chiefs earned it.

When the Chiefs failed to reach the state semifinals last year, the ripple effects could be felt throughout New York State. Massapequa is a name that has become nearly expected be penciled in to the state tournament brackets from early September, but the Chiefs’ season ended in the quarterfinals of the county tournament last year despite being the top seed.

The players and coaches never forgot that.

“The attitude was redemption,” defender Kayla Mushorn said. “We wanted to get back, we wanted to show what Massapequa is and what we can do. Nothing is to be expected and that’s what we wanted everyone to know when we were trying out. And that’s what the team has been focusing on -- the future.”

“This team is something else,” midfielder Emma Cooney said. “We’ve trained all season to get where we are. Last year we ended short and it wasn’t what we wanted so to come back and get revenge on every team is just an incredible feeling. I’m very proud of everybody.”

Gianna Savella scored the winning goal off an assist from Sierra Brophy with 8:10 remaining in the second overtime. The Chiefs defense, led by a backline of Kaylin Ricci, Julia Stegner, Sophia Hatziyianis and Mushorn with Caroline Brucato in net, held West Islip off the scoreboard the remainder of the contest and over 100 minutes of play.

“We’ve had so much success this year offensively moving forward with numbers and being able to get three, four players involved in a play,” assistant coach Ron Forman said. “And I think that really showed in the end on that overtime goal.”

Massapequa outshot West Islip, 28-10, including, 17-5 with shots on goal, but Isabella Tomeo made 16 saves stonewall the Chiefs. West Islip finishes its season, 15-4-2.

“I was definitely getting discouraged missing all those opportunities,” Savella said. “But my teammates picked me up, which led me to score. I couldn’t have done it without them.”

“It was such a relief,” Hatziyianis said. “We really worked hard to [score], so we were just happy that she did.”

And now Massapequa, playing in its sixth state semifinals the last seven years, are two wins away from a potential eighth state title after falling short last year.

“It was a little reality check for us, I think that’s what the real word is,” Forman said. “We always come to win that final game and going out early, it was a reality check that you have to do a little bit more. That’s something our seniors, especially our captains, they did more this year and they brought the team together.”

“This is what soccer is all about,” Mushorn said. “Yes, it’s rough in those last minutes, but this is why I play and this is a group of girls, a great team, and this is why we do it.”