CORTLAND, N.Y. – Not many programs would consider it a drought to go without a state championship since 2015, but there are different expectations at Massapequa.

The Massapequa girls soccer team won four state championships since 2010, including three straight from 2013-2015. Massapequa has returned to the state semifinals since, including state final losses in 2016 and 2017.

This season has been about redemption for Massapequa – a quest to return to state championship glory after losing in the Nassau Class AA final in April. Massapequa is one victory away from doing just that after a 3-0 win over Penfield in the state Class AA semifinals at Tompkins Cortland Community College Saturday afternoon.

"We’ve been talking about this since the first day of soccer," senior midfielder Mia Baldinger said. "We’ve worked so hard for this and to get this far means so much, especially with this group of girls. We have such a special bond and it would amazing to bring a championship home with them."

"We definitely started off this season saying we needed to work our hardest and get back to get our revenge from last season," senior midfielder Thalia Morisi said. "We’ve been working for each other, not just individually."

"I just think we wore them down and things started clicking in the offensive third in that final half hour," coach Bruce Stegner said. "It was probably our best half of soccer all season."

"I knew I had to get there," Baldinger said. "And once I saw it past the line, I just started screaming."

Massapequa hasn’t wanted to get ahead of itself, but the players admit state championship weekend is what the season’s been about. And the chance to take home a title in an undefeated season would be even more memorable. 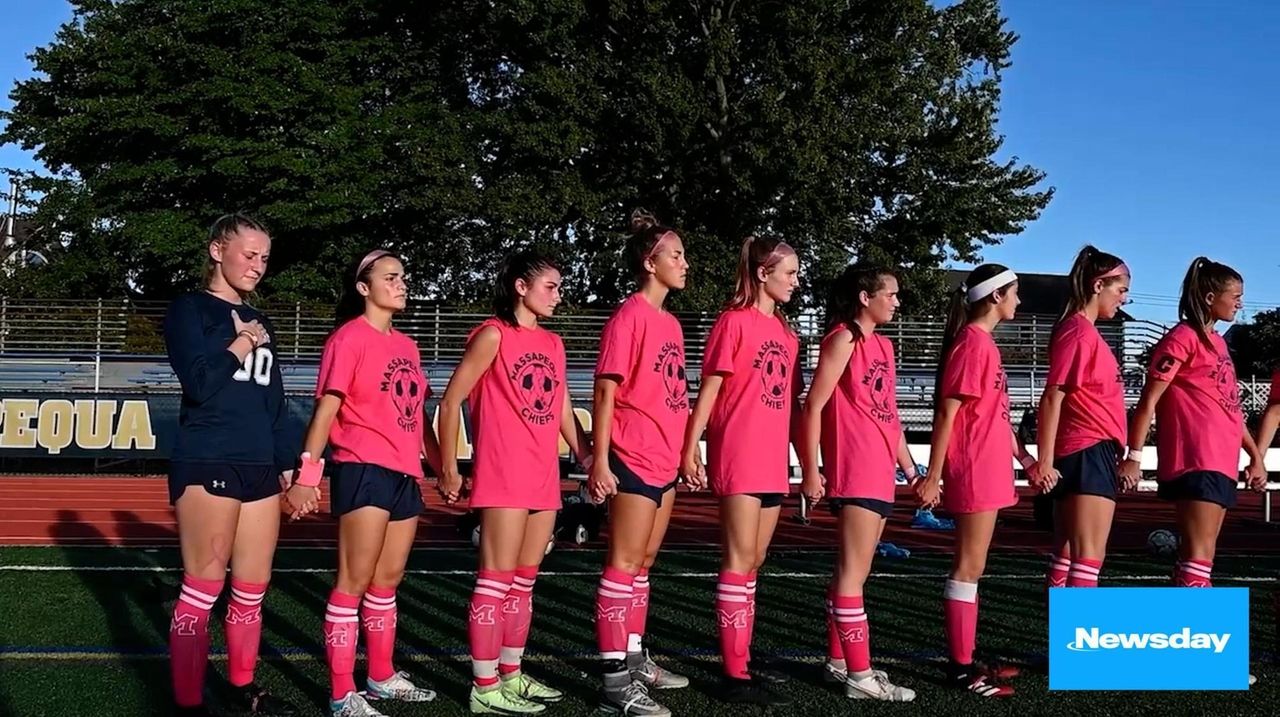 Preschool friends star on powerhouse high school soccer team Newsday's Julia Elbaba meets up with the Massapequa girls soccer team which believes that camaraderie is a big key to their success.

"It would mean everything," Morisi said. "We’ve worked so hard to get here. No one has worked harder than we have. We’ve gone undefeated all season and we’re not stopping now. We’re getting that state title."

The Massapequa defense, including McKayla Schneidler, Julia Gagliano, Nicole Kilkenny and Fleischer, with five saves from Mary Stork, had a strong game to limit chances for Penfield.

It has all culminated with the opportunity to take home Massapequa’s first state title in six years.

"They know people in Massapequa are cheering for them and everyone’s following the team," Stegner said. "I think they are extremely motivated to take it one game at a time and keep knocking off teams and hopefully take home a state championship because they know the history and what goes into it. They’ve put a tremendous amount of work into it their whole lives to get to this point."