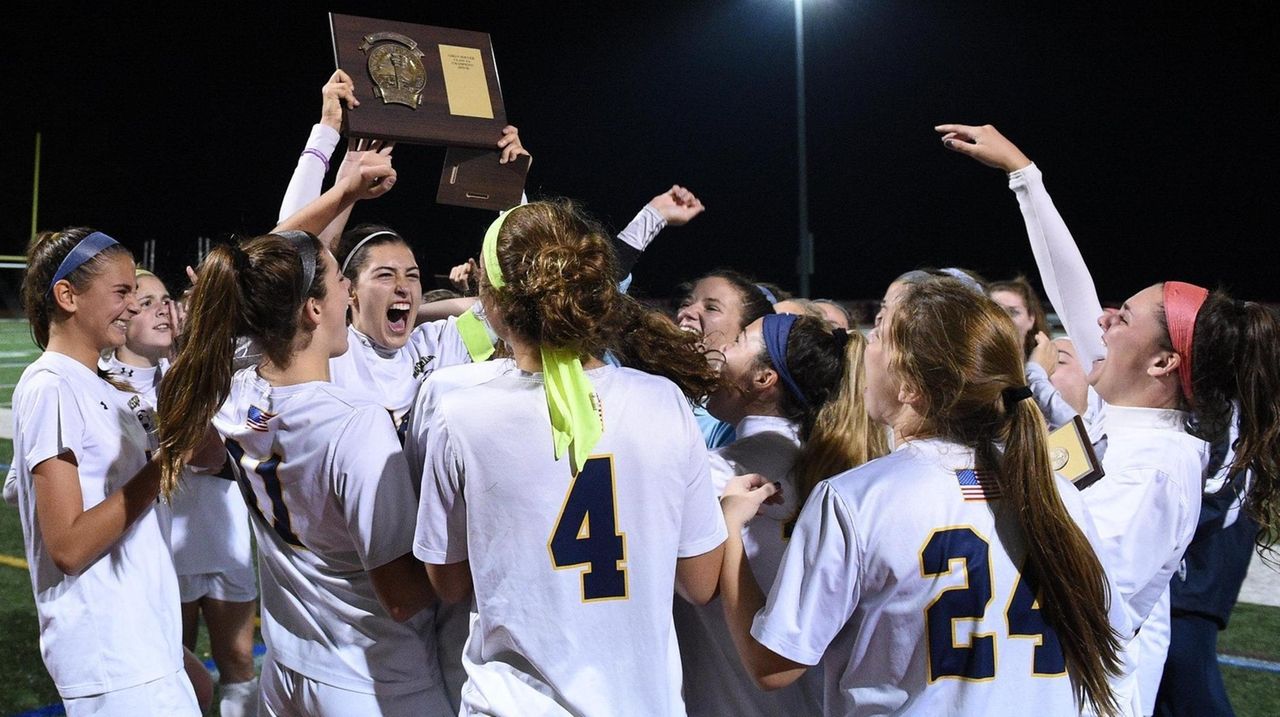 This time around, the Chiefs returned to their tradition of winning big.

The victory marked Massapequa’s sixth county title in the last seven seasons. The Chiefs (15-2) also went on to win the Long Island championship from 2013-2017.

“I’m just honored to play here and really overwhelmed with emotions,” said Savella, who scored back-to-back goals in a span of 2:26 to extend the Massapequa advantage to 3-0 with 19:36 remaining. “As we played throughout the season we continued to see an improvement and click on the field.”

Savella tapped in her first goal just in front of the net on an assist from Emma Cooney to double the Massapequa lead to 2-0 with 21:02 to go. She worked her way behind the defense once again and tacked on her second goal less than two-and-a-half minutes later.

Each side came up with a one-goal victory on the road in their two regular-season meetings. Sierra Brophy, who opened the scoring for Massapequa by firing a goal inside the left post on an assist from Jaclyn Portogallo in the fifth minute, said her early score relieved the Chiefs of the pressure they felt after the previous matchups.

“It’s been a driving force for us all season,” Brophy said. “To work hard every game so that when we come to these moments we know how to play.”

Syosset (12-2) entered as the defending county champion and narrowly missed the back of the net on a few occasions, including a shot that ricocheted off the crossbar with 1:30 remaining in the first half. The Braves also hit the right post on a free kick with 27:10 remaining.

Massapequa coach Bruce Stegner commended his players for continuing to carry on the program’s tradition of excellence.

“There’s a lot of tradition here,” he said. “The girls come committed to work hard. We have a nice system in place and the girls want championships. They love the tradition.”

Savella said the Chiefs will continue to ride their momentum entering the Long Island championship.

“I’m confident,” Savella said. “I think we have something going for us. We have momentum and we can just go forward from here.”