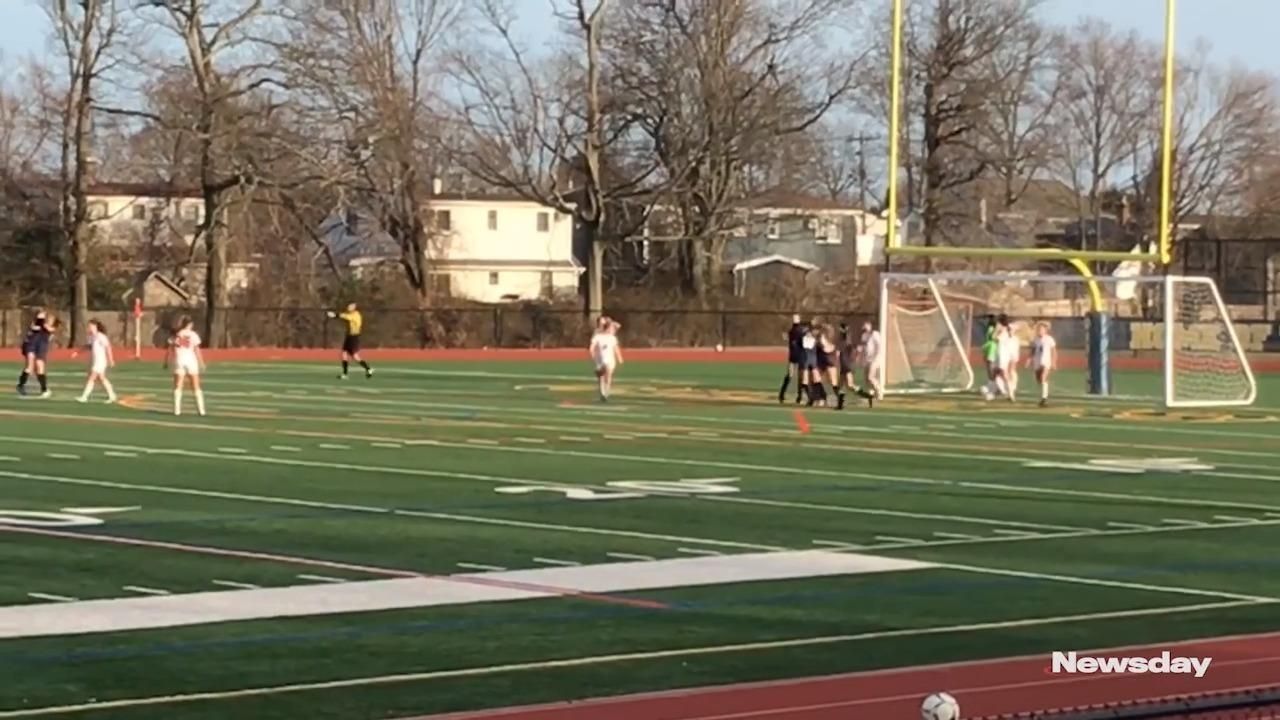 The Massapequa girls soccer team knew it was in for a challenge. The players and coaches wanted to open the game fast and keep the pressure on Syosset in a matchup of last season’s county finalists.

"We knew they were looking for revenge," defender Hannah Pugliese said. "They wanted it, but I think we wanted it a little more. We came out right from the start, scored in the first five minutes and tried to keep the intensity up the whole time."

Host Massapequa defeated Syosset, 3-1, in a Nassau Conference AA-I girls soccer matchup Tuesday afternoon. Gianna Savella scored the opening goal off an assist from Mia Baldinger to give Massapequa a 1-0 lead four minutes into the contest.

"Everyone knew they were a really good team coming into it," midfielder Thalia Morisi said. "We were all motivated and we just had to be really confident coming into it."

Kaylin Ricci, a defender, scored two goals, including a strike off the post from 25 yards out to give Massapequa a 2-0 lead with 17:21 left in the first half. Her second goal came off an assist from Lia Howard following a corner kick with 9:08 remaining in the second half for the final score.

"First off, she’s a great defender but then she has the ability, the speed, and the way she strikes the ball to get forward creates dangerous chances," coach Bruce Stegner said. "She’s a weapon we try to use out wide because she’s so effective getting forward."

Mikayla Camp scored from 20 yards out after she forced a steal for Syosset’s lone goal with 9:17 remaining in the opening half.

"It definitely makes us play better when we know we have a better team coming in and that makes us work harder," Julia Gagliano said. "We put our hearts into this one."

Mary Stork had four saves behind a backline of Shannon Lowney, Ricci, Pugliese and Gagliano.

"This is a game we’ve been thinking about playing since a year ago," Stegner said. "It’s a good test for us to see where we are at and I have to give [Syosset] credit … they were definitely dangerous for a while."