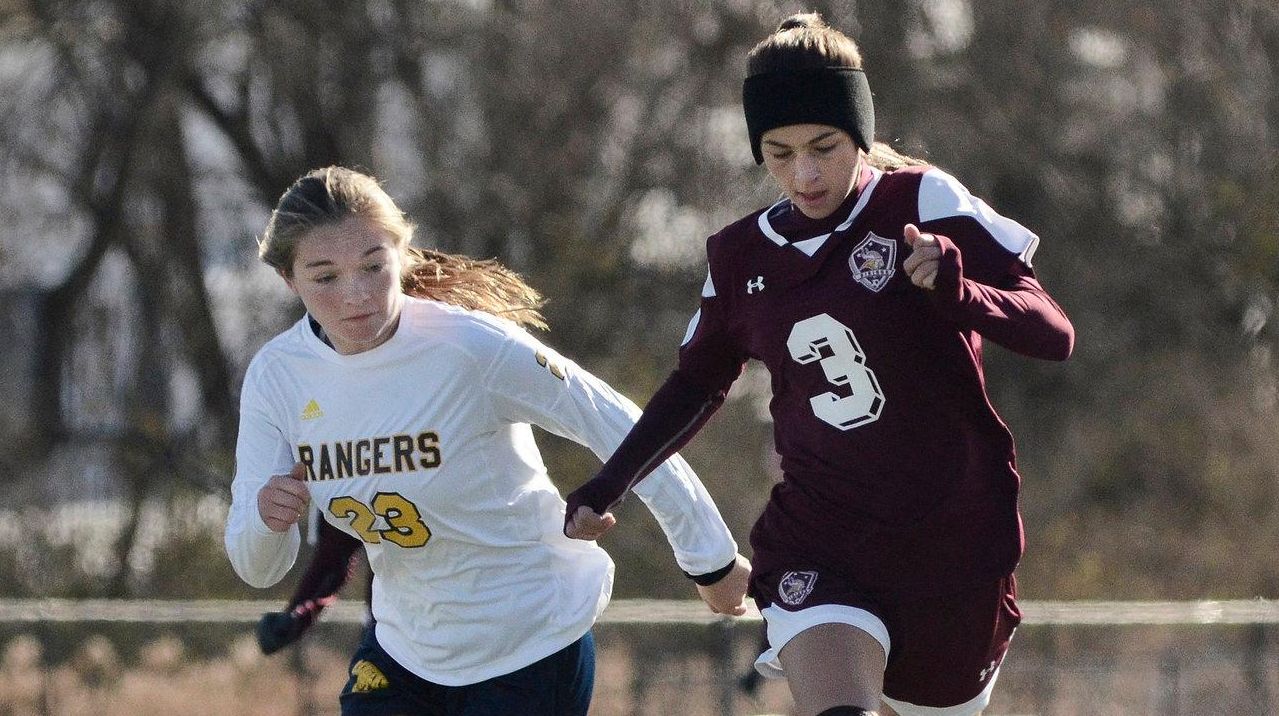 CORTLAND, N.Y. — The North Shore girls soccer team had a terrific run this season and won its first ever Long Island championship. The Vikings had eyes on even more.

But their journey ended on Saturday in the state Class A semifinals where they lost 3-1 to Rochester Spencerport, the defending state champions, at Cortland High School.

There was a different feeling surrounding the North Shore team from the moment the players stepped off the field last year. The Vikings had given eventual Long Island champion Garden City all it could handle in a postseason loss. The Vikings felt 2017 could be their year.

“We’ve been such a close team and this year we came out and we knew this was the year to make it upstate,” six-year varsity player Selena Fortich said.

North Shore did just that,

“Even though we didn’t come out with the win, we still made history,” Fortich said. “And just being able to come up here and experience that, not many people are able to experience it.”

This was the program’s first appearance in the state semifinal in school history, coach Lauren Gotta said.

“They give everything they possibly could at every game,” Gotta said. “It’s hard because when you lose and you don’t win the whole thing, you forget your accomplishments and I really don’t want them ever to forget that because to be the best on Long Island is a huge accomplishment.”

From the back line of Patricia Cammarano, Taylor Berry and Eileen Quinn with Giuliana Graziosi in net, to Fortich, Isabella DiBenedetto, Caroline Innelli and Ryleigh Gilligan at midfield and Cailey Welch, Isabella Tedesco and Izzy Glennon at forward, North Shore’s collective effort did something no other Vikings team had before.

“Obviously walking away now is devastating with the work we’ve put in all season, but the only feeling I’m going to feel after this is proud,” said Glennon, a senior. “We’ve made history for our school, for ourselves. It’s just really incredible that we even made it this far.”

Donatella Tocco struck first for North Shore (15-4-2) with 19:06 remaining in the first half before Spencerport’s Aleah Martone scored with 2:50 left in the half to tie it.

Erin Coykendall scored seven minutes into the second half for Spencerport (20-0-1) before Leah Wengender’s penalty-kick goal with 24:37 remaining in the game made it 3-1.

“We made history,” Glennon said. “And it’s something all of us, especially myself, will remember for the rest of my life.”

“When we look back at high school or look up at our school walls and see this year, everyone will know we were the team to do this,” Fortich said. “We will always be remembered in North Shore history.”