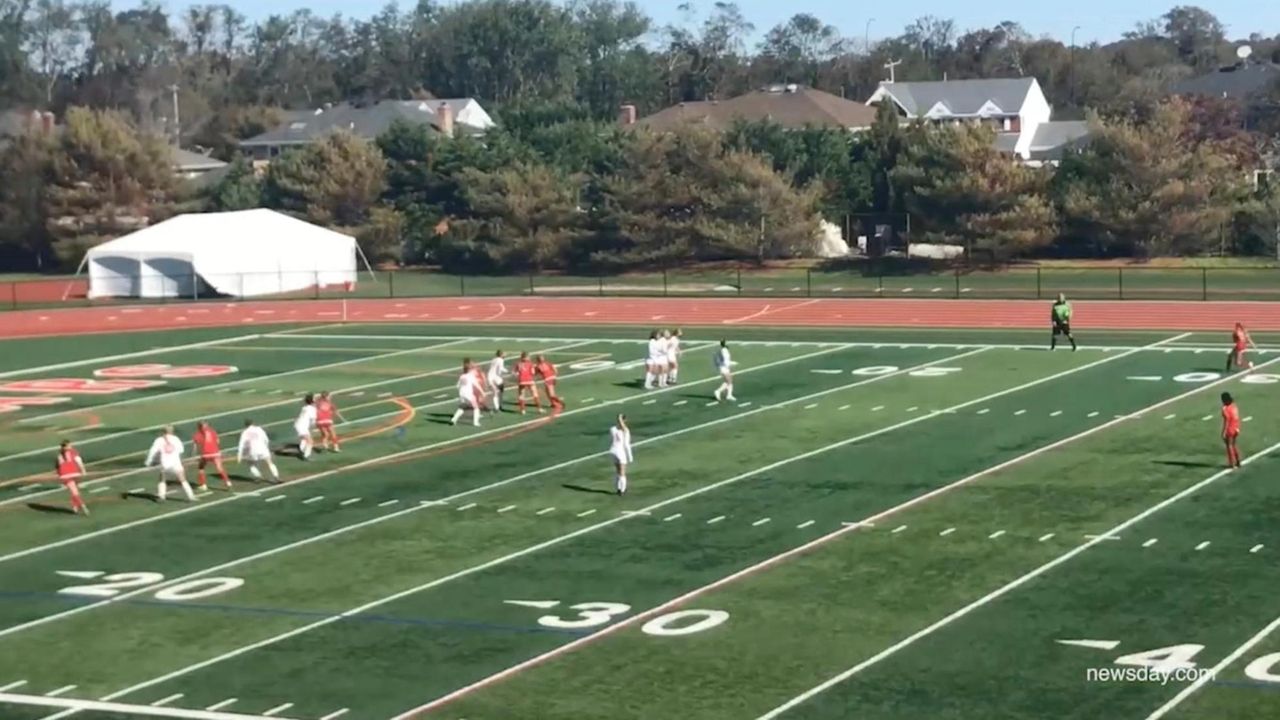 This one felt a little sweeter.

Without any fans in the stands, and players and coaches sporting masks, the Sacred Heart girls soccer team captured its first victory on Saturday, topping St. John the Baptist, 3-0, in a CHSAA matchup. And while that initial win is always important, for the Spartans, a win this fall is something they’re especially excited about.

"Because of COVID and everything, it just means a lot to be out here," said senior midfielder Kaelan Bradley. "Being able to come out and play, we’re just so grateful for that."

Sophomore midfielder Kelsie Price opened the scoring for Sacred Heart with 16:18 remaining in the first half, taking a pass from Erin Cooper and working her way through St. John the Baptist's defense. It was Price’s second good look on goal and, this time, she knew she had to find the back of the net.

"After that chance a few minutes before, I really wanted to get a goal," Price said. "When Cooper played it, I just turned my body and I really went for it."

Despite playing into the wind throughout the first half, Sacred Heart (1-2) controlled possession, moving the ball well and peppering St. John the Baptist goalie Morgan Magwood with shots. The Spartans continued to bring pressure in the waning minutes of the frame and with 3:37 left, senior forward Elizabeth McDermott made it 2-0, scoring off a rebound.

"We played really well against the wind, which is really hard," McDermott said. "I was just hungry for a goal. So what I was thinking was just, ‘Get it and go, keep on scoring.’ "

Bradley added the game’s final goal, nearly nine minutes into the second half, to give the Spartans a 3-0 advantage.

As the offense hit its stride, sophomore Kate Boyle held her own between the pipes for Sacred Heart. She finished with four saves, including a stop with 26:32 remaining to stymie the best look of the game for St. John the Baptist (0-1-1).

"[Boyle’s] like a sponge," coach Peter Bralower said. "I’m glad for her, it was a great experience."

Nothing about this season has been entirely normal, but Bralower added that the team’s motto is carpe diem, Latin for seize the day. The Spartans are determined to take advantage of every opportunity they get and this win was a step in the right direction.

"We needed to win this game, just for everyone’s confidence," Bradley said. "We found each other’s feet and we were able to put three goals in the net. So it was a good game."