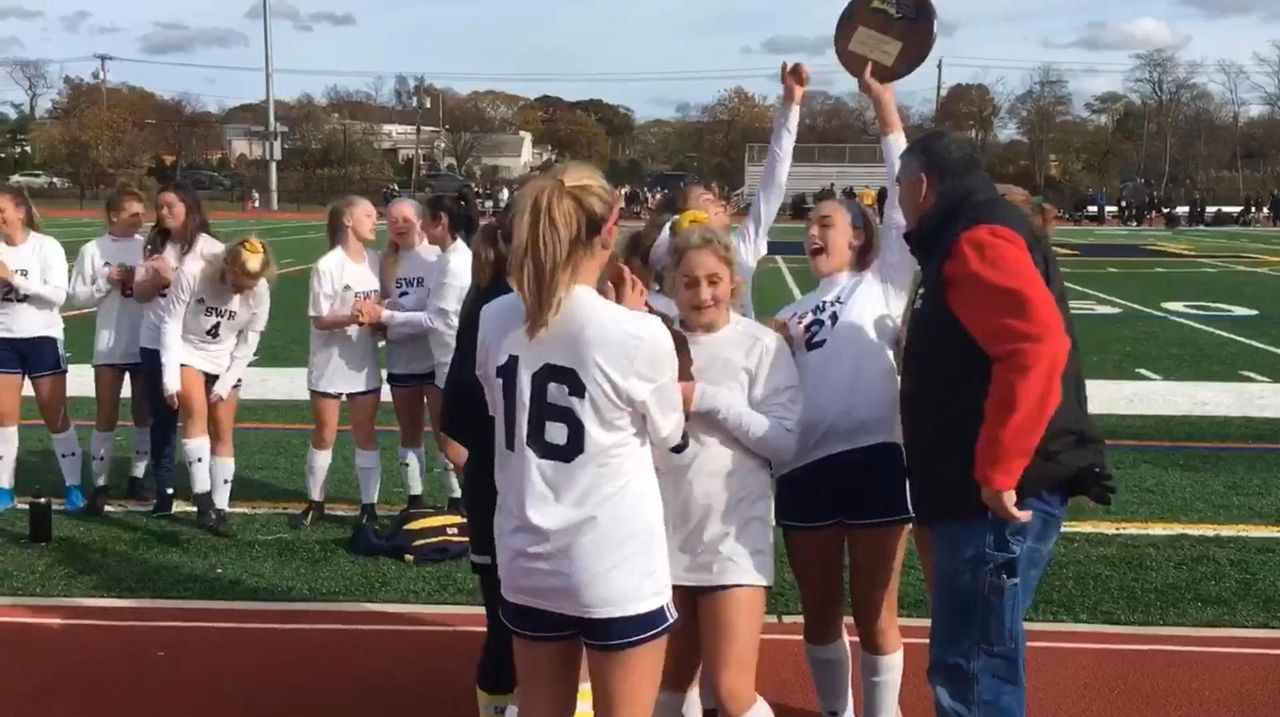 It may have been Ashley Borriello’s birthday, but she gave the best present of the day.

With the score tied at 1 following 80 minutes in the Long Island Class A girls soccer championship, Borriello delivered for Shoreham-Wading River.

The junior chased down a loose ball at the end line and sent a cross to the middle of the field, where Elizabeth Shields finished 1:43 into overtime for the go-ahead goal. Shoreham-Wading River held on to defeat MacArthur, 2-1, at Berner Middle School in Massapequa on Saturday.

“It’s just crazy,” Shields said. “She played so well on her birthday and we really did this, not just for us, but for her. We wanted to give her something good today and it was not losing.”

After the game, the team sang ‘Happy Birthday’ and even had cupcakes for Borriello on what could only be considered the sweetest of a 16th birthday.

“This is so exciting,” Borriello said. “I think this just topped it off. It’s the best birthday ever.”

Shoreham-Wading River (15-2-2) advances to play Jamesville-DeWitt in a Class A state semifinal at SUNY Cortland’s Red Field at 3 p.m. on Nov. 16 It is the Wildcats’ first trip to the state semifinals in program history.

“Honestly, I don’t think it really set in that we are the first team to go from Shoreham,” Shields said. “ ... We felt from day one that if there was a team, we were going to do it this year.”

The Wildcats wanted to start the overtime period fast and did just that. Shoreham-Wading River started on the attack, culminating in Borriello chasing down the ball for Shields’ goal.

“I just knew I was going to get it and it’s not going out,” Borriello said. “And if I can’t shoot it, I’m going to cross it back and hopefully there’s someone there to finish it.”

Lakin Ciampo scored the tying goal from 18 yards out off an assist from Gianna Cacciola with 33:20 left in the second half for the Wildcats.

“They don’t give up,” coach Adrian Gilmore said. “It’s easy to be up, but it’s hard to come back, especially in a high level game. These girls, it’s emotional. They are 16, 17 years old, so there’s a lot on them, so to be able to bounce back after down 1-0 [is impressive].”

“Coming in, we knew we had one of the best defenses in Suffolk County,” Gilmore said. “And I think they showed that.”

And with Saturday being a special day for Borriello, her teammates wanted to make sure it was a happy one.

“Ashley always plays amazing, but today there was just something else there,” Devall said. “She worked hard the entire game, she always does. But today was just different.”